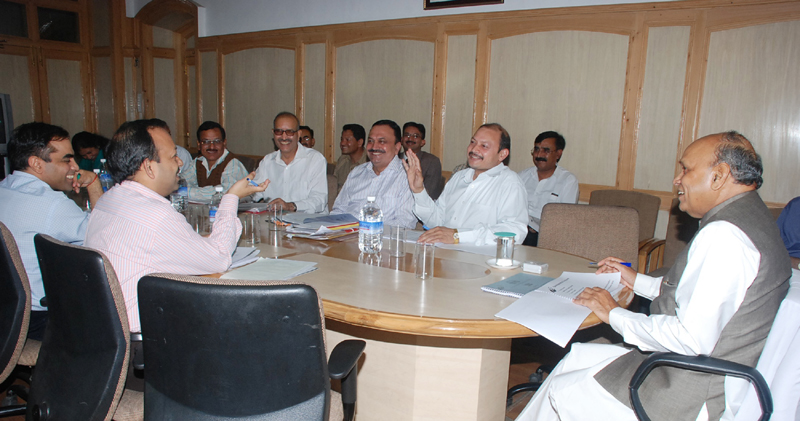 Shimla: As many as 1,27,211 farmers were provided relief on Rs 211.5 crore loans taken by them from the State Cooperative Bank under famers debt waiver and Debt Relief Scheme, 2008, chief minister Prem Kumar Dhumal disclosed today.

The chief minister who reviewed the functioning of the cooperative department said that so far Rs 118.44 crore had been passed on to the beneficiaries and asked the authorities to ensure that the benefit was extended to every loan taker under the scheme.

To strengthen the cooperative movement, the government was in the process of formulating a new HP Self Reliant Cooperative Societies Bill based upon model laws suggested by central government committees, he said.

The proposed law intended to make all primary cooperative societies self reliant and the state government would only retain extra-ordinary powers to periodically review the activities and secure deposits of its members.

If required, amendment in the Cooperative Societies Act, 1968 and HP Societies Act, 2006, would also be examined with a view to provide depositors of primary cooperatives full voting rights, audit conducted by chartered accountants, as decided by general body, while Registrar would be carrying special audit, he said.

It was also being examined to keep society defaulters, for certain period, out of the quorum strength for election purposes and deploy inspector from adjoining area to complete the process. He said that dispute resolution at society level would be carried through arbitration council constituted by general body.

Elections, audit and inspection were three major activities being looked after by the state government to ensure that the membership fund was utilised for the bonafide purposes only and there were no misappropriation of such deposits.

Dhumal underlined the need for computerisation of the entire cooperative network so as to bring about transparency, efficiency and open access to activities of the societies.

Shrikant Baldi, secretary cooperatives stated that about 13,000 persons were employed in cooperative societies.