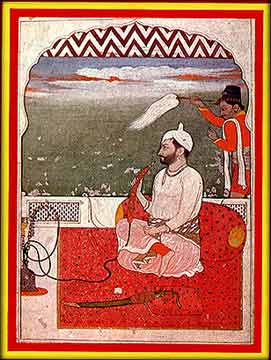 Shimla: Art lovers will get to appreciate rare Pahari miniatures under an memorandum of understanding signed between Himachal and the national museum authorities in Delhi, who have agreed to loan out 50 rare miniatures for display at Kangra Arts Mueseum, Dharmshala.

The agreement was signed by Prem Sharma, director art, language and culture â€“ Himachal and Ms Daljeet on behalf of the national museum in the presence of other officials in Delhi, on Wednesday.

Sharma disclosed that the matter had been pending since 2002, when the state had put forth a proposal for displaying these classic miniatures that belong to Kangra, Basoli, Bilaspur and Chamba miniature schools of painting.

Kangra Museum would be enriched by these world famous paintings and these will be add to attractions for international tourists visiting Kangra valley, he said. The paintings on loan would be insured, transported and put on display by September, he added.

National museum would provide conservation and restoration services for display of these paintings which would be housed in a gallery with a 22 degree Celsius constant temperature and a stable humidity of 50 to 55 % for maintaining their physical standards.

Inauguration of the special gallery would conincide with holding a national level seminar on miniature paintings in Dharmshala, the director announced.

The department had also signed an agreement with Janjatiya Akadami, Baroda for setting up a on Himalayan studies research centre at Jamta in Sirmour. The centre would conduct studies on Himalyan folk, arts, culture, music, folk lores and other related issues, he said.