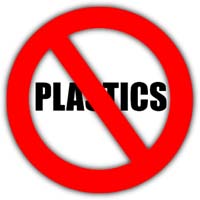 Shimla: With the government intending to ban carry bag plastics of all kinds and one time usage items like disposable cups, plates and other such items made from plastics completely, skeptics hold that with earlier bans were being flouted, enforcing the new law would be an uphill task.

Presided over by chief minister Prem Kumar Dhumal, the cabinet last week agreed upon a complete ban on any kind of plastic carry bag, one time disposal plastic items like cups, glasses, plates etc. The state wide ban is proposed to come into force by 15th August, a government spokesman stated.

While a ban on usage of recycled plastic bags under HP Non-Biodegradable Garbage (Control) Act, 1995 was enforced in 1999, bags with a 70 micron thickness and 18 by 12 inch sizes made from virgin plastics were permitted.

By imposing a complete ban on carry bags for marketing purposes, all clandestine supplies will be contained. Manufacturers will be asked not to sell or stock them in the state and banning disposable plastic cups and plates would help to curtail non-biodegradable litter, said Thakur. A penal fine would be a deterrent, she added.

Guman Singh, environmentalist with Himalaya Abhiyan Nithi approving the governmentâ€™s action said, â€œjust banning usage of plastic does not make the law effective as awareness needs to be created as well as alternatives need to be made available.â€

â€œThe government banned plastic carry bags a decade ago, but when one is shopping for fruits and vegetables on the streets, vendors pull out the very banned bags from under the shelves and hand you the purchased items in them,â€ he said.

By enforcing the new law, we may reverse our habits to the pre-plastic days by using bio-degradable plates and steel or glass glasses at social functions like marriages but curtailing plastics used in packaging of milk, bread, food and goods items is a difficult proposition, says Meena Thakur, a housewife.

Since Himachal initiated steps to curtail plastic bag usage, other municipalities and state governments in the country have followed suit to contain damage caused by it in clogging drainage systems, litter and environmental degradation.