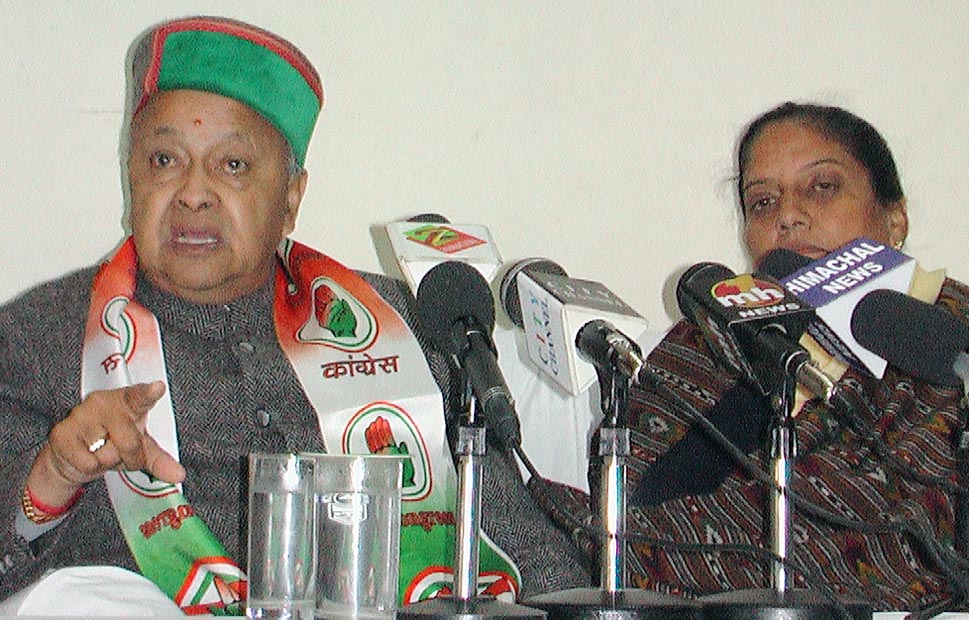 Hamirpur: Himachal Chief Minister, Vir Bhadra Singh today came down heavily on the BJP and its leaders for raising unnecessary issues only to grab the power. People of the state knew their evil designs and would once again reject them, he told reporters here today. He said that pro-congress wave was sweeping across the state and the party would once again form its government with thumping majority.

He dubbed the BJP rallies held in various parts of state on Wednesday as big flop. BJP failed to attract the people to listen to its national level leaders as they were for Congress to rule the state, he told reporters in Hamirpur today. He said that only a few hundred people and that too the hard core BJP workers were present in these rallies.

Chief Minister said that those who shielded the corrupt during their regime had no right to seek votes on issue of corruption. He said that though former Chairman of the HP state subordinate services selection board was convicted in three cases of wrong selections and favoritism, the man behind the entire show was none else but Prof. Dhumal.

Talking about the rise in prices of various commodities and failure of the state government to curb those, he dubbed these allegations of BJP as false and untrue. He claimed that prices were still under control and there was no shortage of any type of food grains and other essential commodities on the fair price shops in all parts of the state.