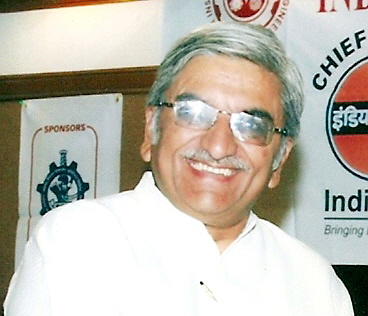 Shimla: Dr. Anil Wilson, former Vice Chancellor of Himachal Pradesh University, today died with pancreatic cancer. Before his death he took a highly courageous step of donating his body for further medical research on the disease. He was buried at the Nicholson Cemetery in Delhi.

Dr. Wilson was a renowned administrator of academic institutions and prior to having taken up the assignment of vice-chancellorship at HPU was principal at the reputed St Stephens College, Delhi for many years.

Dr.Wilsons death is mourned by Prabha Rau, Governor and Prof. Prem Kumar Dhumal, Chief Minister. They prayed for peace to his departed soul and strength to bereaved family.

â€œDr Anil Wilson was an excellent academician, who not only started out as a lecturer in Himachal Pradesh University but later rose to first be pro-VC and then was Vice-chancellor,â€ said Gupta.

Paying tribute on behalf of the executive council, Waryam Singh Bains said, â€œThe remarkable contribution of Dr Anil Wilson as teacher, pro VC and VC of this university shall be remembered and recognised for all times to come.â€