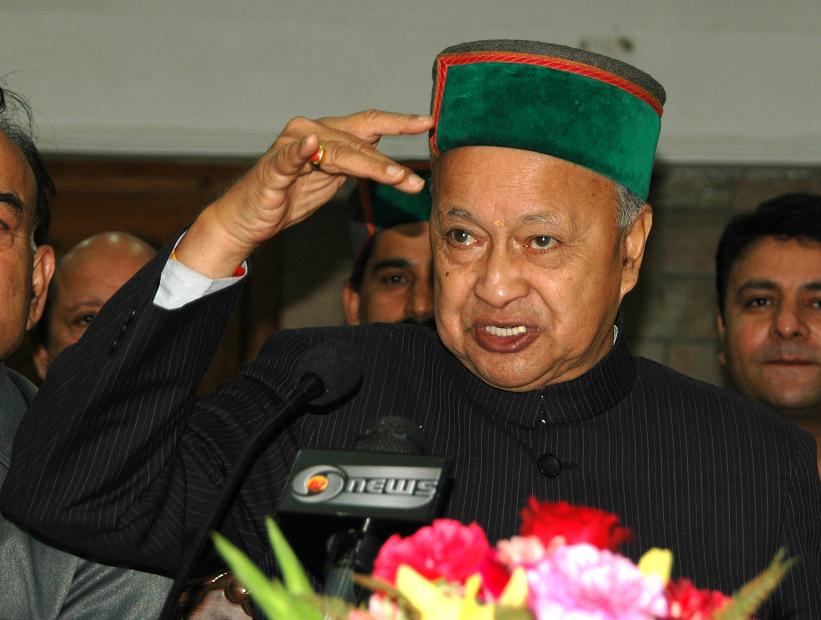 Shimla: Upon assuming a new role as a central minister, Virbhadra Singh, with a 26 year long term in state politics behind him said that the scope of working on a pan-India scale was challenging and different but not something which he had not done earlier.

However, the minister said that the chief minister office, which he held for five terms, though was a more pressure job but something that did bring about more satisfaction.

Speaking on state issues, he said that as a representative of the state in the cabinet he would discharge both responsibilities in the best interests.

Supporting the demand for increasing the industrial package to Himachal and Uttrakhand to its original term of 10 years, Virbhadra said that the original term which had been watered down because of pressure from other states was not justified.

Terming the centreâ€™s and state roles in development as complimentary and supplementary, the former chief minister said that to score bogey points states should not negate the centre role in rolling out programs like NREGA or the rural health mission (RHM).

However he expressed apprehension that Himachal by declaring urban or semi-urban health institutions as first referral units under RHM was scuttling the objective of the national program.

He said that the previous government had planned a government medical college in the central zone at Mandi as both north and south zones already had such institutions, which the present government has shelved. A private medical institution was no substitute for a government one, he said.

About chief minister Prem Kumar Dhumalâ€™s demand for imposing a generation tax, Virbhadra said that the state assembly has already passed a bill to the effect and it was awaiting the presidential nod as it was being resisted by consumer states.

On the ambitious rail track to Leh, the minister said that he was not sure about whether such a project was feasible or viable as he had not seen the proposal.

He clarified that the earlier state government had in principal cleared the controversial Himalayan Ski Village project but the final clearance was to be only given after assessing the detailed project report. The DPR was not submitted while I was in office, said Virbhadra.