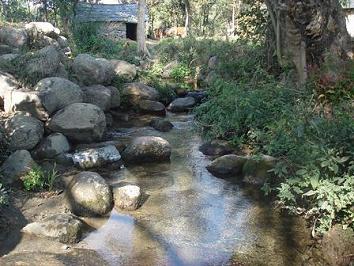 Dharamsala: Even as most part of winter has gone the hilly area of state is still in wait of snow. The hills that used to be loaded with heavy chunk of snow by this time are lying barren now. The snow covered slopes are rare to see and even high reaches have witnessed low amount of snow. The queen of hill, Shimla, is stillÂ  snowless this time except snow flakes on few occasions.

Kufri and Nalagarh that usually have over 2 feet cover of snow in winter have hardly witnessed over 1 foot of snow in this winter. Even the majestic Churdhar having altitude over 13000 feet from sea level has recorded low amount of snow.

Observations of past decades show, the snow quantity on famous Dhauladhar covering Kangra valley is on decline. Those were days in 80s and 90s when these ranges remained snow covered from October to July. The range starting from 13000 feet to 18000 feet began facing snow in September end that lasted till June. Even the lower hills of Dhauladhar got snow in November and by this time of year these hills were under over 3-5 feet cover of snow.

A very recent visit to Lahasa area (12000 feet), few kilometers uphill from Triund in Dharamsala showed the total lack of snow there, the area has little snow lying in nullhas and shadow area. During a visit to area in 1992, the snow as well as few glaciers could be seen there in summer. However now these glacier were no where to see.

The increasing global temperature has seemed to take its toll on large scale here. Ironically by June month the range gets bereft of snow except few snow covered pockets. Even it has been noticed that these snow pockets are gradually shrinking of fading from scene in the peak summer time now.

The water flow is less thanks to scanty rain and snow this winter, points out a woman while washing cloths in khuls near Banoi, about 7-km from Kangra. The water is decreasing with the each passing days and we fear shortage of water flow on large scale, rues a farmer of area.