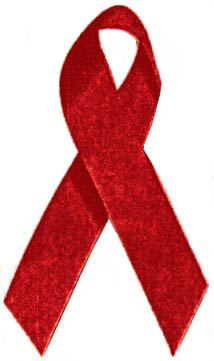 Shimla: With detection of HIV positive and AIDS cases rising, health officials have spread a network of testing centres in the hill state and intend to open up another anti retro viral treatment centre in Hamirpur where free treatment to patients can be provided.

Sentinel survey is got conducted by National AIDS Control Organisation (NACO), annually since 1998 to prepare a national epidemiological report on HIV status.

According to the survey’s preliminary data analyzed at Tanda medical college, the infection prevalent is estimated to be in less than 1 % (percent) of the total population, said Sharma.

Based on the survey, health officials project that there are about 6000 HIV+ve cases in Himachal.

Sharma disclosed that by setting up more testing centres, number of HIV+ve persons on record are 3308 of which 540 were full blown AIDS cases.

Of the estimated HIV+ve cases, we have been able to reach so many patients because we have set up 44 integrated counseling and testing centres. Hamirpur district, which some time ago was a hot spot for the disease, is now reporting lesser cases, said Sharma.

Number of orphans, who had either lost one or both their parents to the disease was also rising. Last count put the number of such children at 580.

Presently all orphans and other HIV patients for diagnostics and treatment have to get to the states only anti retro viral treatment centre (ARTC) at IGMC hospital in Shimla.

“Another ARTC will soon be opened up at Hamirpur, said Sharma. These two centre are to be linked up with six other sub-centres at Dharmashala, Una, Solan, Bilaspur, Mandi and Kullu.

Social stigma attached to disease and the costs associated to treat HIV patients makes them a economically deprived group. Funds from National Rural Health Mission have been deployed with district medical officers for financially assisting upto Rs 700 to AIDS orphan children below the age of 15. Traveling expenses of patients and one attendant are also paid for at the treatment centre.

Given the social stress the disease is causing chief minister Prem Kumar Dhumal had even mooted compulsory HIV testing for all persons getting married. In the absence of any legislation, the step had to be put on hold and only voluntary testing is being carried out.