Shimla: To boost agriculture productivity and enhance farm incomes, the state government is making concerted efforts for increasing investments under various schemes to achieve the target of four percent growth in agriculture under the 11th five year plan. 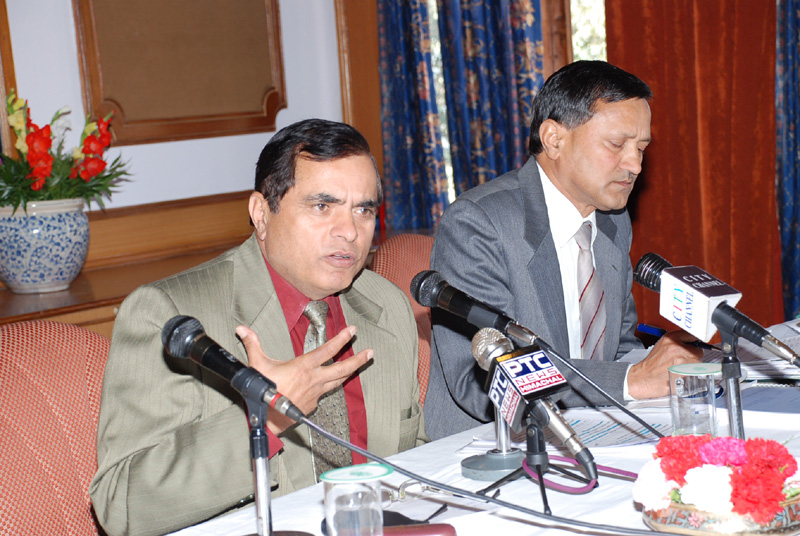 PC Kapoor, principal secretary agriculture said that the Rashtriya Krishi Vikas Yojana was being implemented in the state to achieve four per cent growth rate during the 11th five year plan.

Interacting with the media he disclosed that agriculture plans for all districts had been planned and a state plan keeping in mind the agro-climatic conditions, availability of technology and natural resources was being finalized.

The objective was to maximize returns for the farmers in agriculture and allied sectors under the given conditions, he said.

Under this project about 14.70 lakh square metre area would be brought under poly house cultivation and it would help about 10,000 people whose production of diversified crops would jump by at least 4 to 10 times and add to farmers incomes, said Kapoor.

He said that the another project for diversification of crop through use of sprinklers and drip irrigation had been submitted for NABARD funding.

“The Rs 146 crores program spread out over 4 years would bring 20,000 hectares area under sprinkler and drip irrigation, for which financial assistance amounting to 80 per cent investment would be given,” he disclosed.

He said that soil health testing under â€˜apni mitti pehchano’ program, which reveals the soil conditions and its suitability for particular crops, would be conducted for all 9.14 lakh state farmers and they will be given soil health cards about it.

Similarities between Japan and Himachal agricultural conditions had prompted the state to seek technical cooperation with them, said Kapoor.

A $ 500 million loan for improving productivity as well as for diversification of crops from Japan was under active consideration.

Japan International Cooperative Agency, a consultative agency was preparing a master action plan for the next 15 years on diversification of agriculture.