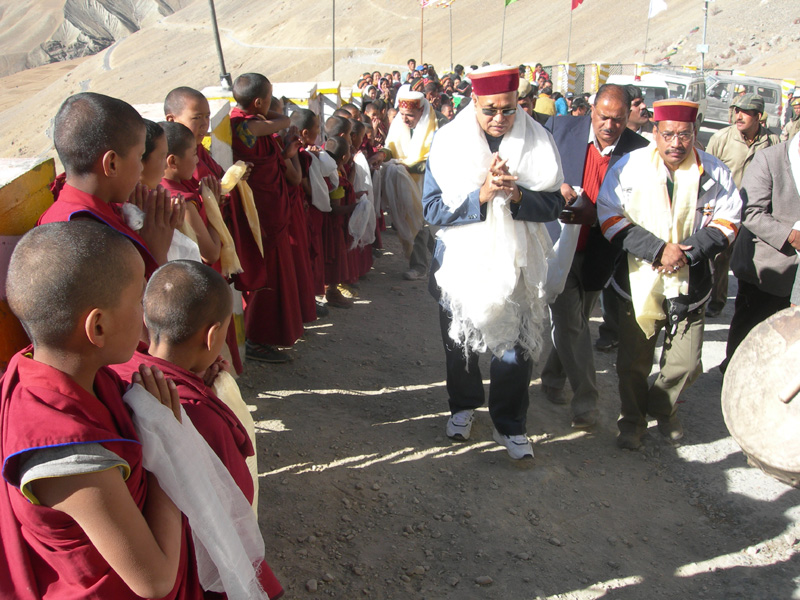 Himachal Government would be developing major tribal villages in Spiti Valley as Model villages by taking up the development of Kibbar village in the sub-division in the first phase by spending 3 crore on the infrastructure development in the cluster of Chichim, Tashigang, Getay and Kee in the Kibbar Model Village Development Project followed by other villages in the valley, revealed Prem Kumar Dhumal, the Chief Minister, as he addressed an impressive public meeting at Kaza in Spiti Sub-division of district Lahaul and Spiti.

Chief Minister said that Kaza, Kibbar and Tabo would be developed into model tribal villages by creating a quality infrastructure of all the basic amenities to cater to the requirements of the visitors to the valley. He said that Kaza, Kibbar and Tabo were fast emerging favorite destinations with the international tourists and in people’s participation quality boarding and lodging facilities were coming up which would change the economic scenario of the tribal sub-division.

The local educational institutions would be provided quality infrastructure, shopping complex facilities created at Kibbar, cultural centre developed in the village besides sewerage and street lighting facilities in the proposed villages. He further stated that the state government had earmarked 30 crores for concentrated development of Spiti Sub-Division under the Tribal Sub-Plan provisions.[/lang_en]