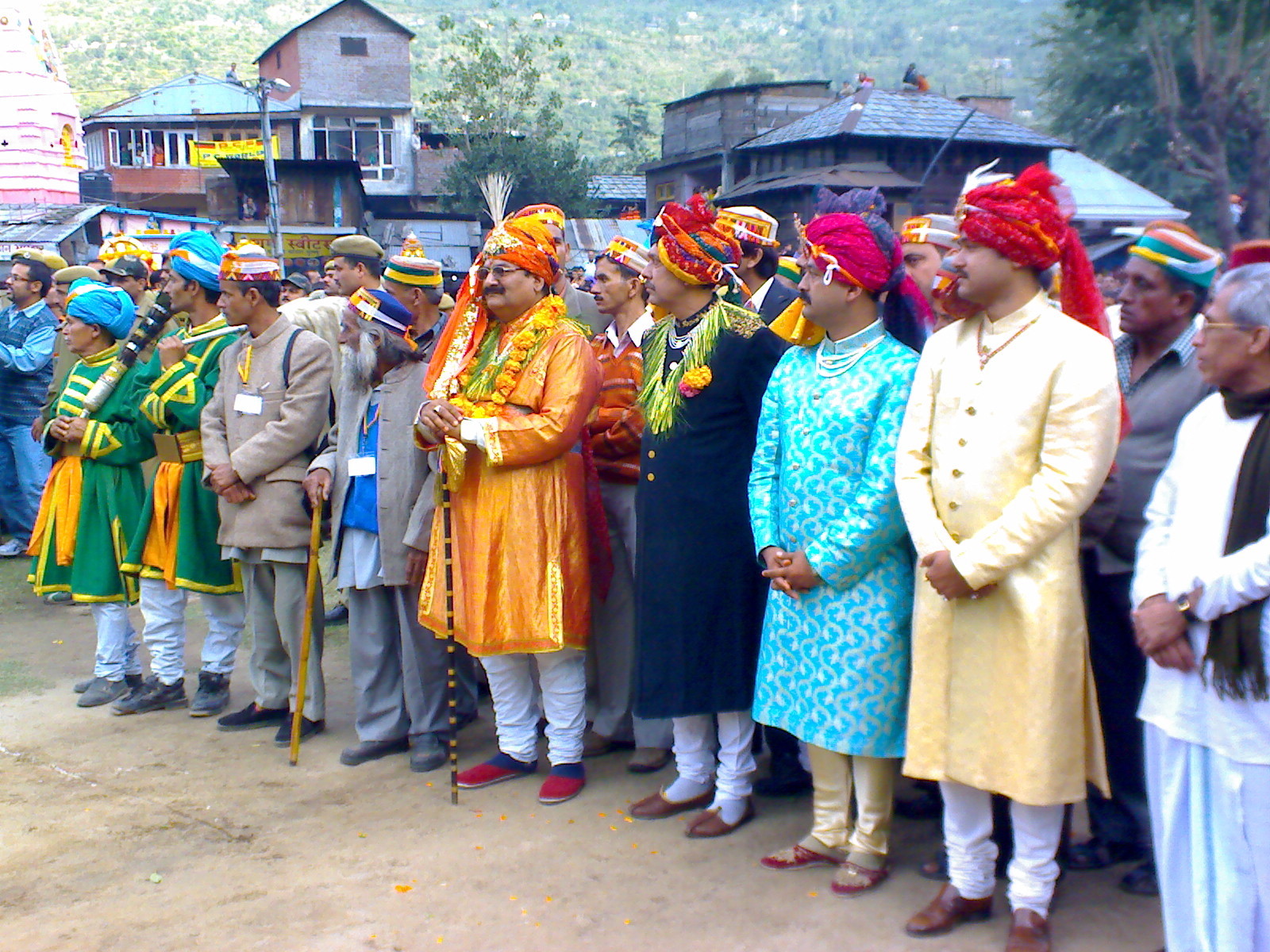 Kullu is also called the valley of Gods. Each village has its own Devta which is personified and is a part of the daily lifestyle of the Kullu villagers. The Gods of the Kullu valleys are the richest persons of the villages. The villagers save and donate a lot of their hard earned money for the God who usually is made up of solid gold. The Gods are important because they are the courts , hospitals and entertainment channels for these people. The God is usually looked after by a Pujari (who takes care of the rituals of the God like bathing, doing hourly Pooja’s or prayers).

The Pujari is hereditary which means the poojari’s family continue to look after the God generation by generation. They also own the God’s lands and can cultivate in them. The other person is called the ” Goor” or the voice of the God in trance. This may be anybody from the village and usually goes in a trance at special occasions where it becomes the voice of the God. Through him the God can settle divorce cases, adultery, fights, family problems, diseases and what problem have youâ€¦.


The Gods of the Kullu valleys are very social and humanized . They have friends and enemies. They like to travel from village to village and also go on pilgrimages. They are beautifully kept in temples which are usually the highest buildings in the village.

Dusshera is a unique fair held every year in October. It is a beautiful amalgam of history, rich culture and customs. Unlike other regions of India here effigies of Ravana, Meghnath and Kumbhakarana are not burnt. This is how victory of good over evil is depicted. Kullu Dusshera starts usually on the day it ends in the rest of the country. It all started back in 1637 A. D. when Raja Jagat Singh was the ruler of the Valley. One day he came to know that a peasant Durga Dutt of village Tipri owned beautiful pearls, which the Raja wanted to obtain. Durga Dutt tried to convince the Raja by all means that the information was wrong and that he owned no pearls, but all his pleas were in vain.


The Raja gave him a last chance. Durga Dutt got so scared that he burnt down his own family and house and cursed the Raja for his cruelty. His curse resulted in Raja’s leprosy and as he realized the fact he felt guilty.

Kishan Das known as Fuhari Baba advised him to install the famous idol of Lord Raghunathji to get rid of the curse of the peasant. He sent Damodar Dass to steal the idol from Tret Nath Temple of Ayodhya who finally brought it from there in July 1651 A. D. After installing the idol he drank Charnamrit of the idol for several days and was in due course cured. He devoted his kingdom and life for the lord and from then onwards Dusshera started being celebrated with great splendor. Thus on the first fortnight of Ashwin month (mid September to mid October), the Raja invites all the 365 Gods and Goddesses of the Valley to Dhalpur to perform a Yagna in Raghunathji’s honor. 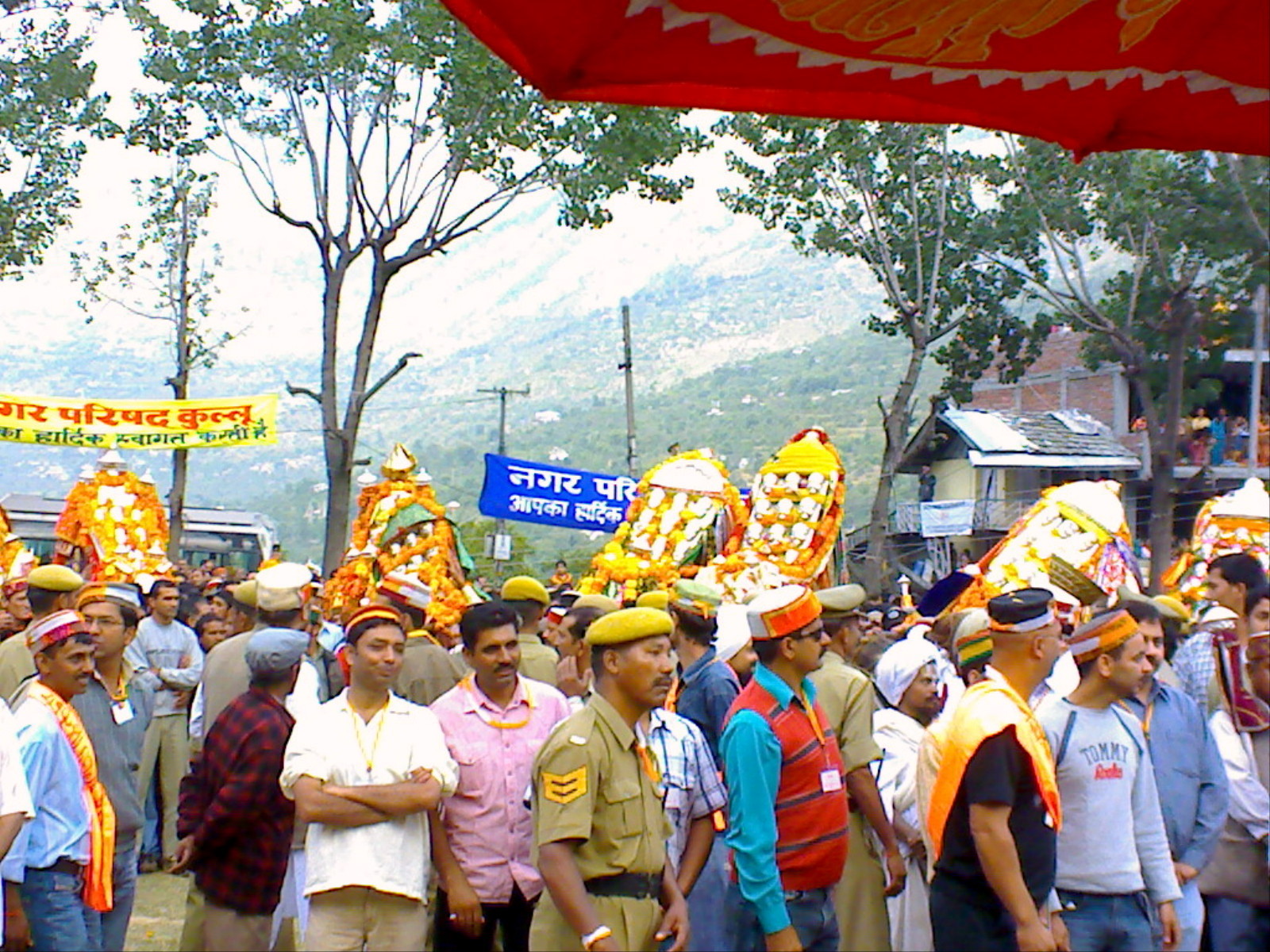