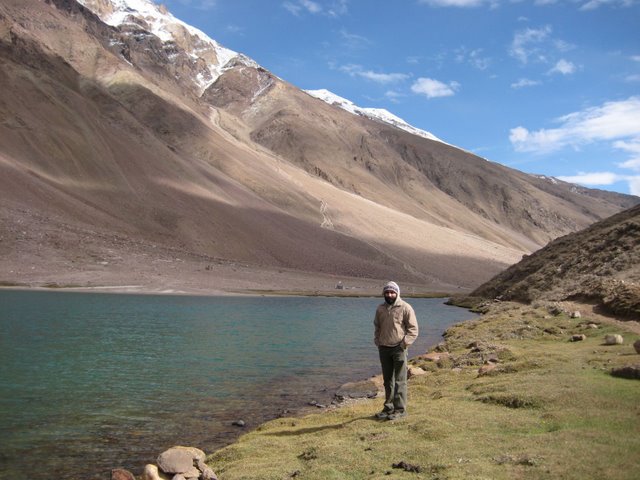 “Sometimes in life, a simple journey becomes the journey of your inner awakening and takes the form of a pilgrimage”

I remember 3 years back when I took a motorbike trip from Delhi to Leh, I had started preparations almost 2 months in advance which included arranging money, getting my Royal Enfield bike in shape, buying spares, customized side carrier to hold my luggage along with petrol cans, medicines etc. etc. etc. But this time, when I thought about doing a trip to Spiti Valley, fortunately or unfortunately I didn’t do any planning, in fact I wasn’t even quite sure if I was going to Spiti Valley (don’t ask me the reason for this). 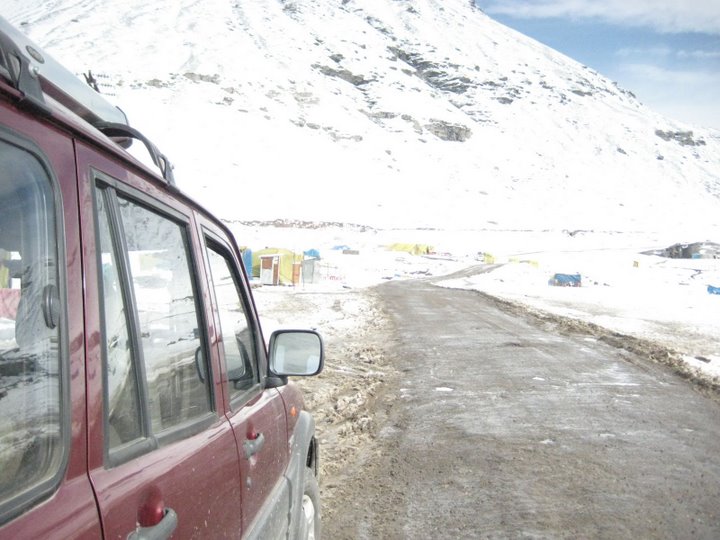 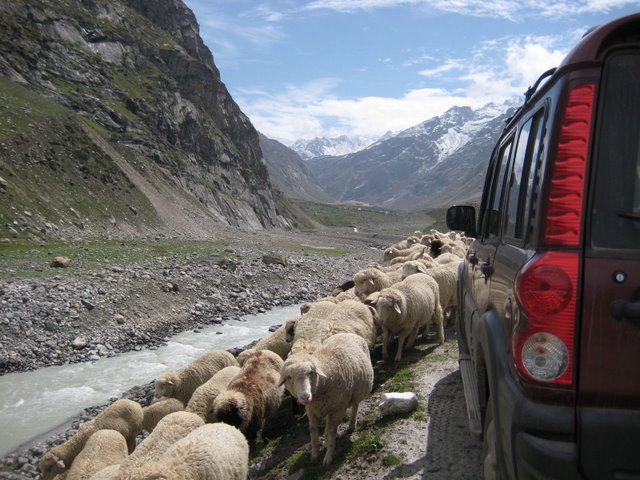 This time instead of choosing my Royal Enfield, I decided to drive in bit of a comfort and took my Mahindra Scorpio SUV. It’s quite a trusted companion and I have done almost whole of India trip and numerous Himachal trips on my Scorpio.

I started early morning from Delhi and headed for Dharamshala, my original thought was to spend a few days in Dharamshala and then go to Manali from there. Now, I will not write about Delhi to Manali travel as most of you must have done that several times, so I don’t want to bore you with descriptions of hotels and dhabas and all the tractors and cattle crossing the express highways etc. 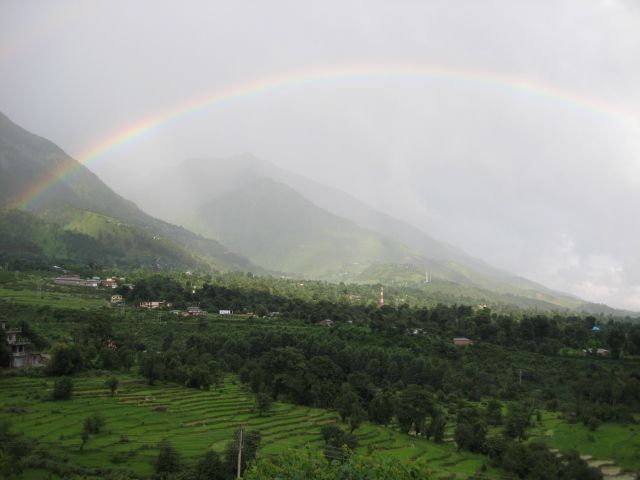 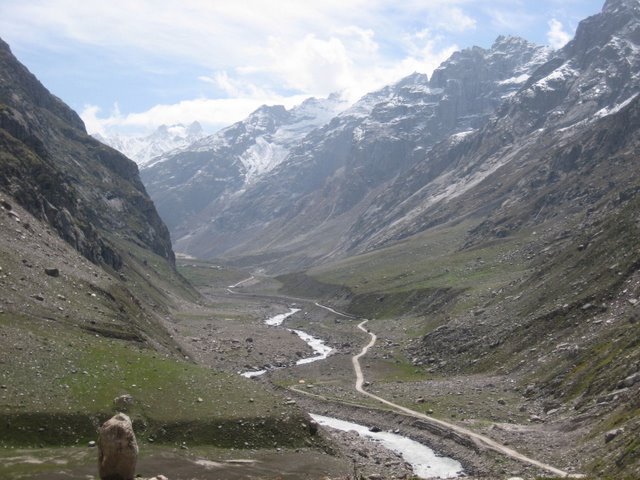 So, here I was in Manali with an American couple friends of mine, they were kind to offer me stay at their nice house near Vashisht. My friend David, who is now a Buddhist, has been to Spiti Valley a couple of times and he shared some interesting stories and cautions with me over drinks that night. It was raining throughout the night and I head some local people say that it snowed at Rohtang Pass. snowed??? Early September??? I couldn’t really believe that.

Next morning around 4.30, I packed my bags, settled the entire luggage in the boot of Scorpio (I have both back seats removed for carrying luggage for such trips) and started off. 2 kms. Up the road, I saw some trucks parked on the narrow road, sure a sign of road block. So this was my 1st encounter with road situation. A truck had broken down and the road was so narrow that not even a cycle could cross that patch. Both sides of the road had approx. 5-6 feet deep empty ditches. Around 10-15 vehicles were stuck there, we all got together and started putting big boulder on one side of that ditch. It took around 3-4 hrs. to fill that space with around 30 people working (all voluntary) to create a very risky alternate road to cross that patch. So, here I was a dare devil to cross over that unstable, hand made bridge with boulders, thanks to my Scorpio and my driving skills. I crossed that without any scratch on my car’s body. 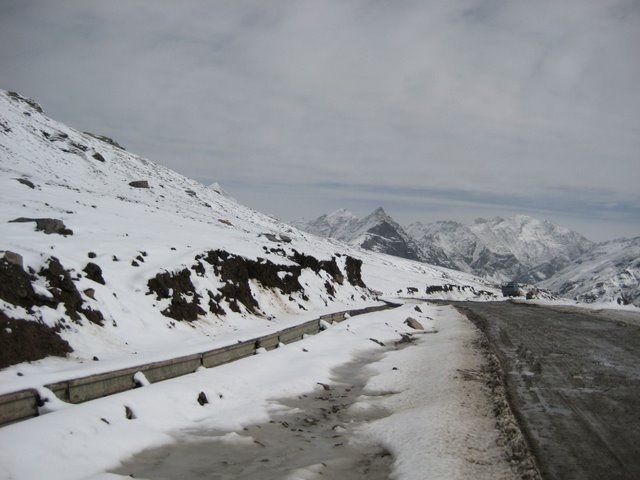 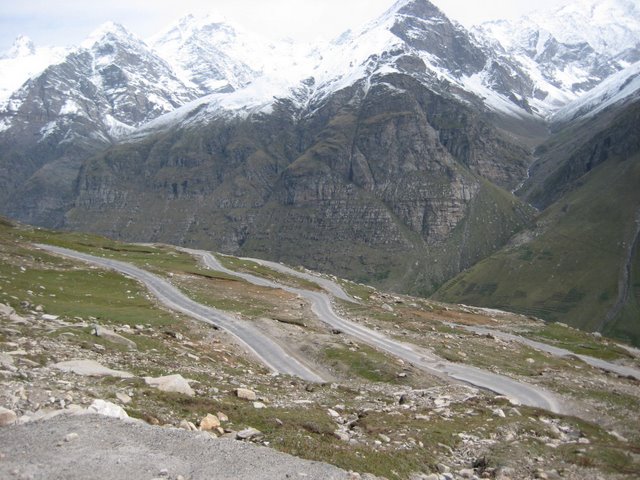 The road from there upto Rohtang pass was in bad shape, thanks to Himachal govt. for taking the task to widen that route, the result, all slushy, bumpy ride. As I was approaching the Pass, I started seeing the snow peaked mountains, I started realising that all around me was fresh snow, even at some places I was driving over 2-3 inches of snow layer on the road. When I reached Rohtang Pass, it was completely covered with 2-3 feet of snow and the local tea stall chap told me that it has snowed the whole night and I might face difficulty at certain places on that route. But in no mood to return back, I was decided to reach Kaza on that very day, so I carried on.

As I crossed the pass, the situation worsened for about next 5-6 kms. Heavy snow, few vehicles were stuck, but I was lucky because a few trucks and HP road transport buses had crossed by me, so they had already created the stable way.

I was constantly stopping and taking some of the most amazing shots of my life. I was feeling as if this is not earth, this must be a paradise, a heaven, fresh white snow all around, all the peaks were full of fresh white snow. I was witnessing nature at its best, it was really beautiful. Soon the snow view ended and I was reaching at Gramphu crossing. It must have been around 10.00AM. 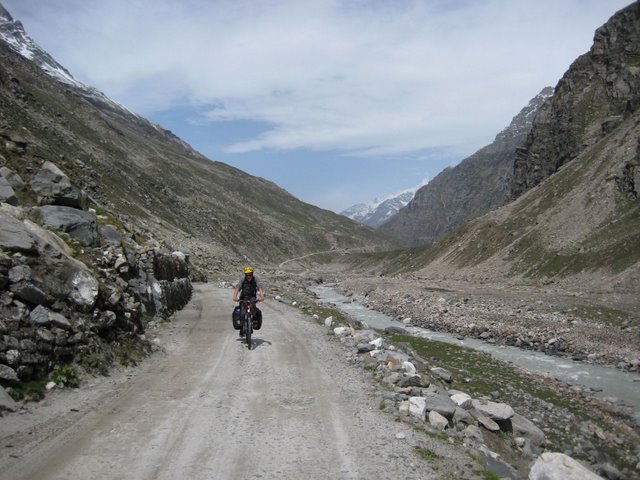 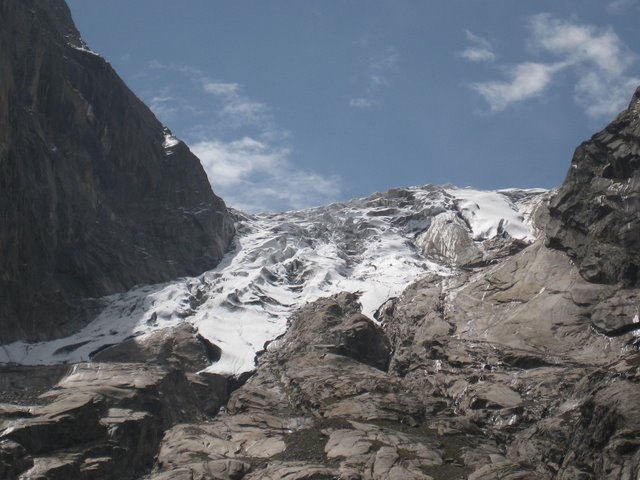 From Gramphu you have to leave the Manali-Leh highway and take the other route for Spiti Valley. There were a few tea stalls and a few passengers waiting for HP transport buses for Losar and Kaza. I passed thru Gramphu on this narrow road along a deep gorge. As I was moving forward, I was leaving the greenery behind, most of the mountains in this region were very rocky with very few grazing land. Few kms. On this road, I saw a cyclist in my back mirror, I was amazed to see this young man riding his bicycle. I stopped for a moment to have a conversation. This young man was from Australia and had already covered Manali-Leh and now he was heading towards Spiti. I was amazed at his stamina and courage to ride on a bicycle, on such inaccessible places, in an unknown country where he could not even speak Hindi and all by himself… amazing. 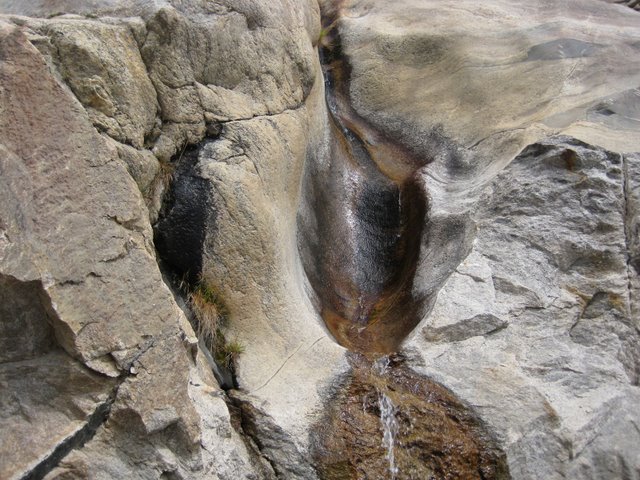 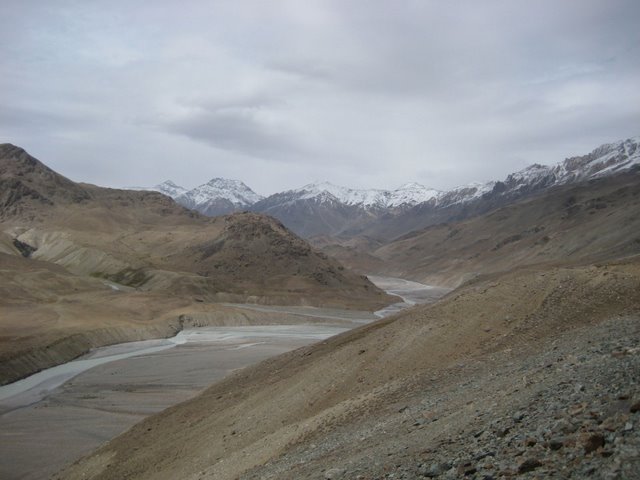 As I was moving forward, I was constantly admiring this entire terrain, very rustic, after every 1 km or so, there were some fresh water streaks coming from mountains, I actually stopped at a few such places, to drink the fresh water, wash my face and also fill some bottles. I drank water from such sources for next 7-8 days.