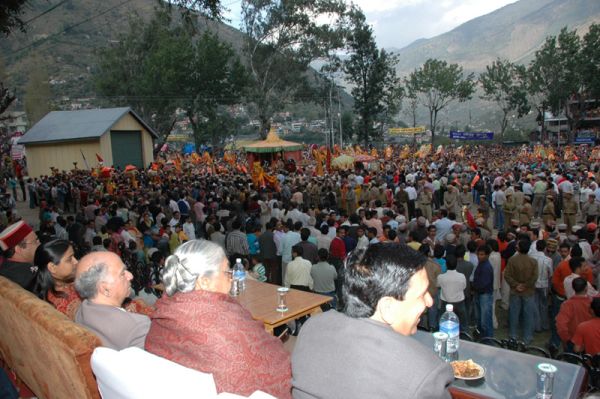 Addressing the gathering she said that Kullu Dussehra was distinct from the Dussehra festival celebrated all over the country as this festival commences at Kullu when Dussehra festivities conclude in the rest of the country. She further added that about 200 local deities converge at Kullu to pay obeisance to Lord Raghu Nath Ji, which makes the festival rare.

About 200 deities drawn from various parts of Kullu valley assembled in Dhalpur Ground to participate in the festival, which is being organized since the year 1660 in a traditional manner.

She also inaugurated the exhibition and visited the stalls put up by various Government Departments and Private Organizations. The festival is also celebrated as Folk Dance Festival and Cultural Troupes drawn from various parts of the country are participating in the mega event this year.