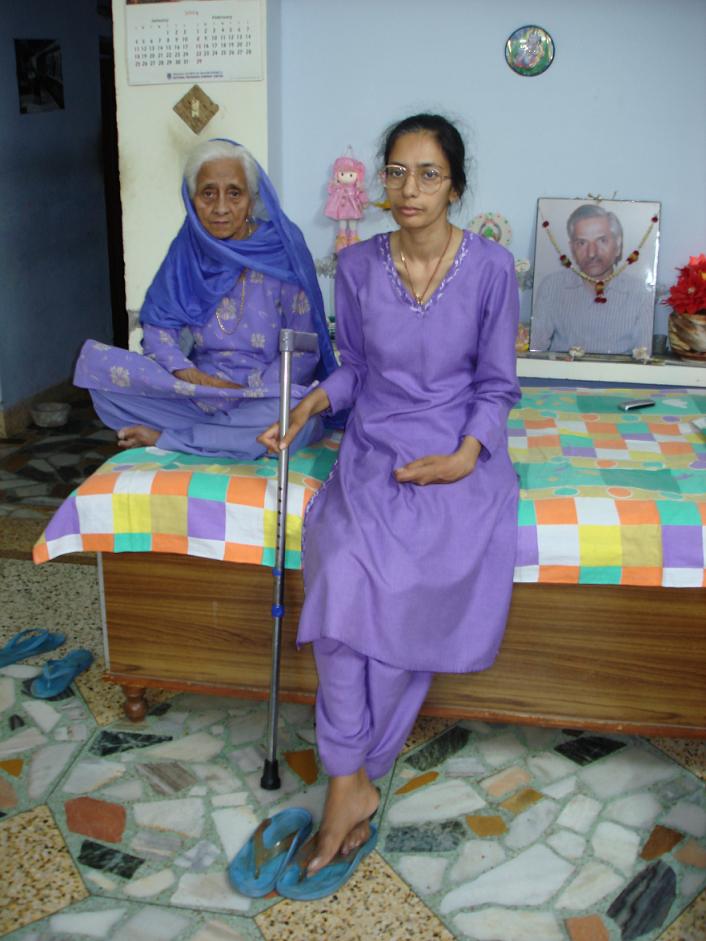 Palampur: Miss Seema Sood, a post graduate engineer (Gold Medalist ) from B.I.T.S Pilani ( Rajsthan ) in a letter addressed to President of India have appealed for mercy killing as she was confined to one room for the past thirteen years being bed ridden as her all joints of body were affected with arthritis. Her keen hips, shoulders and elbow were almost dead. Her wrist, fingers of hand and feet have no movement.

When writer visited Miss Seema Sood at here residence in village Tika Aima this evening, Seema who belonged to a poor family told that in the absence of any treatment her condtion had gone from bad to worse in past ten year, now she was no more willing to survive in the present circumstance. She said she was operated upon nine years back for knee ailment but the surgery had shown no improvement. Now the doctors had suggested her for the knee replacement, that requires over rupees ten lakh, which she was not in a position to pay as her mother was living from hand to mouth .

In tears Seema said that her father had died in the year 2000 and her mother was over seventy years old. Her only brother was serving in cooperative department drawing meager salary, he is in no position to bear such a heavy expenditure.

Fed up with the situation she has requested permission by the President of India to leave this world. She said there was none on this earth to take care of her. Today she was being looked after by her aged mother. In choking voice, Seema said she was in very miserable condition, without movement for the past many years, she could not even jump in the river or speeded train. She was confined to one room 10 feet by 12 feet for the past thirteen years.

Seema said she was fed up with this life because of endless pain, disease and humbly pray the President of India to grant her mercy killing.

Enquiries made by this reporter further revealed that Seema had requested the Himachal Pradesh government three year ago for financial help but failed to get any reply. Even she also wrote a letter to the then Chief Minister Vir Bhadara Singh, but none came for her rescue. Now her condition had gone from bad to worse and today she was not even fit for any more surgery.

Meanwhile local MLA Parveen Sharma called on her at her residence today and asked Seema to withdraw her appeal for mercy killing as Chief Minister Prem Kumar Dhumal would bear all expenses of her treatment. He assured that he had already spoken to the Chief Minister in this regard.