HAMIRPUR: Four persons are now left in the fray for contesting the bye election to Hamirpur Lok sabha seat on the final day of withdrawal of the nomination papers. No persons withdrew his name today making the contest four cornered.

While the polling for the seat will be held on May 22nd, the counting would take place on May 25th. 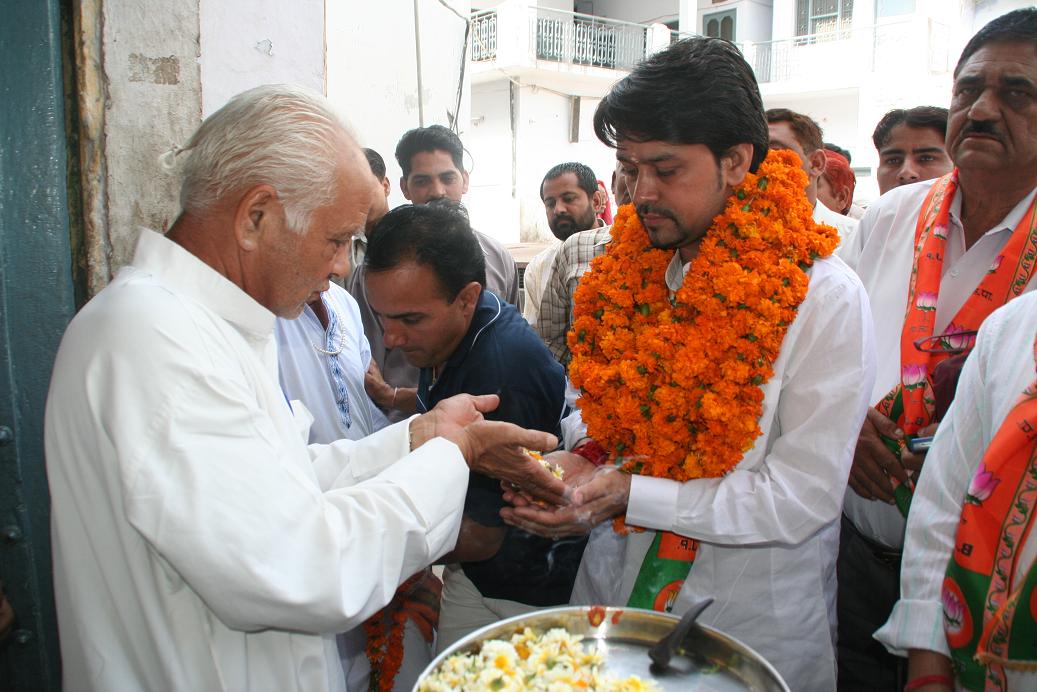 The bye election was necessitated after the resignation of Prem Kumar Dhumal from the seat. Dhumal is the HP chief minister and the BJP has given ticket to his elder son, Anurag Thakur.

With this, the main contest will be between Anurag Singh Thakur of BJP and OP Rattan of Congress.

A record number of 11, 73,362 voters will exercise their right of franchise for the seat. There are 5,88,294 males and 5,85,068 voters in the constituency spread over seventeen assembly segments in the districts of Hamirpur, Una, Bilaspur and Dehra revenue sub division of Kangra.

Hamirpur Deputy Commissioner and Returning officer for the seat, Ms. Nanditi Gupta told reporters that necessary arrangements had already been made for the smooth conduct of the polling. The work for training to the staff was in progress and the final phase would take place on May 19th.