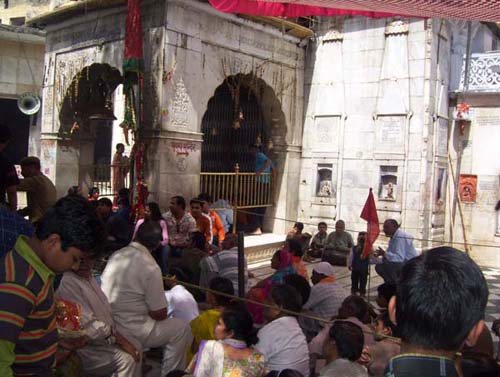 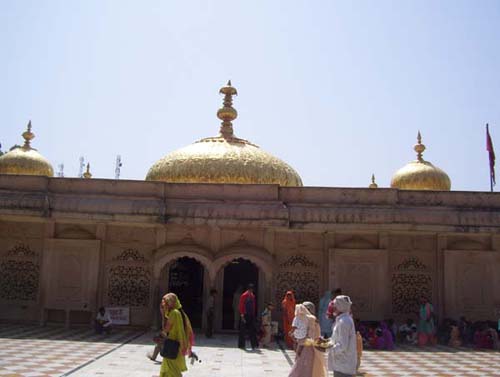 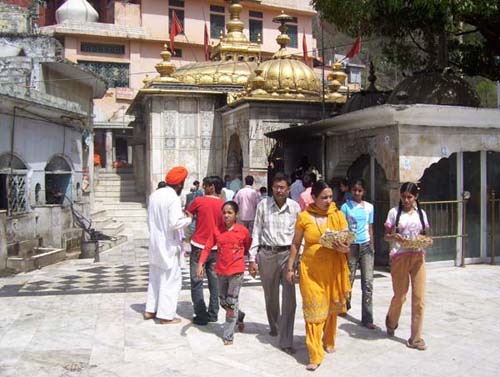 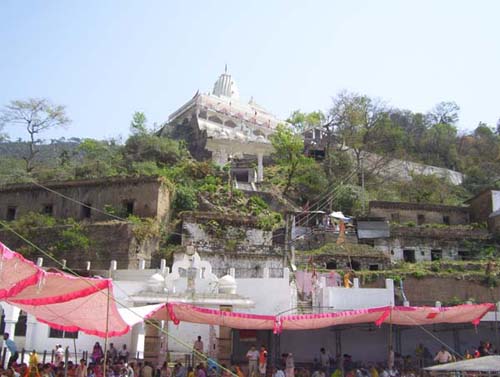 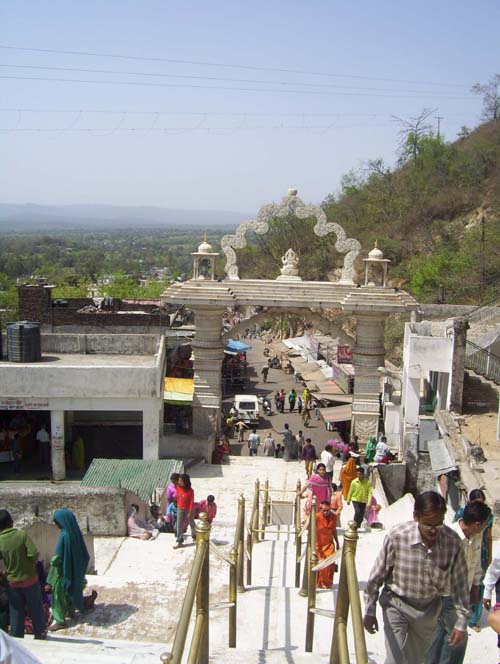 Jwalamukhi-The town was known for centuries as a trade and business centre and now marks its place on the world map with a religious sanctuary. Once part of the famous Nadaun kingdom, it was under the rule of Raja Amar Chand who succeeded his father, Raja Sir Jodhbir Chand, an illegitimate son of Sansar Chand.As per the historical records, the town was established by the Gosains, who were the primary inhabitants of the town. They declined due to their extravagance but left a trail by making the town on of the most important cities commercially. The principal export being opium, was collected from Kullu and sold here. In ancient times, the business was usually associated with Samarkand and Yarkand in Central Asia.

Mythologically, the town is linked with a number of Gods and demons. It is said that Adishakti took birth here. Hemkunt gave her a white tiger to ride on, Kuber facilitated her with a crown, Varun gave her clothes and water and the rest gave her lotus, garlands, conch, chakra and other powerful symbols. She was brought up in the house of Prajapati Daksha and came to know as Sati. Later on she was married to Lord Shiva against the wishes of her father. Once Prajapati Daksha organized a yagya and everyone except Shiva was invited. Sati in spite of Lord Shivaâ€™s warnings went over to her fatherâ€™s place where she was embarrassed badly. In anguish, she committed sati. In rage, Lord Shiva took to Samadhi. Lord Vishnu sent sudarshana chakra which struck Sati’s body and severed it to pieces. Her tongue fell at Jawalamukhi where some 800 years before a Brahmin devotee from far south built a temple to the goddess. Another mythological story recognizes the town as the place of Dhumra Devi. The ever burning flame in the town links it to the legend of demon king, Jalandhara. However, it is till date recognized as the highest seat of power amongst the 51 shaktipeeths.

The present temple is built against the side of a narrow valley. The interior has a square pit, about three feet deep with a path all round. The divine flame escapes from the crevices of the walls on the sides of the pot. There is no idol of any kind. The holdings of the temple have passed from the Gosians to Katoch Rajas and presently belong to the Bhojki community of priests.

Jawalamukhi sees navratra celebrations with a great fervor and enthusiasm. Thousands of devotees from all over the country participate in the 10 day long celebrations. With navratra starting from April 6, the town is already decking up for celebrations. The navratra mela will end on April 15. As per Mr. K K Pant, DC Kangra, elaborate arrangement have been made. Direct buses between Jwalamukhi, Chandigarh and Hoshiarpur have been routed. Traffic and security arrangements have also been decked up and a control room has been established. The town is all geared up to welcome tourists.