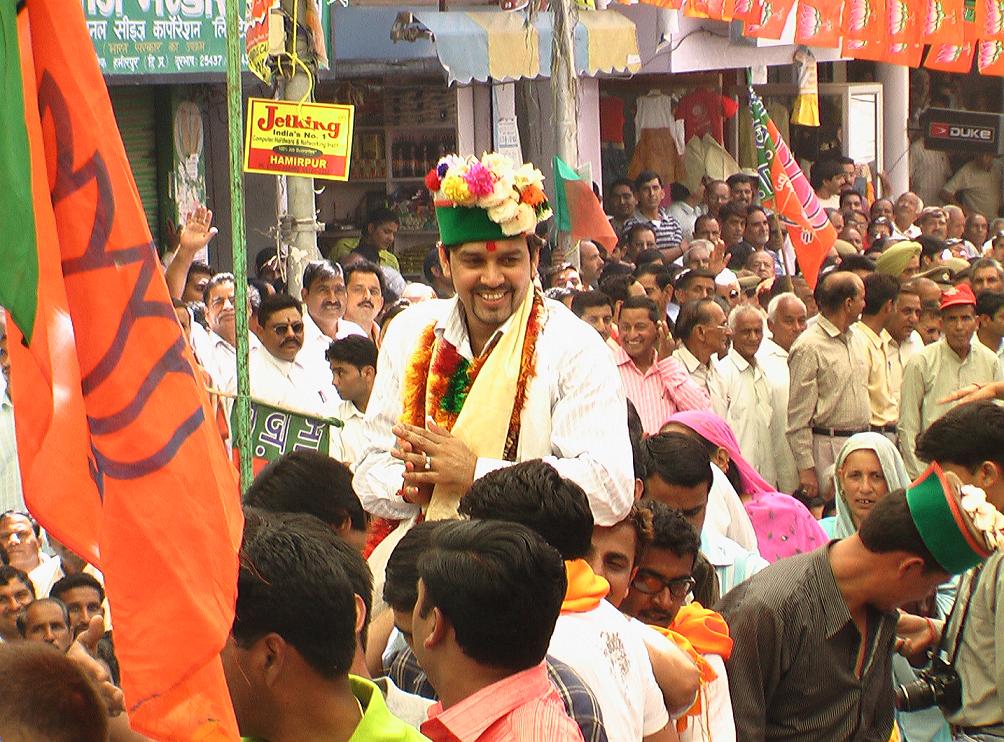 Anurag Thakur of BJP today filed his papers for contesting the Hamirpur Lok sabha seat, the elections for which will be held on May 22nd. This seat was vacated by his father, Prem Kumar Dhumal on his election to the state assembly to become the state chief minister.

Earlier amidst slogan shouting by hundreds of party workers, Junior Thakur entered the court room of the Deputy Commissioner, Hamirpur, Ms. Nandita Gupta along with only four persons to file his papers.

A massive party rally was also held at which the party leaders gave a clarion call to the people to vote for Anurag Thakur in the elections.

Chief Minister, Prem Kumar Dhumal in his address lauded the achievement of his party government during last four months and added that the development would be the major election plank of the party. Secondly, the party would also highlight the issue of the rising prices that was the creation of Congress led UPA government at the center.

He claimed that people were with the party and Anurag would win the election with an ease.

Sat Pal Jain, the party in charge for HP affairs exhorted upon the people to extend their whole hearted support to the BJP.