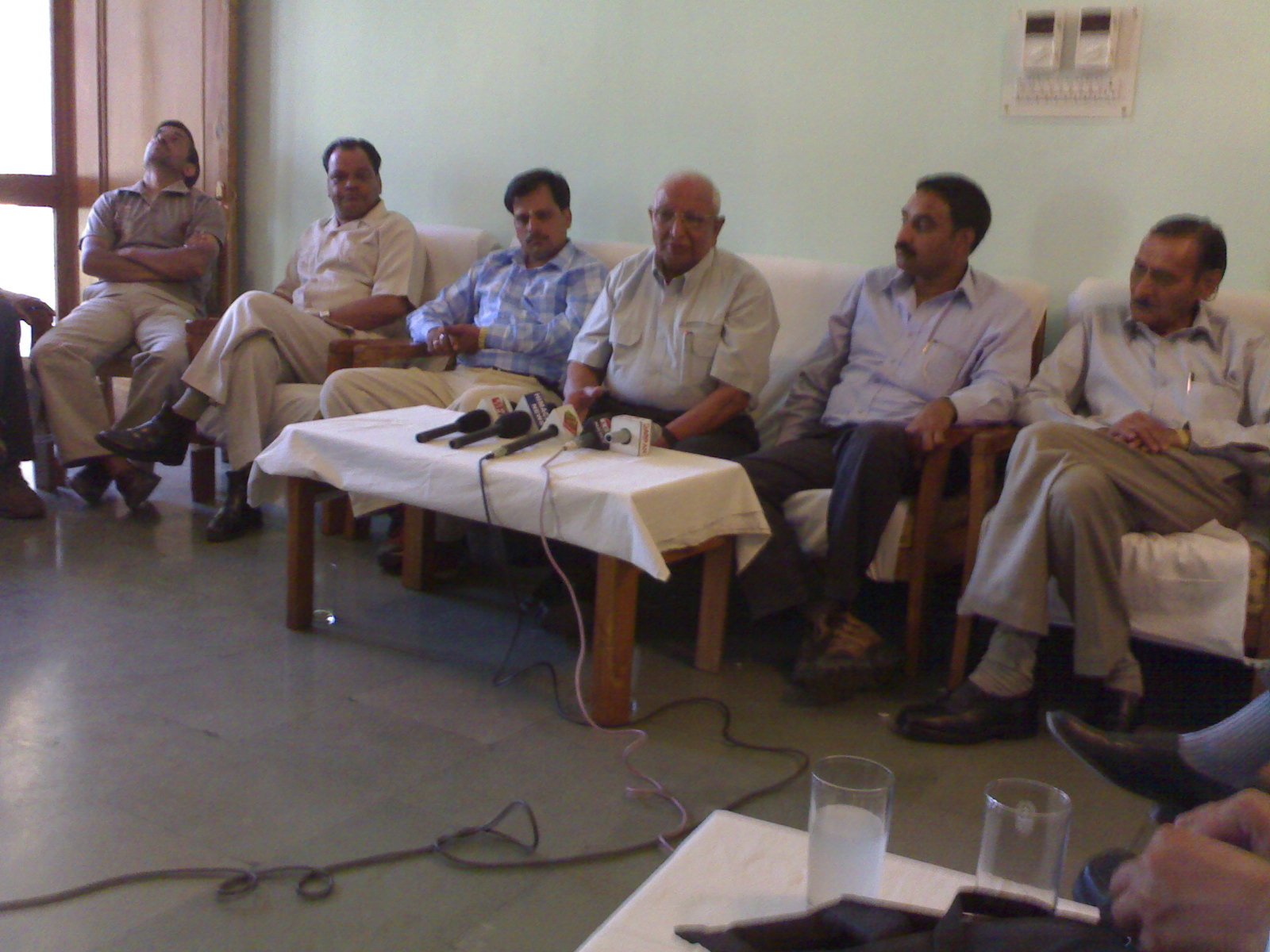 PALAMPUR: Mr. Brij Behari Lal Butail former Minister and senior congress leader today alleged that since when the BJP government had assumed power in the state all development activities in Palampur has come to standstill.

Addressing a news conference here this morning, he said despite the fact that adequate budget provisions were made by the previous congress government, the construction of various buildings had been suspended by the PWD authorities. He said for hospital and college complexes the congress government had sanctioned rupees five and nine crore respectively but the BJP government had left the buildings half way causing inconvenience to the general public. He said these two buildings were to be completed under a time bound plan and was to be inaugurated in December 2007, but because of early assembly elections in the state the inauguration was delayed. Now the BJP was in power, it had virtually neglected these projects.

Mr Butail alleged that the conditions of roads in past four months had gone from bad to worse. With the onset of summers, various roads in the region were to be metlled and tiered but in the absence of funds, PWD had failed to take up the metaling and tiering of roads. Later monsoon will come and the metalling would be delayed by a year.

He said after 31st March, there was no subsidized ration in the fair price shops. He regretted that congress was providing subsidized ration to people in the state. On an average the government was spending rupees 160 to rupees 400 per person on this scheme. But the BJP government had failed to continue this scheme. Though it had not withdrawn the scheme but not supplying the ration to fair price shops.

He said during elections tall promise were made by the BJP leaders but after assuming power, they were raising the issue of financial crises. He said in 1998, when BJP was voted to power, it had badly failed to deliver the goods and people ousted it from the office.