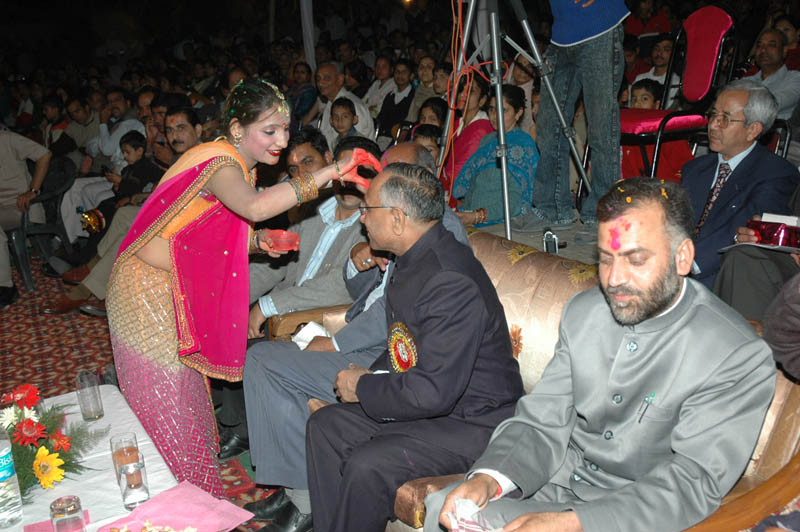 Kokje said that the Holi festival of Palampur had carved out its distinct place amidst the fairs and festivals of the State with its traditional splendour well kept-up in the face of the present changing social scenario.

Governor evinced keen interest while taking a round of the exhibitions installed by Women Self-Help Groups and appreciated their efforts as a big stride for making themselves financially self-reliant. He also honoured six local persons for their best contributions made to the successful organization of the fair.

Earlier, Praveen Sharma, Local MLA and Chief Patron of the Holi Festival welcomed the Chief guest and said that this fair was being celebrated for the past over three decades.