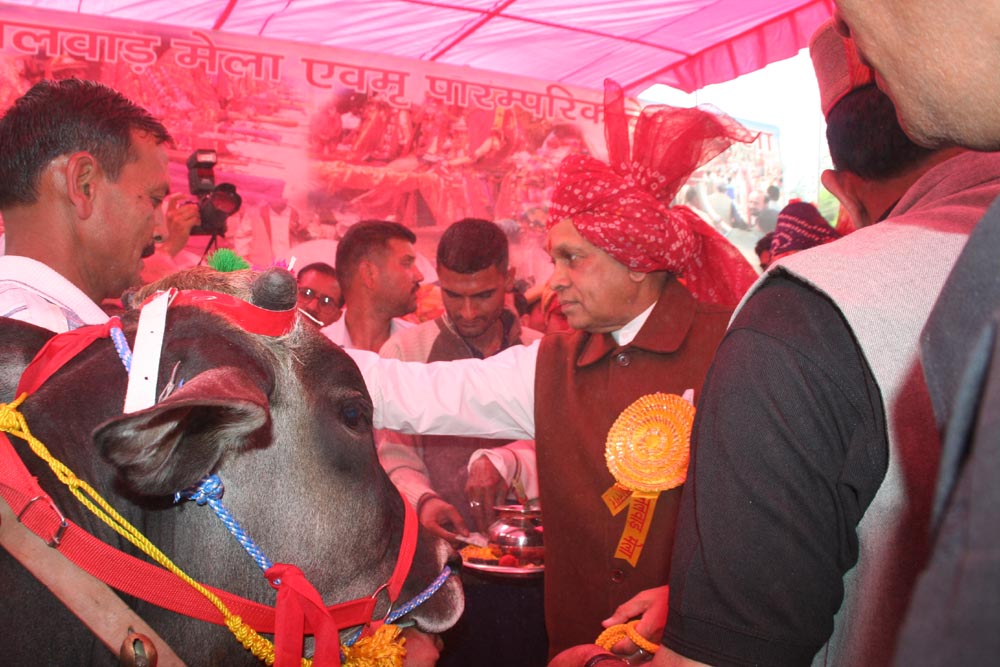 Addressing the inaugural ceremony after unfurling the Mela Flag, Chief Minister said that State would be striving to increase agriculture SGDP upto 50 percent to strengthen the agro-economy with diversified farming and cultivation of cash crops and provide rural people self-employment avenues in agriculture sector.

Chief Minister said that cattle fair were directly linked with the agro-economy since trading of oxen had been taking place during such fairs and every farmer visits the mela to buy best pair for ploughing their fields. He said that the significance of domestic animals was still of utmost importance with the hilly farmers where scientific farming was not practical. He emphasized the need to rear best species of the domestic animals to carry their agricultural activities more effectively besides adopting the modern scientific modes of farming.