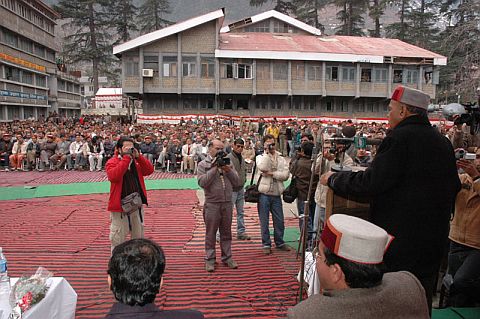 Shimla: Prof. Prem Kumar Dhumal today addressed a public meeting at Kullu where he stated to reward the efficient and honest officials for their outstanding performances in execution of developmental and welfare projects Himachal Pradesh in order to create work culture in the state. He also said: