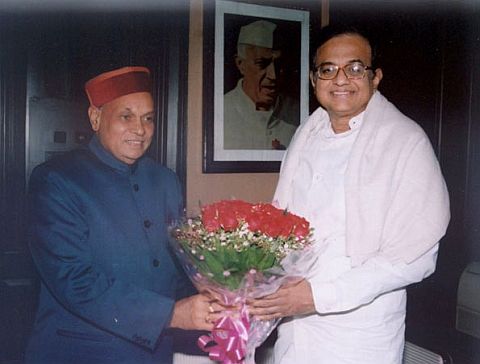 He also requested many other requirements like: to sanction Rs. 800 crore for Shimla Water Supply Scheme under Jawahar Lal Nehru Urban Mission, to set-up an eco task force comprising of ex servicemen for preserving the ecology and environment of the state, to extend industrial package upto the year 2013, to initiate proper action for setting up of an IIT and Central University and he also demanded the funding of 856-megawatt projects, the Central Government and Union Power Ministry has recommended these projects to Department of Economic Affairs for getting funds under Asian Development Bank, to be in the ratio of 90:10 (grant and loan). 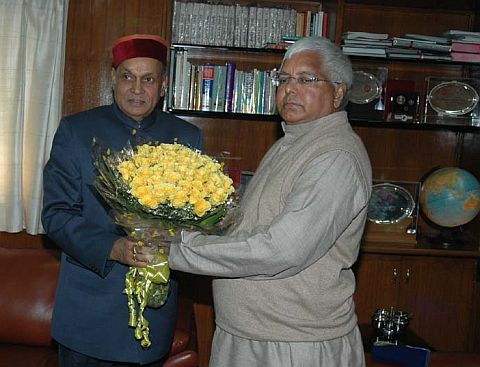 Mr. Dhumal also met Railway Minister Lalu Prasad Yadav and requested him to introduce two shatabdi trains to Himachal Pradesh in the next railway budget. He insisted the introduction of train between New Delhi and Pathankot to facilitate the residents of Kangra and Chamba districts. Further he requested him to extend the New Delhi â€“ Kalka Shatabdi to Una town of Himachal Pradesh.

He also demanded to start work on Bhanupalli â€“ Bilaspur â€“Beri railway line on fast track speed so as to complete it in 11th Five Year Plan.

He also repeated the promised made by Prime Minister Dr.Manmohan Singh to expedite the work on Chandigarh-Baddi broad-gauge railway line and requested the Centre to complete it on priority basis.

Both Union Finance Minister and Railway Minister assured Dhumal to take positive actions on the demand of the State Government.