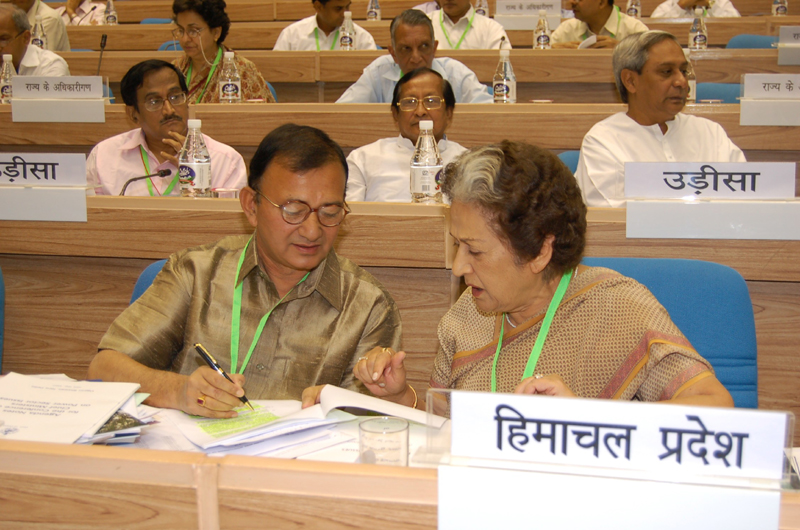 Mrs. Vidya Stokes, Power Minister said that Himachal Pradesh Government has requested the Centre to allocate its power share of 632.4 MW directly to the states of Delhi, Haryana, Punjab etc during the month of April to October to meet the acute power shortage in northern region during summer season. She was speaking in Chief Ministers Conference on Power Sector at New Delhi today.

She said that State Government has 12% free power from National Hydro Power Corporation and Satluj Jal Vidyut Nigam Limited power plants and added that State has 632.4 MW electricity share from these power projects. She said that State Government has already requested the Centre to allocate surplus power to the needy States during summer months from April to October and added that the Ministry of Power has intimated that it is for home State to decide whether it will utilize this power itself or sell to other States on mutually agreed terms which has resulted in double transactions of the power i.e first transaction from generation station to the State Electricity Board and the second transaction, open access from State Electricity Board to buying State. It has further resulted in increase in landed cost of power, she added. She requested Centre to avoid double transaction for the same power and urged to allocate the States share directly to the needy States during summer.

Mrs. Vidya Stokes requested the Centre to sanction all the schemes amounting to Rs. 457.80 crore for all the 12 districts under Rajiv Gandhi Grameen Vidyutikaran Yojna submitted by State Government and added that Centre has sanctioned one scheme for District Chamba amounting to Rs. 25.02 crore out of which 1st installment of Rs. 7.33 crore was released during March, 2007.

Power Minister said that Ministry of Power has sanctioned Rs. 322.78 crore for strengthening and upgradation of sub transmission and distributions system under APDRP schemes in the State and added that 80% of the physical scope of work has been achieved within sanctioned scheme costs. She said that revised schemes for 7 circles amounting to Rs.73.6 crore under APDRP scheme has been approved by Central Government and requested to release additional Rs.73.6 crore immediately so as to implement all such schemes in a time bound manner.

Mrs. Vidya Stokes said that all District and Session Courts have been designated as special courts for speedy trial of offences of theft in the State. She said that all-out efforts are being made to reduce the transmission and distributions losses to the level of 15 % by the end of Eleventh Plan and added that State Government has already reduced the transmission and distribution losses by 7.63% during the last four years.