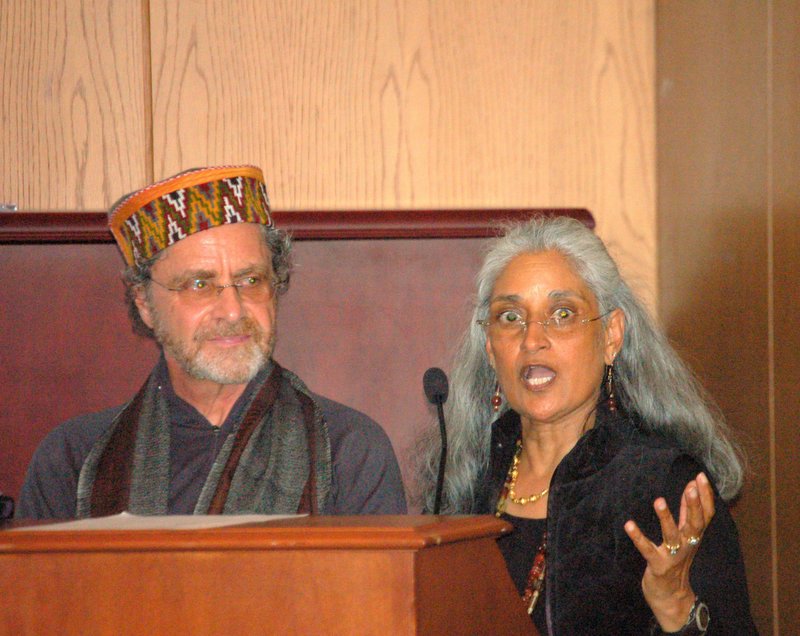 My Himachal advisors Payson R. Stevens and Kamla K. Kapur gave a presentation at the San Diego Museum of Art on March 10, 2007.

They described their life in the Kullu Valley where they live half of the year. Known as the Valley of the Gods, it is a unique region filled with old-growth cedar forests and ancient devta and devi (male and female deities) religious practice. The slide presentation discussed aspects of the devta culture, the natural environment, and issues living in a region where people still carry on daily activities the way their forefathers did hundreds of years ago. Examples of Kullu Valley crafts, including shawls, woven slippers, wollen putti and topis were shown. Kapur read from her new book, GANESHA GOES TO LUNCH (www.kamlakkapur.com). The talk was well received and Stevens discussed My Himachalâ€™s efforts to improve the lives of people in the Kullu Valley and Himachal Pradesh. Flyers of the My Himachalâ€™s recent projects were handed out. 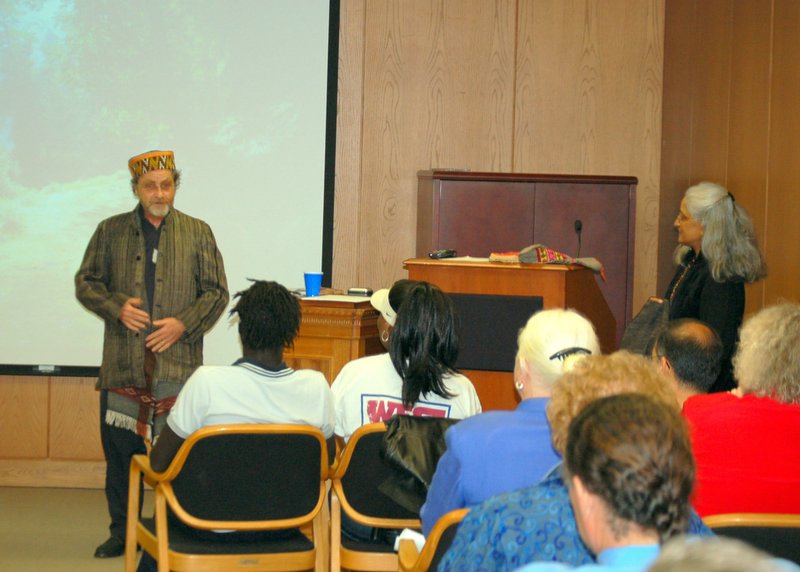 THE SPEAKERS: Stevens, an earth scientist and artist (www.energylandscapes.com), and his wife Kapur, a writer and playwright (www.kamlakkapur.com), spent three years building a home in a remote area of the region. Stevens has been
an advisor to the Great Himalayan National Park since 2000, working on issues of sustainable livelihoods for villagers. Kapurâ€™s new book, Ganesha Goes to Lunch: Classics from Mystic India, is a re-creation of Hindu myths (Mandala Pubications April 2007).