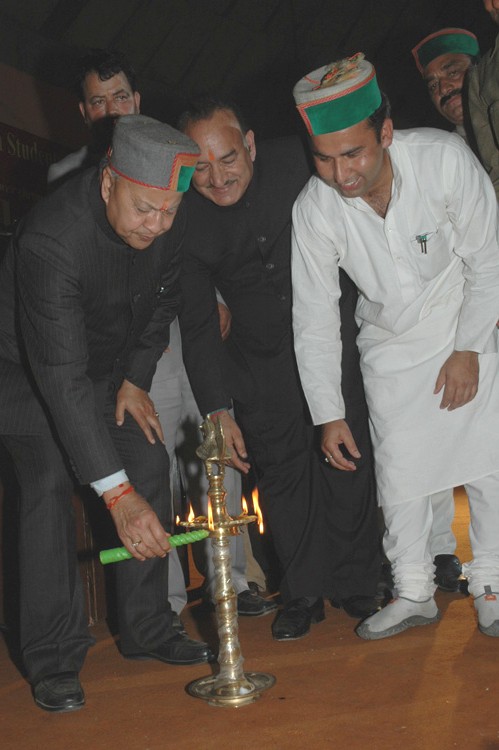 Chief Minister thanked His Excellency, Governor of Punjab and Administrator of the Chandigarh for acceeding to the request he made to him to allot suitable land for construction of another sarai to facilitate the people visiting Chandigarh for their advance treatment and other visits. He said that the new sarai building would be in a position to accommodate about 100 persons with boarding & lodging facilities. He said that efforts would be made to complete the new building within minimum possible time.

Virbhadra Singh said that his Government would consider the demand to construct working hostel for girls and boys working in the private sector in and around Chandigarh sympathetically. He said that all out efforts would be made to give practical shape to the proposal to facilitate the working youth of Himachal Pradesh.

Chief Minister said that his Government had succeeded in emotionally integrating the entire State and carried out uniform and balanced development of the State by rising above all considerations. He said that the State developed at a rapid pace and emerged as fast progressing State in the country. He said that State progressed under the dynamic leadership of the successive Congress Governments.

Virbhadra Singh said that literacy percentage which was 7 % in 1948 had reached 77.13% at present. He said that the State emerged as the most literate State due to the sustained endeavour in the educational sector. He said that students were the future of the nation and needed to be groomed towards right direction and their energies should be channelized towards nation building activities.

He said that student life was the best part of life and needed to be utilized for career building. He said that in the age of global competition, excellence was the only solution to secure future and students needed to work devotionally and dedicatedly to achieve the objective.
Virbhadra Singh said that he was an ardent admirer of rich cultural heritage of the State and was pleased that the Students Union was contributing significantly towards the preservation and promotion of this cultural heritage of the State, which was connecting youth with their roots and identity . He said that such activities needed to be encouraged and promoted in the right perspective.

Chief Minister announced grant of Rs. One lac to the Association. He also announced Rs. 25,000 as his personal contribution.
Chief Minister gave away prizes to the meritorious students of Himachal Pradesh studying in the Panjab University and congratulated them for their achievements.

Kaul Singh Thakur, IPH Minister who presided over the function said that the endeavor of the H.P. Students Union in arranging the Cultural and Annual Prize Distribution Function at Chandigarh would go a long way in preservation and promotion of rich culture of the State. He said that the interests of the people of the State were being protected at all levels. He said that in order to inculcate the spirit of entrepreneurship amongst the youth, the State Government had decided to reserve mini hydel projects for himachalis.