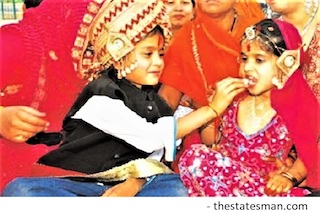 On “the dogmas of faith”; in parts of India, marriage is practiced, with parents often arranging the wedding, even before the child is born.* Predestined; the unity of two souls right from previous birth -if so it be.

For me, it was, from our childhood that the two thickly knit families of Mirpur (Occupied Kashmir) put their heads together to fix us up through the institution of marriage, on our coming of age. They must have thought it good for our emotional adjustments, besides compatibility between the two families.

Ancient scriptures regard marriage as a socio-religious duty of an individual. ‘Good marriages have a divine element to them’. In Hinduism, marriage is between two souls and it is beyond the body.

Knowing each other from childhood -sustains understanding and affection. To the people, our ‘Love-Arrange’ marriage; was a match made in heaven. Our marriage goes beyond human ties and instils platonic love. For me, the saying- ‘Happy is the man who finds a true friend, and far happier is he who finds that true friend in his wife’-holds well.

Come October 12th, & it is our 55th wedding anniversary. It is not you and me, it is WE- the two become one, in the whole of life.

While romantic love is a powerful motivator, marriage lasts only until the love dies.

Traditional marriage is a symbol of commitment. It is a religious mandate, “essentially a union of hearts and minds”. It is for our happiness during this life and our eternal happiness in the life hereafter. In the past, some couples stayed together because of the “till death do us part” vow.

Shotgun marriage is well accepted to avoid the embarrassment of the unexpected baby.

Widow Remarriage is not looked down upon either. I remember a couple from a displaced family from Mirpur, living comfortably in Jammu, under ‘Palla Paya’# custom. In the widow’s inheritance, another man from her late husband’s brothers becomes her spouse. In Pangi valley of Himachal Pradesh, it is ‘Topi Deni’^. The brother presents a cap to the widow which if accepted by her the marriage takes place. 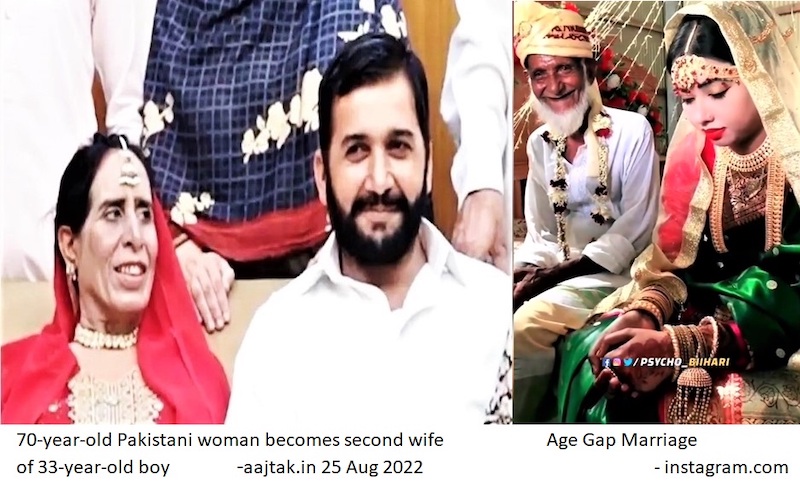 Some are based on the number of wives or husbands a person has – monogamy (one spouse); polygamy & polyandry (more than one spouse).

Elsewhere though, partners with more than a 10-year age gap tend to experience social disapproval, yet it happens.

Some persons also wish to engage in a transactional relationship for money rather than love (a type of marriage of convenience). The customs of bride price and dowry, that exist in parts of the world, can lead to buying and selling.

There is nothing heavenly about violence in marriages. While in Pangi, I came to know of a ‘pith chuk’^ marriage. To my dismay, it had turned out to be a forced marriage where the girl was abducted. Synonymous with the Rakshasa marriage of Hinduism- the groom battled with the bride’s family, overcame them, and carried the bride away to convince her to marry him. Sexual violence meant rape. The line between forced marriage and consensual marriage may become blurred, because of the social norms.

Cenogamy, a group marriage associated with the most primitive societies, is still practiced among some tribes. A group of men marry a group of women at a time -have sex with each other one-on-one or as a group. The children are also regarded as the common as a part of that group.

In some societies such as South Africa, or Sudan;   aristocratic women may become ‘female husbands’ This is a means of legitimately expanding a royal lineage by attaching the wives’ children to it; though not a lesbian relationship.

A “walking marriage” is a temporary marriage amongst the Mosuo of China. Male partners live elsewhere and make nightly visits. Marriage is not sacred, as women exercise the right to choose and change their husbands at will. “These bonds are “based on mutual affection.” Mosuo families tend to trace their lineage through the female side of the family.

Common Law Marriage (informal marriage); in some countries, the laws recognize cohabitation in place of institutional marriage for taxation and social security benefits.

Polyamory is what we call ‘bisexual’ today. It has not been legalized yet but is still practiced in certain places.

Marriage laws refer to the legal requirements which determine the validity of a marriage, which vary considerably between countries.

The institution of marriage is historically filled with restrictions. From age to race, to social status, to consanguinity, to gender, restrictions are placed on marriage by society for reasons of benefiting the children, passing on healthy genes, maintaining cultural values, or because of prejudice and fear. 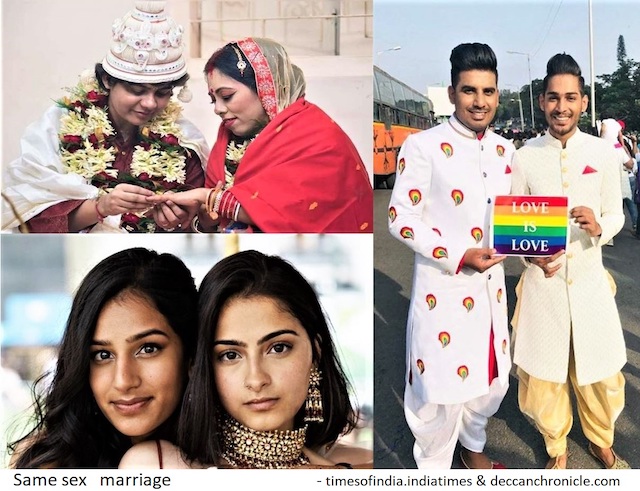 Almost all cultures that recognize marriage also recognize adultery as a violation of the terms of marriage.

Article 16 of the Universal Declaration of Human Rights declares that “Men and women of full age, without any limitation due to race, nationality or religion, have the right to marry and to found a family.

If marriages are made in heaven, why are so many marriages hellish?

“Let there be spaces in your togetherness,

And let the winds of the heavens dance between you.

Love one another but make not a bond of love:

Let it rather be a moving sea between the shores of your souls.” 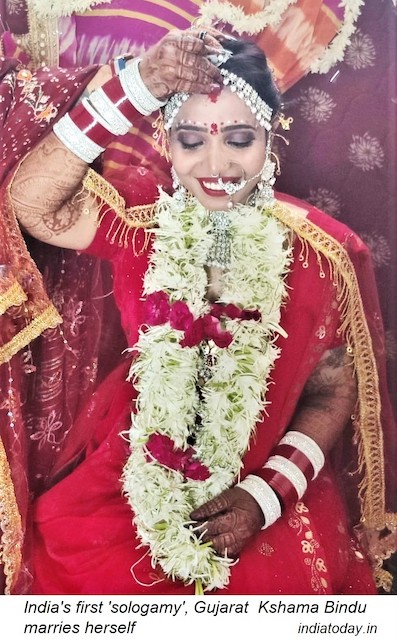 Adam and Eve, according to the creation myth, were the first man and woman. A divine purpose of marriage is the reproduction and multiplication of humankind. It is a sacred union of man and woman without which, society will fail.

The song being played on the live band-

‘Multiplication
That’s the name of the game
And every generation
You know they play the same.’**

– echoes in my mind, with fond memories of those younger days.

It is a relatively new practice to grant same-sex couples the same form of legal marital recognition as commonly granted to mixed-sex couples.

*In India, the practice was made illegal under the Child Marriage Restraint Act of 1929.

# In the Mirpuri language.

^ Pangi and Pangwalas- and the inputs from K R Bharti.