I’ve always had a sneaking suspicion that my father-in-law always doubted my educational credentials and felt that there were significant gaps in my education. This was based on the fact that I did my Masters in English from Hindu college. I can see where he came from: the English in this Jat citadel was something even Chetan Bhagat would despair of. What we did to the Queen’s language should have attracted various sections of the IPC, in particular 303, 376 and 377. But he was wrong – what I missed out on was not English but Economics.

I know all the basic rules of Economics, of course: that we are all dead in the long run (and in the short run too, if you happen to be in Ukraine or Lakhimpur Kheri), that every economist has an equal and opposite economist, that when the government wants to rob Peter to pay Paul it can always count on the support of Paul, that the problem with socialism is that eventually you run out of other people’s money, and with capitalism that you run out of people to rob. I’ve even read Freakonomics by Steven Levitt and flagellate myself every week by plodding through Swaminathan S Aiyer’s articles and reading Mrs. Nirmala Sitharaman’s lips. Nothing works, because I just can’t make sense of this dismal science as practiced in our country.

Take the stock market and its baffling tumescence: it keeps rising and rising even while every financial indicator around it keeps collapsing. It was at about 40000 in March 2020, and then Covid happened. In the next 18 months the bottom dropped out of our GDP, hundred of millions became unemployed, 120 million were forced into poverty, more than 5 lakh people died (50 lakhs, according to a stalled WHO report), 4 lakh businesses shut down. But the Sensex kept rising, crossed 60000 last year and is now at 58000. Dalal Street has to be hallowed ground because here even the dead would rise from their graves. I guess somebody is making money out of all this legerdemain but is anyone counting the bankrupted? I can’t for the life of me explain how this happens because I myself stay away from shares- gentlemen prefer bonds, you know. But I know of someone who explained this insanity very well, being the head honcho in one of these lunatariums: John Meynard Keynes it was who said: Markets can remain irrational longer than you can remain solvent.

Consider next our Unicorns, of which we have about 130. Less than 30% of them are profitable, the others naturally pay no dividends to their star-struck shareholders, and yet their market valuation is all above one billion dollars ! How can a loss making company be worth Rs. 7500 crores, for God’s sake? The basic laws of economics do not apply to them, however. Every time a Unicorn floats a public issue the market goes ga-ga and dances begin in the TV studios. This, even though a recent Economic Times article reveals that 543 IPOs have been listed in the last ten years, of which 85% have either stopped trading, or dropped below the issue price or turned into penny stocks ! And yet, whenever a new IPO is announced the riot police have to be called out to curb the enthusiasm of the lemmings who want to pour their life savings into it. The most recent example of this virus of capitalism was the PayTM IPO fiasco: the company raised Rs. 18300 crore just four months ago by listing the issue price of its shares at Rs. 2150. It was over subscribed three times. The shares are now trading at just Rs. 659.00 or thereabouts- 70% below the issue price ! Millions have been ruined. As the Kingston Trio sang: when will we ever learn? 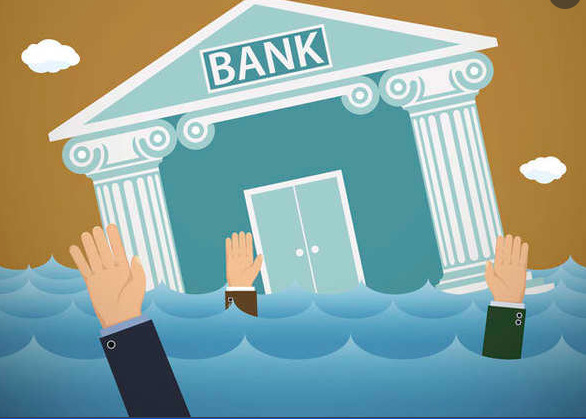 Spare a moment to reflect on the magical properties of our Bankruptcy Code and its prime instrument, the NCLT. You would expect that a bankruptcy law would protect the interests of the investors and creditors of the company which goes belly up. You would be disappointed- it actually serves the interests of the promoters and their ilk. And the magic?- it lies in converting public money into private profits. Ruchi Soya is a shining example of this: a Rs. 31900 crore company which owed Rs. 12146 crore to the banks was acquired for just Rs. 4350 crores by another jholawalla; to make payment of this latter amount he took a loan of Rs.3250 crores from the same banks who were owed money by this company; he then paid off this loan by issuing an IPO for Rs. 4300 crores and getting the funds from the public. The bottom line- said mendicant now owns 95% of a Rs. 40000 crore company by putting up just Rs. 1000 crore of his own funds. And, oh, one more small detail: the banks have lost about Rs. 6000 crore in the whole deal. These are financial contortions worthy of a Houdini.

This is not an isolated example, it is the norm, and explains why our NPAs continue to increase by a few lakh crores every year. Banks (read you and me) lose thousands of crores, the promoters who siphoned off the moneys get away scot- free to build on their expertise and float other companies, the banks’ directors get cushy sinecures in these new ventures. Here is a short illustrative list of companies which have gone through the bankruptcy/ NPA process and the haircuts taken by banks:

Do you notice the delicious irony in the above figures? One fat cat exits with his pockets bulging and another moves in licking his chops. You and I get another 100 bps less on our savings because the bank has taken another haircut and has to recover its loss from its depositors. This perhaps explains why private sector investment has been declining- a promoter can make make more money by bankrupting his existing company than by starting a new one! One cannot but suspect that these bankers and industrialists are part of the country’s most exclusive club, relegating Parliament to second place. There is just one eligibility requirement for admission- one must possess a degree in Croninomics . It’s high time the UGC introduced this in its syllabus, for the old style Economics is now as obsolete as decency and honesty.