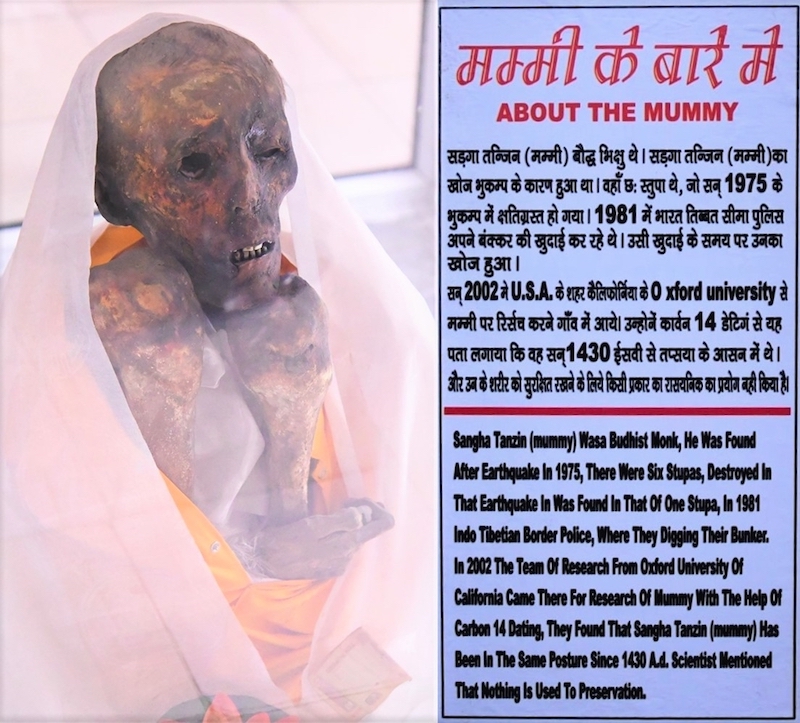 Natural mummification is very rare, requiring conditions of extreme temperatures and dry air to preserve the body. India’s only known naturally preserved oldest mummy is in village Gue, located between the towns of Sumdo and Tabo within the trans- Himalayan cold desert of Spiti Valley of Himachal Pradesh. The self mummified body of the dead Korzok Lama Sangha Tenzing of the Tabo Monastery lives on in the cold and dry fresh environs.

Believed to be about 600-year-old, the holy body is in a sitting position with his fist around one leg, chin resting on his knee; teeth are still visible through his open lips. The monk is virtually a statue in prayer. 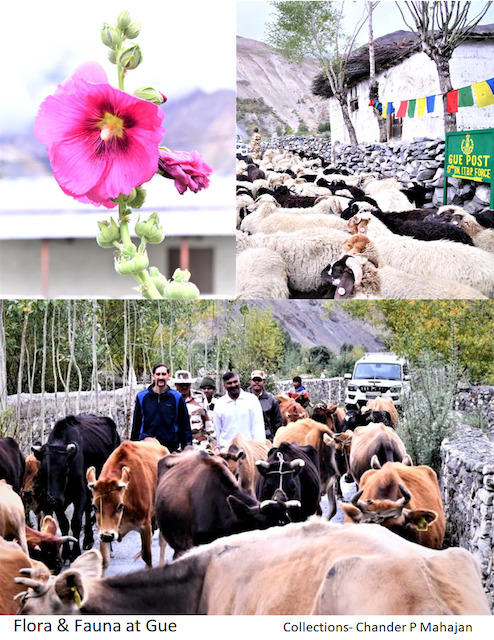 Natives are devotedly influenced by Tibetan Buddhism. Known as “living Buddha”, followers believe that the mummy is alive with the hair and nails still growing.

Local lore says that he asked his followers to mummify him during a scorpion infestation in the town; and when his spirit left his body, a rainbow appeared and the scorpions disappeared. According to one school of thought, the yogic postures in which the monk sits can self preserve the body. 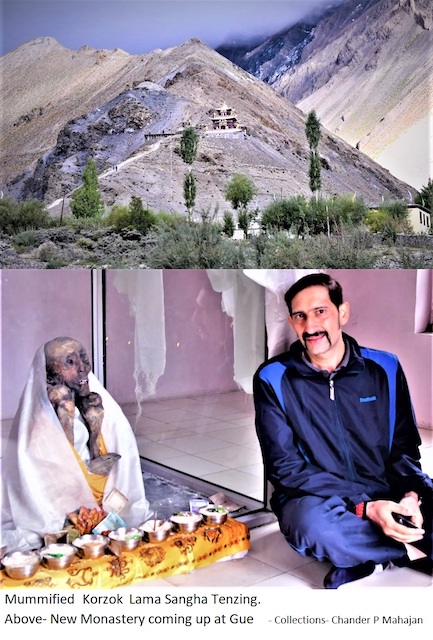 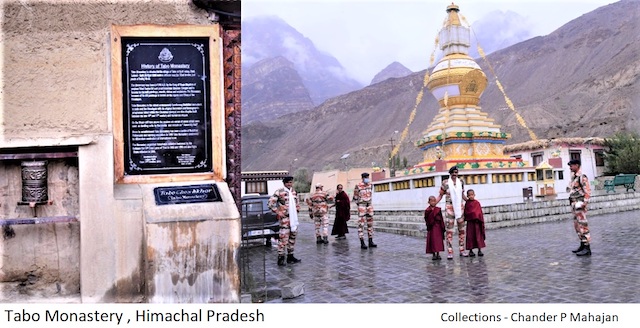 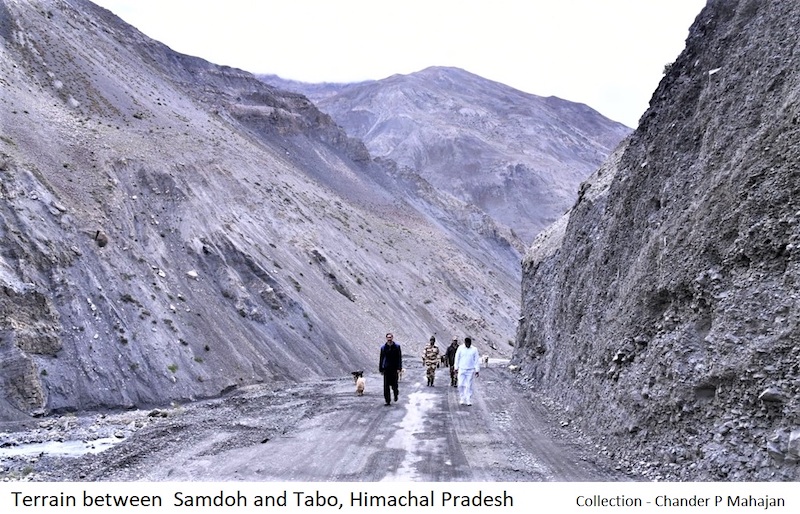 This practice no longer happens today, but the followers exist.

I wish, during my long stay in Japan, I had visited the temples of the self mummified monks to worship the dead.

The Buddhist mummy of Monk Sangha is perhaps the only one of a Buddhist monk in India that was naturally mummified (self-mummification) without the use of chemical preservatives.

Though I had intensive touring of the contiguous areas through these terrains in the mid-nineties; presently my son Manu Maharaaj had a time alone with the bony monk looking into his open eye, in awe.

^For the prefecture with the same name where this city is located,

*Professor of Chinese Language and Literature at the University of Pennsylvania U.S.

Ref:  A Guide on Where to See the Mummies of Yamagata GaijinPot Travel