It’s time to keep the funny side up in these somber times, even if one man’s tragedy becomes another man’s laugh at times

Recently returning of cash money along with cap and shawl by a wrestling coach from Himachal Pradesh has made me draw this comparison with the ever sulking and ever complaining ‘Jijaji ‘of the Indian family.

In the entire Human race ‘Jijaji’ itself is a species of its own, in terms of demand for self-importance and self-esteem.

But last year has been quite unfair to them as they came under heavy negligence and ignorance.

The indispensable ‘Jijaji‘ of every Indian wedding and household has been widely neglected for some time now.

Some may have been able to save themselves from entering the ‘ignore list’ by taking work from home seriously and landing at the right place at the right time. Going in for never-ending quarantine periods way too seriously.

But those who missed the golden opportunity were only left in the lurch to sulk.

Marriages during covid times turned out to be a boon as well as bane for many. But one person who was adversely affected in the true sense was ‘hamare Jijaji.’

He was hard hit by the fact that the events of his importance and significance are fast on the decline and are on verge of extinction due to these protocols.

As the number of guests was limited and these events were put in the category of being super spreaders, poor Jijaji felt as if everyone snapped ties with him and his presence was only limited to Zoom links.

The indispensable ‘Jijaji ‘was suddenly put from the family list to the category of restricted list. He never felt so dejected, insulted and left out. As if he was hit by lightning and was thunderstruck.

He felt that the concept of social distancing was taken way too personally by everyone.  As everyone had socially distanced themselves from him. At least, he felt that way. 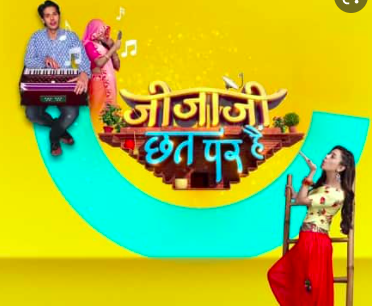 The day he became the ‘damaad‘ or ‘jamai‘ of the family, he had all the authority to challenge the substandard stuff given to him by his in-laws, as his ‘auda‘ (position) was of supreme significance. Over the years as his designation changed and he became more seasoned and colorful, it made him man of many reasons as well as seasons.

Once upon a time …..the guest of honour or the so-called chief guest/VIP, the apple of eyes, now feels like an eyesore on being uninvited to the family functions.

‘Jamai ‘may be interpreted as ‘Jam-Jam aayi‘ which means ‘come again and again’ but Jijaji never left the fort, and spent his entire life guarding the territory and safeguarding his own personal border interests. Till now he was flying high in spirits, but suddenly as the pandemic struck there was a crash landing with a thud and the sortie did not last long.

As everyone snapped ties with him and he feels locked down and knocked out from royalty to down in the dumps in this whole of pandemic scenario. His rightful privilege and habit to garner attention is not paid heed to anymore.

The one outstanding family member who stood out from the rest, most of the time and hogged the limelight for all the wrong reasons was’ Jijaji’, who had the right to feel offended any time of the day without any rhyme or reason.

As most marriages became the super spreaders, this has adversely impacted the popularity of Jijaji for the first time in Indian history and thus putting him in the ignore list.

As Big Fat Wedding became a passe, the Royal Highness and the chief guest of honour seat reserved for damaadji has taken a back seat. This time there are no reservations, as he is put in the general category. He feels more like an outcast.

He has never ever believed in backdoor entry, as the queue begins from where he is seated, he believes.

Be it Jijajis of the home or nation, at present, all of them feel dejected, as they are only caught in a war of words and treated like scapegoats by the disinterested opposition parties.

Suddenly today the species called ‘Jijaji ‘ feels dethroned and demoted, as the new coronation ceremony takes place in his absence.

With a heavy heart he is ready to sidestep, handover the command to the upcoming party. Feeling offended at turn of events , he feels like a’ timescale ‘ now ready to hang his boots but somewhere in hearts of hearts still holding a secret desire to be re-employed or recapture the lost territory of laws.

We may not find such species in near future as it has become all about social distancing and even though one is confronted with them once in a blue moon, one would hardly get to see his sulking face due to the mandatory mask protocols to be followed or many like me may say ‘ thank God for small mercies ‘ though eyes may do all the talking but at least no frosty nose stare for now.

Though now Himachal being up with its wedding guests numbers and also offering the Wedding destination venues to woo the tourism sector, it is return of the roar and further boost for Jijaji’s exalted ego and return of Jijaji chronicles of course.