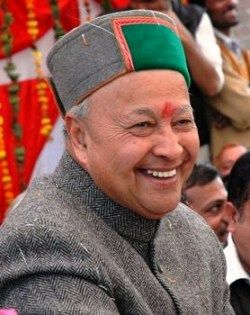 In honour of the six-time former chief minister, the Himachal Pradesh government declared a three-day state mourning from July 8 to July 10. An official communique stated that there would be no official entertainment during the mourning period.

Virbhadra Singh was battling a prolonged illness. He breathed his last at the Indira Gandhi Medical College Hospital at around 4 am.

Virbhadra Singh had tested positive for Coronavirus on April 12 and on the next day, he was shifted to the Max Hospital, Chandigarh.

After recovering from the first infection, Virbhadra Singh was discharged from the hospital on April 30. He returned to his home at Holly Lodge in Shimla but, within hours, he had to be taken to the IGMCJ as he complained of breathing problems.

He had been in the hospital since then and was put on a ventilator for the last two days, sources close to him said.