My wife and I took our vaccinations on the third of this month. I was a bit apprehensive of the jab because I’d read somewhere that nine out of ten vaccines are in vein, but Neerja didn’t bat an eyelid- she said that she had been dealing with pricks all her life. She gave me a meaningful stare as she said it but, as is my won’t, I let that pass me by like the idle wind. I didn’t get any AEFI (Adverse Event Following Innoculation)- side effects, for those who went to St. Stephens – though I do feel that my recovery would have been faster if the Vaccination certificate had contained a photo of either Sunny Leone or Kangana Ranaut instead of you-know-who. After all, this gentleman is not really known for his healing touch, is he? 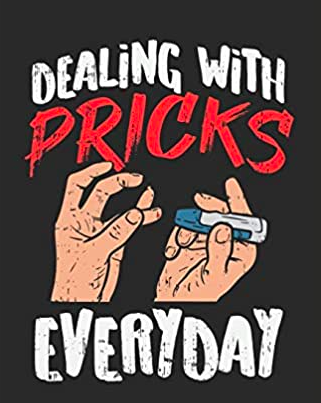 I’m not one of those naysayers who are always carping about our vaccination programme. It’s much better than, for example, the North Korean one where they give every Covid guy just one shot- a bullet to the brain and he’s cured for life. But I do wish the govt. would sort out the confusion about the immunity which the first dose confers. Sitting next to me were two cops from Mumbai – they said they were encounter specialists and were taking the shot so they would get “impunity” for their actions. They clarified that the Shiv Sena had already given them that but they must be prepared for the new mutant strain, a BJP-NCP variety, which could arrive any time.

I’ve been feeling like a new man after my shot and feel that I am fully prepared for all the slings and arrows that outrageous fortune can hurl at me, and therefore have developed a benign outlook on life. When the Ram Mandir guys came to collect a donation I even gave them five rupees and asked them to keep the change. I feel quite cheerful nowadays, notwithstanding the hike in LPG prices; as I told the delivery boy: ” After all, it’s a gas, lighter than air – it has to go up!” Nor am I losing any sleep over being declared a “partly free democracy”- after all, we are still a democracy, aren’t we? Though I do wonder what’s the difference between a partly free democracy, an “elected autocracy” and acche din. I suspect I’ll find out after the second shot.

I do believe I’m not the only guy who has noticed a change in his outlook on life, post the jab. Newspapers have reported the case about this gentleman in Bengal, a die-hard BJP hater, who has been totally converted after his vaccination. He has now put up photos of Mr. Modi in his prayer room, worships him twice a day, and beats up TMC supporters the rest of the time. (I’m not joking, you can google the story). A team of medical specialists who examined him have opined that he had a nerve blockage, the vaccine has cleared that and now he has regained his common sense!

This has provided the perfect opportunity for the Congress to yell ” We told you so! It’s not a Co-vaxin, it’s a BJP vaccine!” But the BJP is overjoyed and has ramped up the vaccination programme in the five states going to polls in an effort to unblock a few more million nerves and nerds. This may also explain why the Bengal elections are being held in eight phases- the more the time, the more the vaccinations! But this is a double-edged sword, or syringe, for it can unblock the good sense of BJP supporters too (assuming they possess this faculty) and turn them into worshippers of the Opposition parties. But for the Congress, I’m afraid, CoviShield shall be of no help, they need a new vaccine, a ModiShield. I believe that monkey trials are going on for this new vaccine, but the monkeys keep defecting to the BJP in hordes and it’s unlikely that the trials will be completed before 2024, by which time there shall be nobody left in the Congress to take the shot, except maybe Mr. Digvijay Singh, and no vaccine can unblock his good sense anyway. No shot in the arm for the Congress, I’m afraid. What it needs is a strategically placed kick in the backside to get it moving.

The BJP has come up with a new slogan for Bengal after all their top leaders took the shots last week, an AEFI which has left me puzzled: ASOLE PORIBORTON. Now, Poriborton means “change or transformation” but “Asole” sounds a lot like what I have been occasionally called, a part of the body not referred to in polite conversation (the spelling is off but we’ll let that pass). The question which intrigues me, however, is this: what exactly do the PM and Mr. Nadda have in mind when they talk of transforming asoles?

Are they talking of cosmetic surgery? One has heard of procedures to change the nose, the lips, the breasts, even the derierre, bur asoles? For a hundred million people? That would take many five-year plans, much brainstorming between ICMR, IMA, Karan Johar, and Baba Ramdev, and the good folks of Bengal may still vote for the TMC at the, well, end of it.

Perhaps the intended poriborton is of Bengal and not Bengalis. Human appendages have been used before to describe geographical features- for example, the “fingers” on Pangong Tso, or Crete being described as the “toe” of Italy. In which case does the BJP consider that West Bengal is the “asole” of India and needs a makeover? This may be an etymological master-stroke, but once again, the good bhadralok may not appreciate the biological simile, and may wonder why they have been singled out before UP and Bihar for this honorific. I conveyed this to a batchmate of mine in Kolkatta and he was not impressed at all; he warned me: “Ooant make phaan of aas. Theesh is very feeshy and we weel get to the bottom of theesh.”

I guess we’ll have to wait and watch till Mr. Amit Shah takes his shot and see what kind of AEFI he has. I was under the impression that, given all the hullaballoo about injections, 2021 would be the year of the PRICK but it is turning out to be the year of the ASOLE. Not much of a choice, is it?