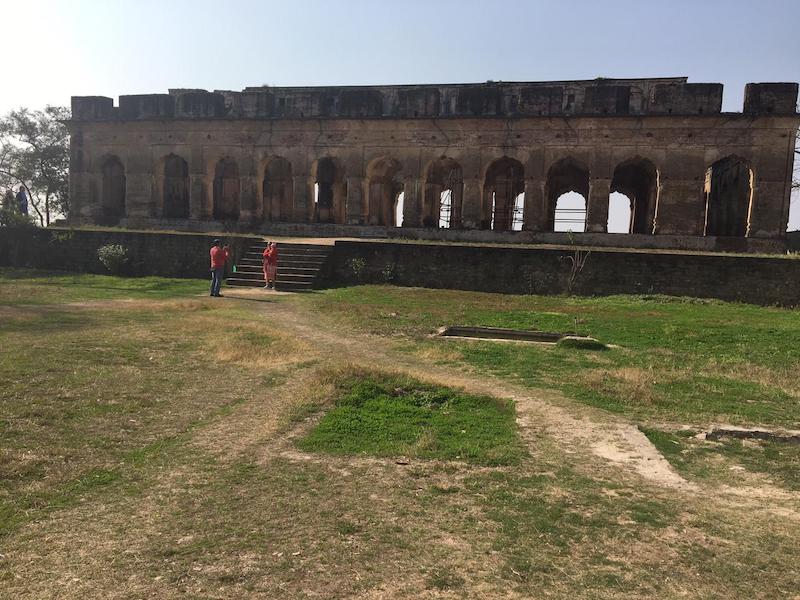 ” The cities having forts are privileged, for these are rare gems amidst sprawling beads of malls.”
– Shobhna Basnet

The first thought that comes to mind when you enter any historical ‘fort’ is its magnanimity. A place conjuring up in our mind – endless foot soldiers, guards on the vigil round the clock, cannon fires, swords, and weaponry. A place witness to numerous wars, bloodsheds, invasions, conquerors, loots, deceits, and celebrations as well.

Kings built forts for their empires to sustain and expand, a settlement away from the adversaries and prying eyes of their foes, safeguarding their own interests and their citizens . The forts provided a defensive barrier against the enemies.

There is a condensed but memorable saying in the hills, “He who holds the fort, rules the hills.”

Katoch Palace fort / Tira Sujanpur is one such fort spectacularly perched atop a hill in the sleepy town of’ Sujanpur ‘ in the Hamirpur district. Founded by Raja Abhay Chand Katoch in 1758, Sujanpur comes from the word Sajjanpur- which means ‘the town of honest and gentle people.’

Overlooking the town, Raja Abhay Chandra built the fort at top of a hill called ‘Tira’ in 1748 A.D. Later on, Raja Sansar Chand Katoch moved his Capital from Kangra to Sujanpur. It was under his rule, the fort came into prominence and became eminent throughout India.

The majestic fort better known as Tira-Sujanpur fort was a military fort, which still offers a breathtaking view of the Sujanpur town and the fine grassy sward called the chowgaan. Within the precincts of the fort, one can find Baradari/darbar ( daily court), a Gouri-Shankar temple, Kuldevi temple, an inner courtyard, and a huge water reservoir.

The walls and the crumbling structures of the fort carry inexplicable stories within them, the long line of fortification across the hill exudes power and is visible from the town below.

This Tira -fort has been subjected to numerous upheavals over centuries, it has seen the rise and fall of empires, at the same time it has been subjected to natural disasters, like the earthquake in the year 1905, which shook its foundations and rendering it roofless as one can see the ruins, relics and remains lie scattered across the Baradari, as it almost succumbed to the devastating earthquake but still managed to regain its strength, courage, and valour and retained its soul and rise again from the ashes. As it was still intact in spirit.

But as old order paves way for the new, things are soon falling apart. The fort now is tackling a different kind of invasions and disasters.

From a monument of utmost historical significance, it is now confronted with the present-day reality as it lies in a disconsolate state. 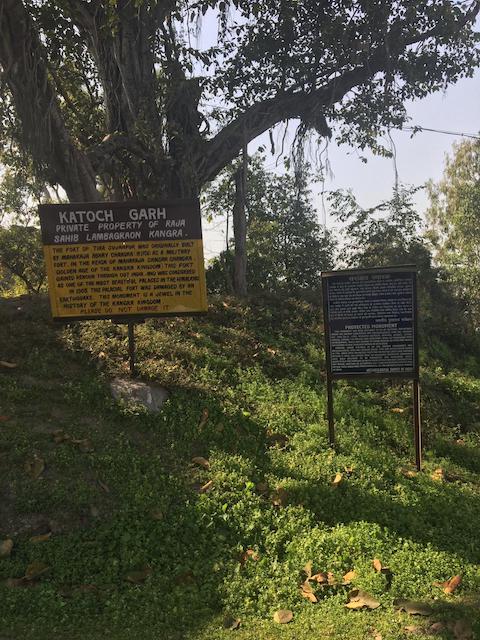 As one enters the fort complex, one feels lost due to lack of signages inside the complex, a single board at the entrance is all you know about the fort as private property. Though one does manage to find a water filter and washrooms, inside the fort complex.

The crumbling structure has been given a cheap upliftment job, as the heritage is covered with concrete and plastered at many places with the local material used to save the expenses or maybe this has been done to erase the boundaries and bias between the royalty and the commoners. 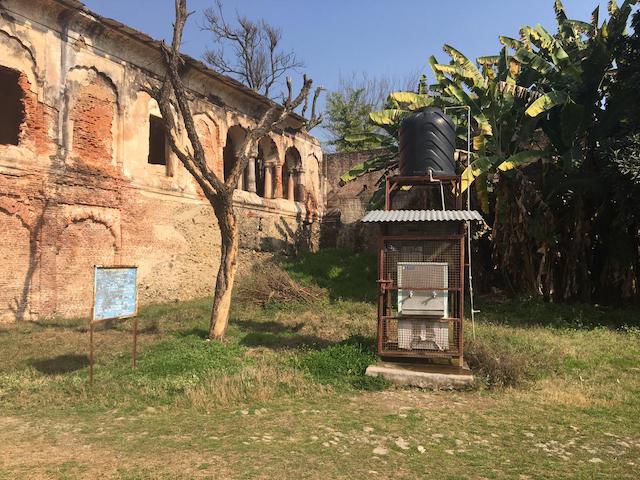 The structure of the colonial past is in ruins and depicts crumbling trails of litter and debris.

Lovelorn teenagers and heartbroken singletons have found a way to pour their hearts out on the walls of the fort. The fort walls have become their large canvas, as one sees love is on the walls all around and ‘writings on the wall ‘ depict the sad state of affairs for them and the citadel. 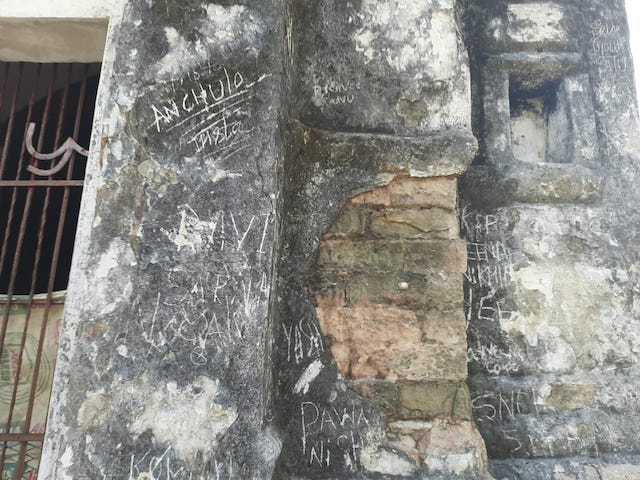 The walls of this monument not only become a source of expression for the misplaced lovers, who display their love on the walls in form of scribblings but shows how educated one is and how high the literacy rate is.

A military fort of the past is now housing society for a different kind of soldiers who leave no stone unturned to scribble every pillar to post. They have made themselves immortal by their graffiti work.

The secretive graffiti artists visiting this monument leave their mark like’ Bansky’, the anonymous and famous British graffiti artist. But the daredevils at our end do not shy away from sharing their mobile phone numbers as well.

The reign of Maharaja Sansar Chand was considered to be the golden age of Kangra ‘, the renaissance of Kangra paintings and prosperity of our culture and heritage reached its zenith during his patronage. 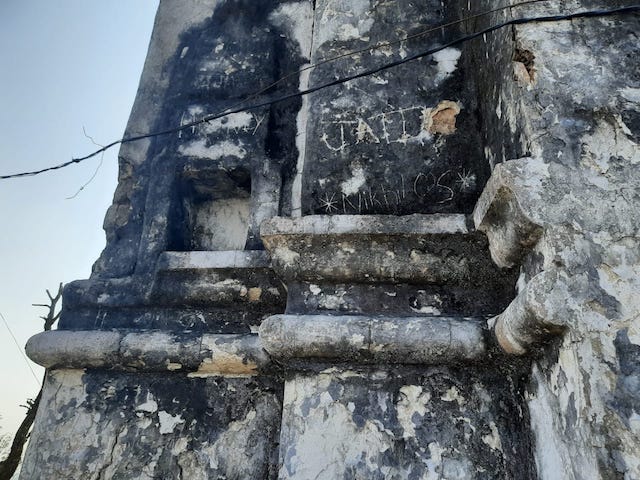 But today our callous and negligent attitude percolates into everything, to an extent, that even historical sites are not safe due to our misplaced priorities.

Oblivious of the cultural and historical significance, many come here in search of a perfect picnic spot with family and friends as a weekend getaway.

Periled by the general populace’s complacency and benightedness of those in power the whole process and procedure to preserve the archaic complex is jeopardized.

Consequently, we have started to neglect and reject our heritage structures and select malls as they become the new levelers for society.

The unscrupulous practices can end only if the artifacts and monuments are taken care of and are safeguarded accordingly.

“For a perfect, utopian society to come into existence :

Philosophers (must) become kings…or those now called kings (must) genuinely and adequately philosophize.”