Titled “Traffic Crash Injuries and Disabilities: The Burden on Indian Society,” the report highlights the disproportionate impact of a road crash on poor households that pushes them into a vicious cycle of poverty and debt. It sheds light on the links between road crashes, poverty, inequality, and vulnerable road users in India.

The study was done in collaboration with SaveLIFE Foundation – a national non-governmental organization focused on road safety. Based on the survey data collected from four Indian states – Uttar Pradesh, Bihar, Tamil Nadu, and Maharashtra,[1] the research assesses the social, financial, gender, and psychological impacts of road crashes on poor and disadvantaged households. 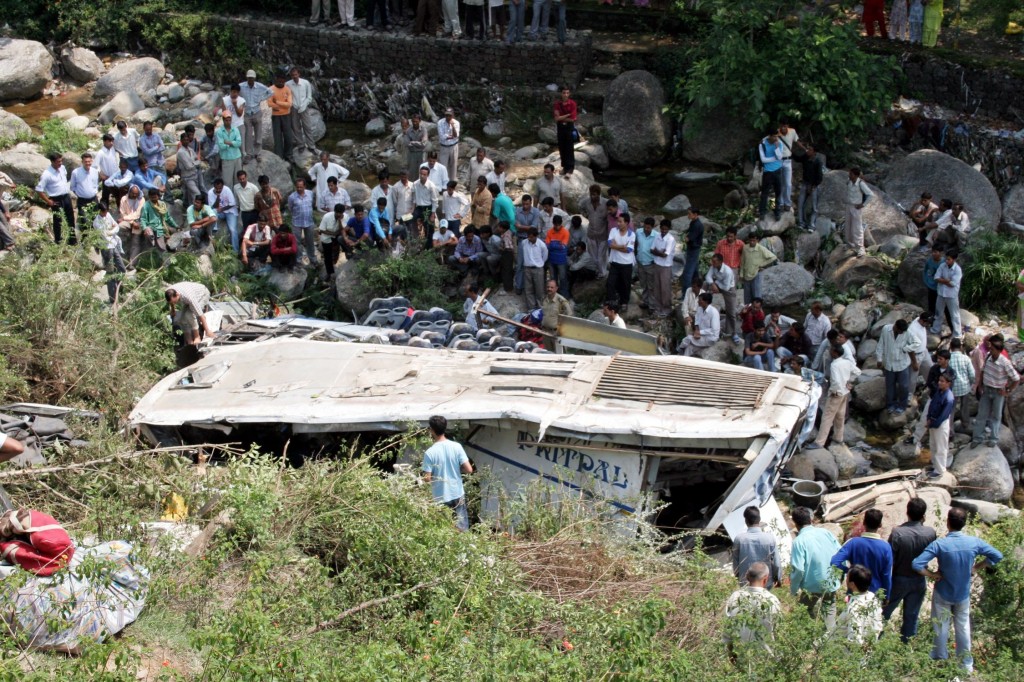 The report recommends policy-oriented approaches for saving lives and improving the ability of victims and their families to get back on their feet, including providing immediate financial, medical, and legal aid.

“We have taken a number of positive initiatives to reduce road crash deaths in India. With the support of all stakeholders in our society, I am committed to reducing road crash deaths by 50 percent by 2025,” said Nitin Gadkari, Minister for Road Transport & Highways and the Minister of Micro, Small and Medium Enterprise at the release of the report. “This report highlights the link between poverty and impact of road crashes. I urge all state governments to effectively implement the Motor Vehicles (Amendment) Act, 2019 and work together to mitigate the effects of road crashes on poor and disadvantaged sections of the population,” he added.

The report also brings out the sharp rural-urban divide and the disproportionate impact on women. The survey shows that the income decline for low-income rural households (56 percent) was the most severe compared to low-income urban (29.5 percent) and high-income rural households (39.5 percent). Women bore the burden of crashes across poor and rich households, often taking up extra work, assuming greater responsibilities, and performing caregiving activities after a crash. About 50 percent of women were severely affected by the decline in their household income after a crash. About 40 percent of women reported a change in their working patterns post-crash, while around 11 percent reported taking up extra work to deal with the financial crisis.

The study also documented low rates of access to insurance coverage and poor awareness related to legal compensation among truck drivers. Two-thirds of truck drivers interviewed for the survey were not aware of third-party liability insurance. None of the drivers had applied for or benefited from cashless treatment at hospitals, Solatium Fund for hit and run cases, or ex-gratia schemes.

“Road crashes can have a devastating and disproportionate impact on the poor, thrusting a family into deep poverty,” said Hartwig Schafer, World Bank Vice President for the South Asia region. “The World Bank is committed to supporting the Indian government in creating safety nets for poor households to ease their financial burden and help them cope with the sudden emergency linked to road crashes,” he added.

In addition to the financial losses, the report highlights the social impact of road traffic injuries. About 64 percent of low-income households reported a deterioration in their standard of living (more than twice reported by high-income households), while more than 50 percent reported mental depression post-crash.

“The findings of the report identify the areas that require immediate improvements such as efforts towards post–crash emergency care and protocols, insurance and compensation systems. It also presents an opportunity for development agencies, policymakers and respective state governments to prioritize a complete policy overhaul of the existing system and implement sustainable solution-oriented, inclusive measures to improve their performance on road safety,” said Piyush Tewari, CEO, and founder of SaveLIFE Foundation.

The report recommends making health infrastructure and coverage more accessible and inclusive; providing social security net for crash victims from low-income households through state support; creating an accessible legal framework for availing insurance and compensation for road crash victims; recognizing the gender impact of road crashes and addressing it through participative governance and special schemes for women; and strengthening post-crash support for children and young adults through state support.

The study interviewed around 2500 respondents[2], including 1647 respondents from low-income households, 432 from high-income households and 420 truck drivers in the four selected states (Uttar Pradesh and Bihar representing Low-Capacity States and Tamil Nadu and Maharashtra representing High-Capacity States) across urban and rural areas. The qualitative part of the study included focus group discussions with road crash survivors and their family members and in-depth interviews with adolescents aged 14-18 years.