In Pursuit of a Man-Eater by Suneet Bhardwaj

Ruskin Bond had once remarked that India has more writers than readers. That, I feel, is a bloody good thing, especially as journalism has fallen by the wayside on our journey to a New India. Among the writers, I am happy to note, are an increasing number of bureaucrats and civil servants. Most of them, however, pander to the muse only after they retire, so it is refreshing to come across a book by a young serving civil servant, and that too on a subject that steers clear of politics, administrative shenanigans and prescriptions for reform, which is generally the leitmotif of us retired babus. 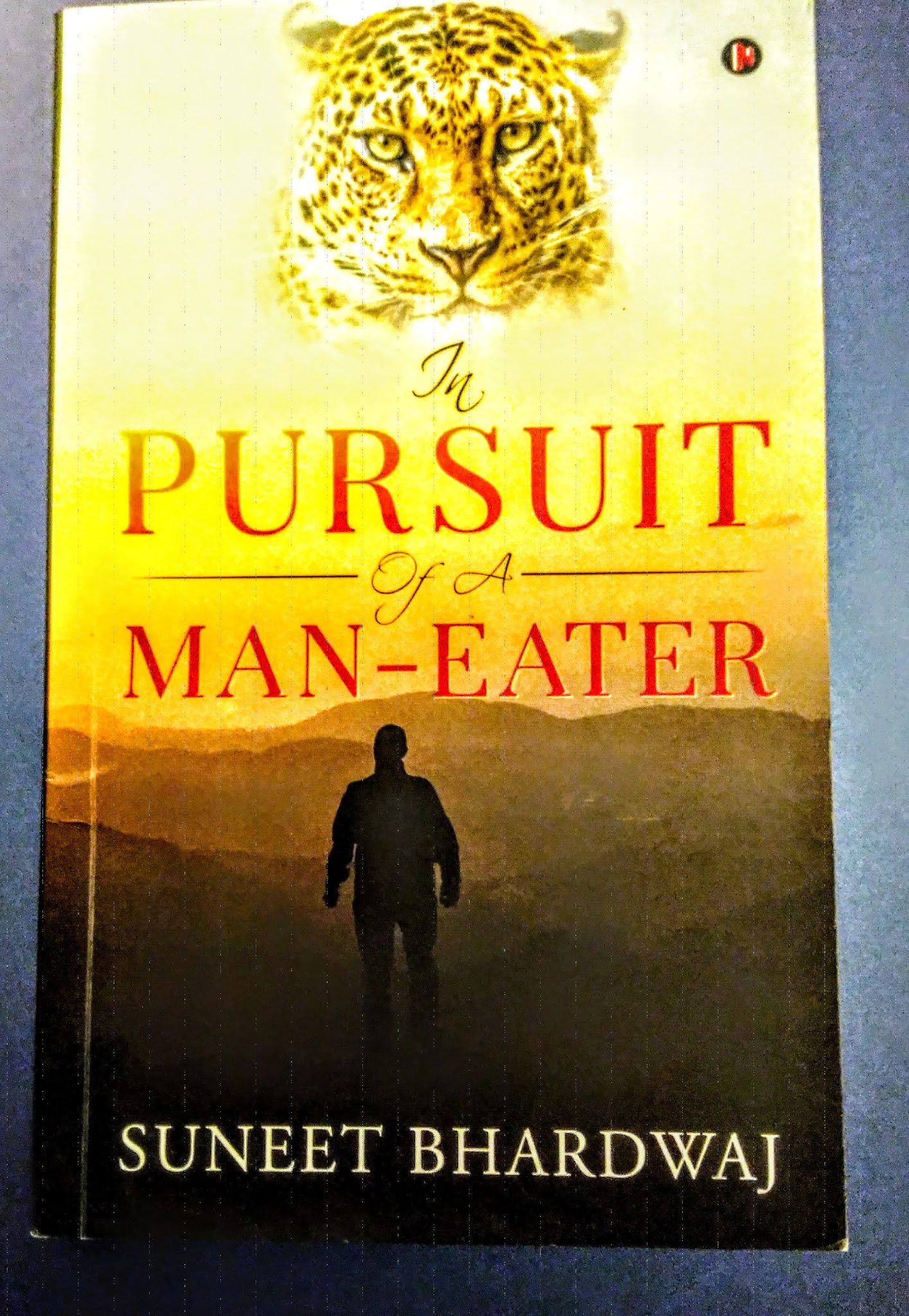 Suneet Bhardwaj is a 2012 batch Indian Forest Service officer of the Himachal cadre and he has just published his first book, IN PURSUIT OF A MAN-EATER. It is an engrossing account of the search ( in which he was personally involved) for a man-eating leopard in the mountainous Thunag village of Mandi district. This leopard had accounted for three victims, and though it was never positively identified, the shooting of two leopards in the area over a week did result in a cessation of the human killings. Suneet confesses that he still does not know whether both, or either, or neither of the leopards was the actual man-eater. This is how, unfortunately, Russian roulette plays out in the jungles: in animal-human conflict situations it is perhaps better to be safe than to be sorry.

But the search for the man-eater is just a peg on which the author hangs a larger tapestry, in which the real interest and value of this book lies: the ecology of the leopard and the dilemma of a forest officer when faced with such a situation. Suneet has done his research well, made good use of his training at the Wildlife Institute of India at Dehradun, and drawn valuable conclusions from his as yet limited experience.

He explains why a leopard, though the smallest of the bigger carnivores in India ( tiger, lion) is undoubtedly the most dangerous of them. This is because it has a much wider habitat, unlike the tiger or lion which inhabit specific, limited areas, usually Protected Areas; the leopard is a far more adaptable animal and can live in scrub forests or mountainous areas; it is a master of camouflage and, unlike the bigger carnivores, it hunts at night. All these traits enable it to live in close proximity with humans and results in more human-animal conflicts ( as in the Thunag case). Suneet reminds us of Corbett’s man-eating leopard of Rudraprayag which had killed almost 400 people before being put to rest. But, as he says, such a number is not conceivable these days.

In describing in some detail the actual search for the Thunag man-eater the author takes the reader through all the steps and alternatives: the cage trap, the machan, the tranquiliser gun, the tracking on foot. Sadly, in this case, none of them worked, because the leopard was too canny and always a step ahead of the hunters. But in the process, Suneet reveals honestly the forester’s classic dilemma in such situations: should he kill the animal or try to save it?

A forester’s basic instinct, born of training and aptitude, is to try and capture the predator, not kill it. This, however, may take days and weeks and if the animal is not removed soon, or if its attacks continue in the interim period, public anger and political pressure to shoot it will mount. At such a point, persisting with efforts to capture the animal ( instead of killing it) becomes counterproductive too- as Suneet notes wryly, the villagers’ anger can turn into hostility towards the natural world, and undo years of painstaking efforts at educating them on the importance of conservation. For the forest officer it’s a difficult choice to make: every human killed or injured is one too many, but at the same time the man-eater may not be a deliberate villain but forced into this role by an injury ( usually inflicted by humans), old age or an accidental confrontation. A forester is, however, rarely allowed the time and space to evaluate all these reasons/ options dispassionately, what with an ignorant media, opportunist politicians and fame-seeking shikaris lusting for blood. As Suneet cautions: ” Extermination of top carnivores will do more harm than good” and ” Media and politics have to align with Nature conservation and education.”

In a lighter vein, Suneet also lists out the positive aspects of having a man-eater on the prowl in an area: the liquor stores, lovingly called “thekas” in the local dialect, close early in the evenings as everyone rushes to the safety of their homes; fewer drunks fall off hillsides, trying to find their way home on the narrow, winding paths; housewives are happy to have their husbands home to help out with the household chores! But the most interesting effect, as noticed by the author in Thunag and the villages around it, was the sudden spike in the construction of proper toilets. Inspite of govt. schemes and official claims about defecation free villages, people still prefer to go out in the open. A prowling man-eater, which hunts in the darkness of late evenings and early mornings, makes this a very dangerous proposition, and Suneet noticed that toilet construction in the area picked up steam during that period. Some good always comes of evil, is the old adage, I believe. Maybe the government could consider temporarily releasing a man-eater or two in those panchayats which are lagging behind in the Swacch Bharat targets!

” IN PURSUIT OF A MAN-EATER” is a very readable book full of empathy for the creatures of the wild and for the simple villagers who share the forested spaces with them. It fairly depicts a forester’s perspective in an age when human and biotic pressures are becoming unsustainable. And finally, it opens an instructive window into the lives of villagers in the mountains. Suneet Bharadwaj should continue writing ( when he is not sitting on machans, that is ! )

IN PURSUIT OF A MAN-EATER