Dharamshala: Bollywood actor Asif Basra was found dead on Thursday in Mecleodganj , Upper Dharamshala, near a cafe on Jogibada Road. The actor was reportedly found hanging at the complex.

“Film actor Asif Basra was found dead in a private complex in Dharamshala. He was found hanging . Forensic team is on spot we are investigating the case,” said Vimukt Ranjan, a senior police officer. 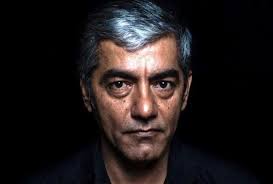 Basra had a leased property here where he used to visit off and on. An investigation into the matter is underway.

Asif Basra is a well-known face in the entertainment industry. In addition to several Bollywood movies like Kao, Pe Che, Parzania and Black Friday. He was also seen in Hollywood film Outsource. Apart from this, he was also seen in shows like Paatal Lok, Woh, Hostages..

The people living around Asif Basra residence in Mecleodganj in Upper Dharamshala said that Asif Basra was living with a woman from Britain in McLeodganj. On Thursday afternoon, he was seen with his pet dog.

People say that after coming back home, he hanged himself with the rope of the pet dog. It is also said that he was a victim of depression. Confirming the death of Asif Basra , SSP Kangra Vimukt Ranjan said that the police are investigating the case.