Dharamshala: Spreading infections leading to a sharp rise in Covid patients in Himachal has Sudhir Sharma, seretary Congress accuse the government failing to make proper arrangments by pointing out that food being served in the notified quarantine centres was of bad quality.

In a communique Sharma, a former minister said that many videos from the state Covid centres were going viral showing that the people infected with the virus were being served with bad quality of food. In many centres, social service organizations are providing food but where there is a government system, there is no proper arrangement, which is shocking. These hurting scenes are now going viral. 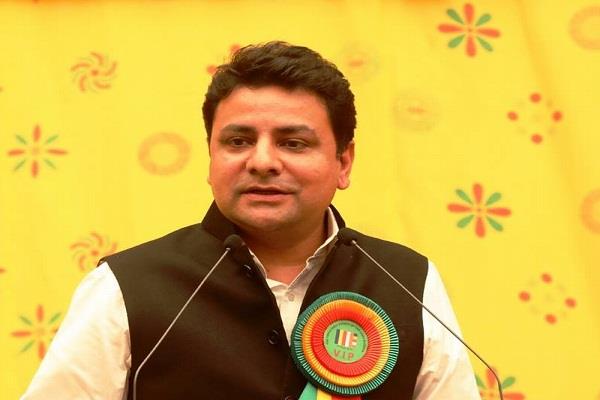 “The pictures of the dormitory of Covid Centre are shocking, and are sending the wrong message to the public and there is an atmosphere of fear. Seeing this people will try to hide the disease by seeing such videos and pictures,” added Sudhir.

He said that If the government and administration cannot manage the good quality of food for Corona patients, then it should urge more social organizations to come forward.

He said that even the Health Department has no control over its officers.”Wherever such chaos is being found, the government should take strict action against such officers,” he said.

He further said a section of the media is claiming that the health department is hiding the actual position of Corona cases. “What has become such a compulsion within the districts that the officials are trying unsuccessfully to hide the cases of Corona,” he asked the government.

He said, “ many people have lost their employment in the Corona period, people who are doing small business have also got hit by it, as well as the employment of all sections related to tourism business in the state has come to a standstill. In such a situation, the government should bring a solid policy till this epidemic is there. All such affected people should be given special allowance within the entire state during this period so that the affected people can nurture their families.”