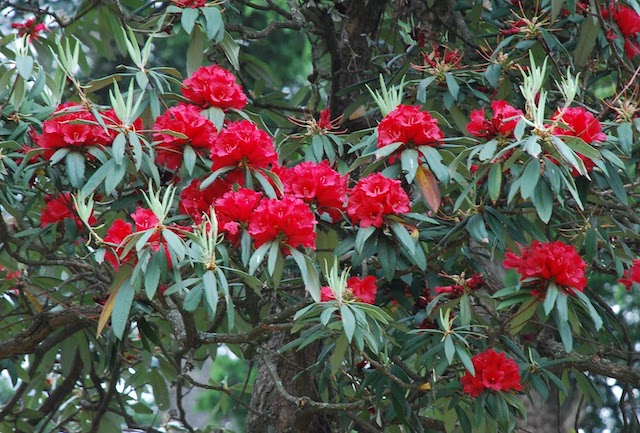 Past the blooming calla lilies

The struggling petunias of the garden

The iris flowered and gone

There must be madness

Of red rhododendron in the woods.

The river water, as we are told,

Is clean, even clear.

A leopard, or was that two?

Wait for the lights to change.

A foursome of deer move

From the rough to the green.

A civet cat not seen

Sets out to examine the marketplace.

We watch from our windows

As the noisiest spring of the century goes past.