Dharamshala: The Miss Tibet Pageant 2020 has been cancelled due to the global Coronavirus pandemic. Instead applicants have been asked to apply for the 2021 Pageant, which has been scheduled for 4 to 6 June 2021.

Lobsang Wangyal, founder director of the event said,”This would have been the 18th edition, for which application was opened on 1 December 2019 and was to close today. The pageant was to take place from 5 to 7 June in McLeod Ganj..”

Last year too there was no pageant organised as in 2019 there were no applicants. 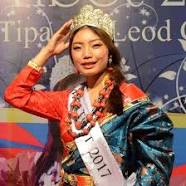 The first-ever Miss Tibet Pageant was organised  in October 2002, here at McLeod Ganj . The pageant was criticized as “aping western culture” and “un-Tibetan”. Despite the severe criticism, the pageant continued to be held every year since then.

The Miss Tibet Pageant 2012 was cancelled in response to increased tensions in Tibet and in support of the protests there.

The Dalai Lama considers the pageant unimportant, but it is still held due to popular demand.