Elections to Delhi have been announced for the 8th of February 2020. Winning these elections may be important for Kejriwal, but it is even more important for India, or at least for that part of India which cherishes all that the Constitution had promised it. Although Delhi has just 70 seats, only 14 million voters( less than 2% of India’s electorate) and is not even a full fledged state, its politics is disproportionate to its numbers for it is the national capital, houses all the foreign consulates, is the hub of all media reporting, and is a genuine microcosm of India. Its residents represent the full spectrum of Indian politics, ideologies, opinions, religions, regions, castes and concerns. It is, in short, a good barometer of the mood of India. 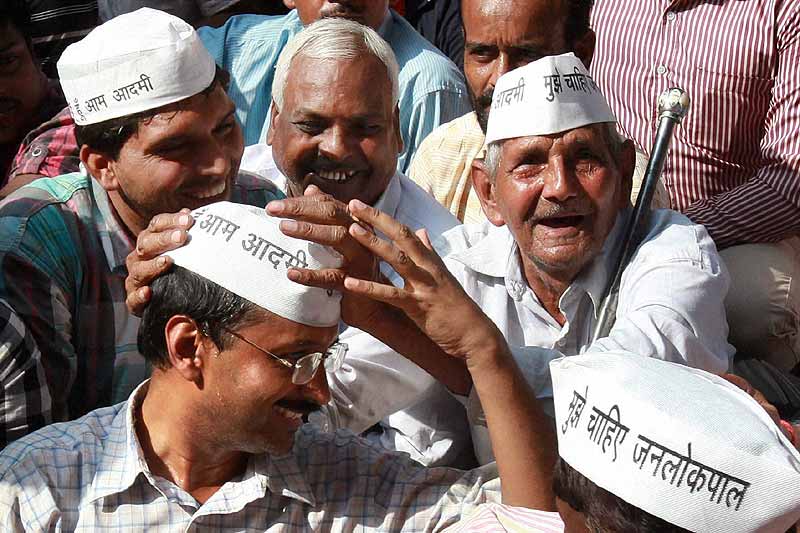 And this barometer appears to be falling rapidly, indicative of unsettled weather ahead. The country is caught up in a toxic miasma of controversies and protests over the economy, Kashmir, CAA, NRC, NPR, violence in Universities, police atrocities, strikes by Unions. Mr. Modi’s government, true to its nature, refuses to either acknowledge the unrest or engage with citizens; it is like a Tunnel Boring Machine which can only push forward blindly and has no reverse gear. It continues to defend itself by dissembling lies and half truths, branding all opposition to its policies as anti-national, and unleashing waves of uniformed repression. It uses its massive Parliamentary majority as a sledge hammer to bludgeon the states, mutilate the spirit if not the letter of the Constitution, and bulldoze its divisive policies through an apprehensive landscape. It has just lost Maharashtra and Jharkhand but the loss has only made it more vicious, vindictive and determined to reassert its authority.

This then is the perilous backdrop of the elections in which Kejriwal has to strive to retain power. The Delhi elections will be a referendum on the lethal goulash of Mr. Modi’s policies, not just on Mr. Kejriwal’s achievements which are considerable and should have won him the elections on their own strength. But make no mistake, the results of these elections will determine the future course of our democracy, and not just who rules in Delhi.

The unholy trinity of CAA/NRC/NRP is casting its malevolent shadow on this country, it is what is uppermost on the citizens’ minds right now, and is what has unleashed the police repression at Jamia, JNU, AMU, Meerut, Bijnor, Muzzafarpur, Bangalore. It is what has brought the youth of this country on the streets in numbers and anger not seen since JP’s mass movement. It is clear the country does not want this spectre, but our demographic institutions and safeguards will not confront the monster. Expect nothing from the legal challenges in the Supreme Court given its recent track record: at best the court will refuse to intervene on grounds of national security and sovereignty, a-la Rafale, at worst it will rule that the distinction between Muslim and other religions is reasonable. Expect even less from our mainstream political parties and leaders who ( barring Mamata Banerji and Priyanka Gandhi) have crawled into their holes to weather out the storm. Expect nothing but a mercenary servility from the media. Expect little from Big Capital and the expanding list of billionaires, barring a Rahul Bajaj and an Ananda Mahindra here and there. Forget about the “autonomous” institutions, they are riddled with more “ termites” than Assam and Bengal. The Modi- Shah duo, with their customary meticulousness, have sown up all the loose ends. The only part they cannot take for granted is the electorate, and the only language they understand is the message from the ballot box. Nothing will stop them- not the judiciary, not international opinion, not mass suffering, not deaths from violence, not the Constitution, not the collapse of institutions. But an electoral loss in Delhi will almost certainly stop their assault, if for no other reason than that it will give other states ( and even its allies) the nerve and reassurance to oppose the BJP’s disastrous policies. A Nitish Kumar may still turn and a Naveen Patnaik may still get off the fence.

The only opposition to the government today is civil society, specially its youth and students. Mr. Kejriwal has to mobilise them and win them over, and add their support to the overwhelming good work he has done in Delhi in the fields of power, water, education, slum improvement, women’s safety. He can even nominate some- like Kanhaiya Kumar- for tickets. He should make Delhi police’s violence and naked partisanship the basis for arguing for a different party at the state level, to act as a counter check to a rampaging Home Ministry. He should discard the caution he has shown so far in denouncing NRC and NPR: Delhi has tens of lakhs of migrants from Bihar, UP and Bengal whose livelihoods would be destroyed in the struggle to obtain valid documentation from villages they left years ago. The NRC is no longer a Hindu- Muslim issue, it will leave millions of Hindus disenfranchised too, as Assam has shown. He must tap into this fear and not pussy foot around it.

The BJP, for all its posturing, is not confident of victory in Delhi and some early polls predicting a near sweep for the AAP will make it more desperate and ruthless. It will dig deep into its bag of dirty tricks and black trunks of electoral bonds to manipulate a win. The recent goondaism in JNU may just be a preview of what is yet to come- violence to intimidate and divide, dog whistles to the police, complaints to the Election Commission, more falsehoods by prime time anchors and the IT cell, more false cases against AAP leaders. If all else fails, do not discount a postponement of elections ( the Chief Election Commissioner has already declared that he is empowered to do so) and even perhaps President’s rule notified at midnight by a worthy who never sleeps. All this must be anticipated, guarded against, planned for and countered.

Delhi is the last frontier for India’s democracy. Delhi’s citizens can no longer feign ignorance or remain disconnected. If the BJP wins this election it will proclaim it as validation for its policies and for CAA and NRC and push them through even more relentlessly and ruthlessly. The Rubicon would have been crossed and there will be no second chance. Kejriwal must win Delhi, not just for himself but for India