Manali: In the midst of construction of Kiratpur-Manali forelane, the people of Ujhi Valley staged a sit-in on Saturday after the contractor and the company started collecting tax at the toll plaza at Dohlunala.  The people of Ujhi valley near Dohlunala blocked the Kullu-Manali highway for about three hours .The protesters sat on the middle highway and shouted slogans against the government. 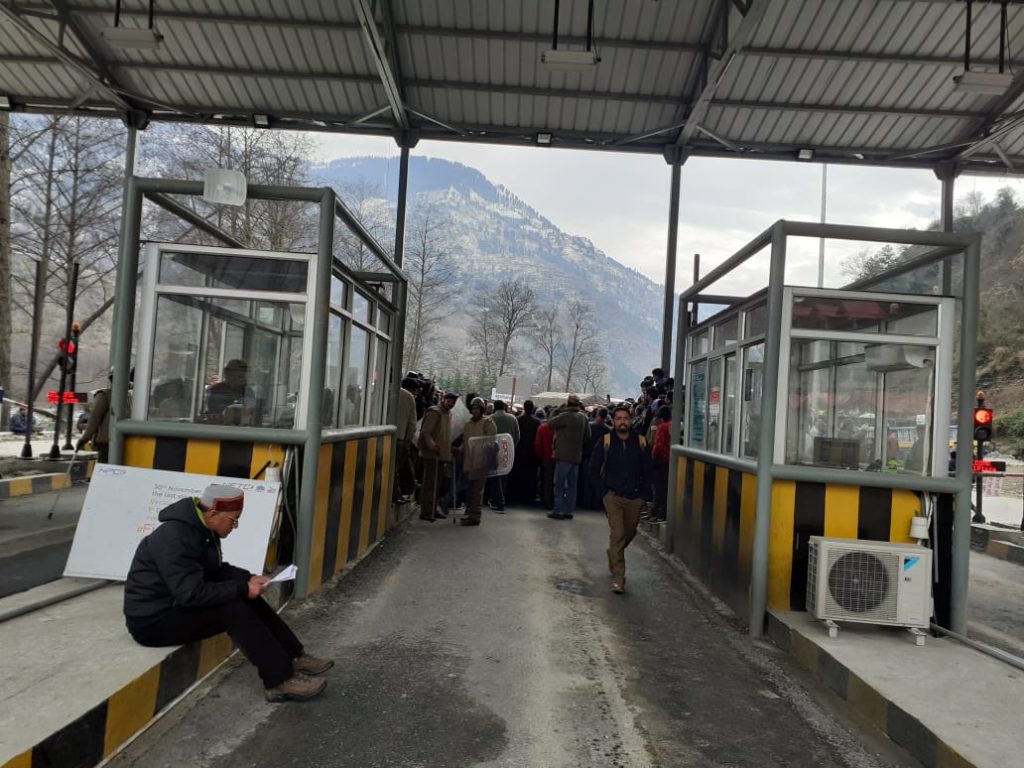 Tourists along with the common people faced difficulties in the harsh winter due to the jamming of the highway.  Apart from Manali Block Congress, Truck Union, Taxi Union, Tempo Union and Hotel Association Manali jointly chanted in Dohlunala.  The movement of vehicles was disrupted by the protest for nearly three hours. 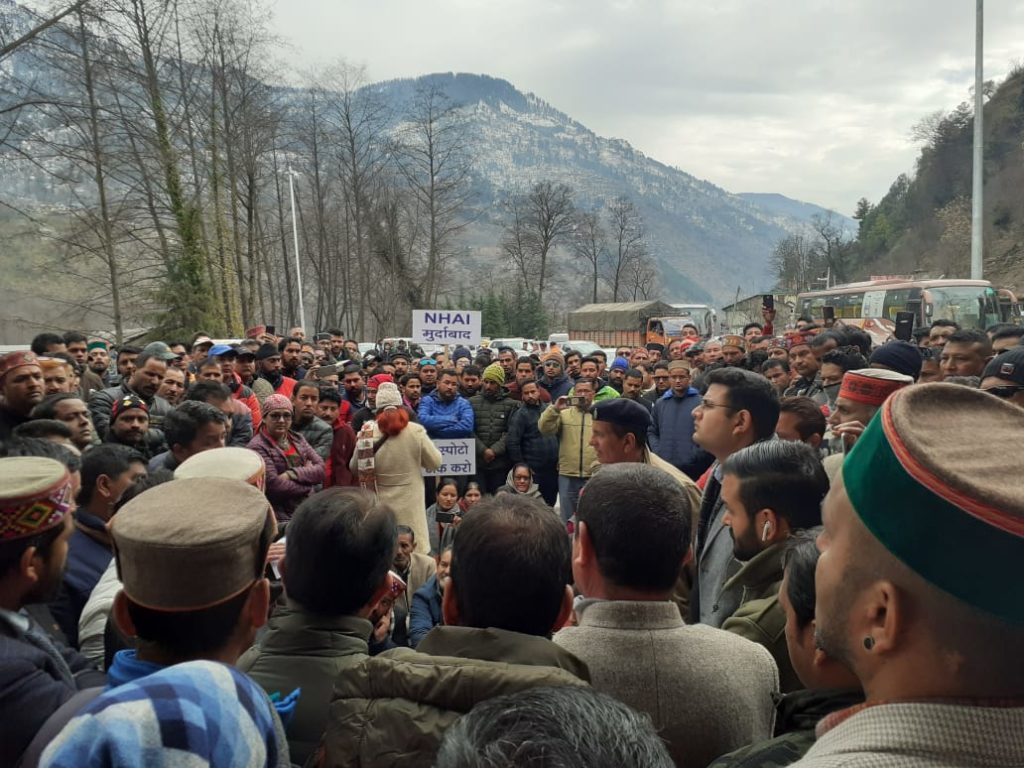 Slogans were also raised calling toll-tax as goonda tax.  It is claimed that the road work is still incomplete and the bridge of Manali is yet to be built along on Beas river. The Dohalunala Toll Plaza has been established just 20 km before Manali at the last end of Fourlane Road.  There is also a Green Tax Barrier a few kilometers from the toll-plaza.  In such a situation, the tourists coming to Manali are feeling cheated on paying taxes from place to place. 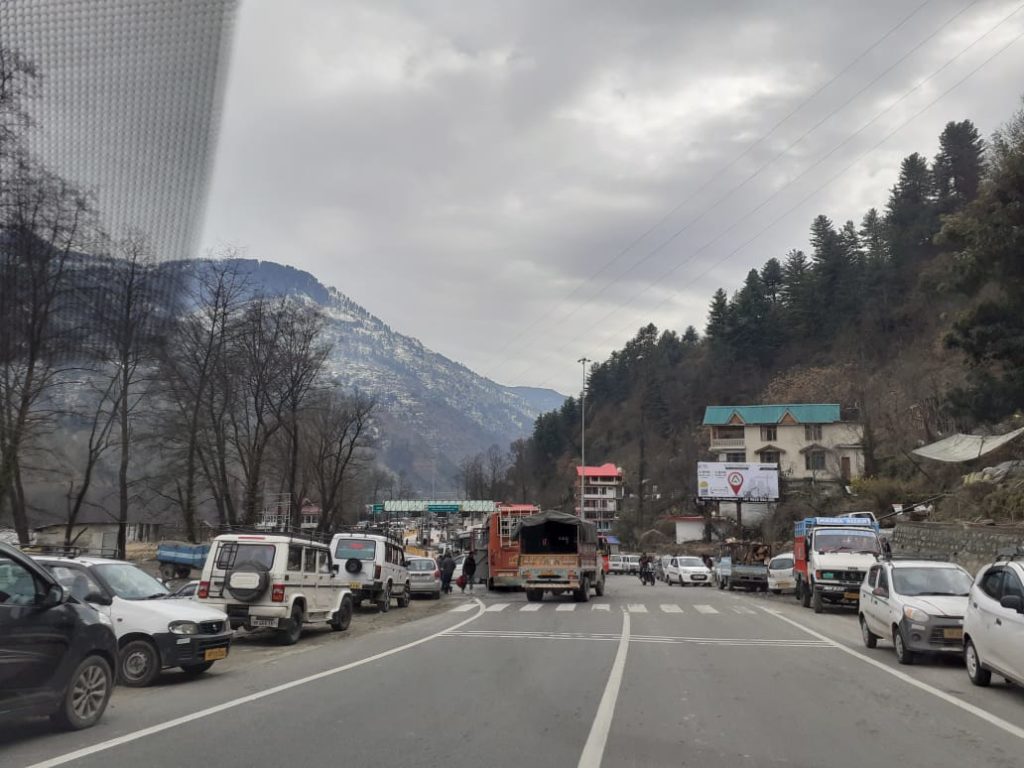 But no decision has been made on this yet.  Therefore, SDM Kullu Anurag Chandra Sharma and DSP Kullu Priyanka Gupta reached the spot to restore peace due to traffic disruptions.  They also spoke to the project director of NH to hear the objections in Kullu on 16 January.  After this, people finished there protest and traffic was restored.