Manali: Himachal Pradesh Police today arrested the accused who fired on the Home Guard jawan during the night patrol in Manali.  The main accused in the shootout (Shubham) was holed up in a hotel in Aleo, Manali. The 23-year-old Shubham Panwar, a resident Tanak Colony , Vikas Nagar, Dehradun, Uttarakhand, escaped from the spot after firing at the home guard jawan, late on Wednesday night.

Gaurav Singh, Kullu superintendent police said that Uttarakhand resident Shubham, who shot at Home Guard jawan Naresh Kumar, has been arrested from a hotel in Manali Aleo village.  It has also been revealed in the investigation that a theft case has also been registered on Shubham in Vikasnagar also. 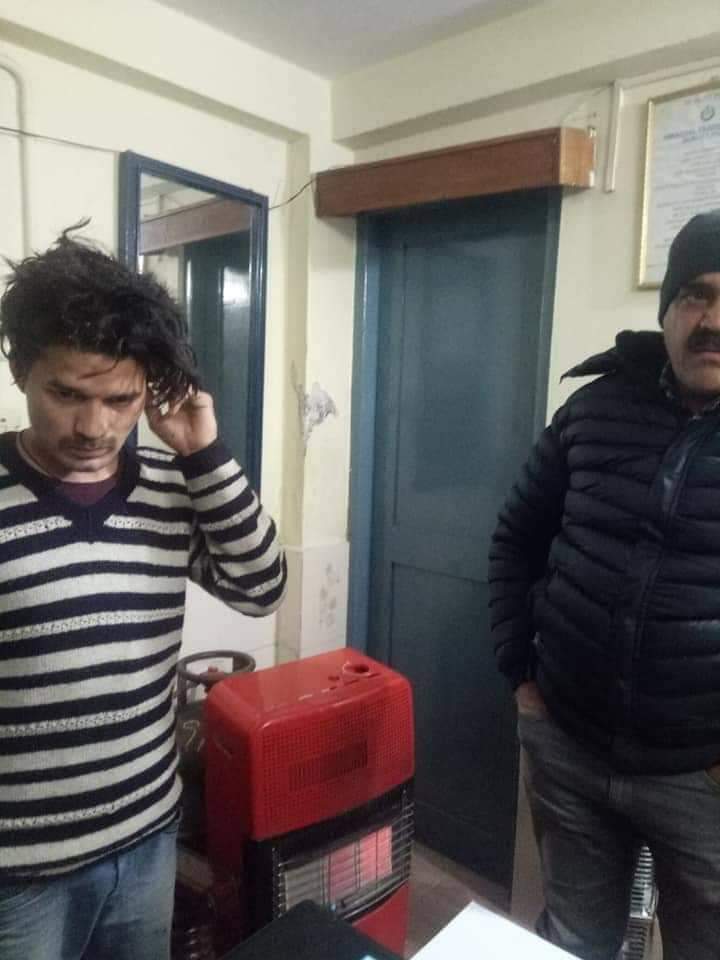 Three accused were arrested in the case, while the shooter was absconding. In his complaint to the police, Home Guard Jawan Tikhu Ram said that he was on patrol with Home Guard Naresh Kumar during the patrol  duty in Modal Town Manali. Around 1.30 pm. These four people beat up the one of the home guard with a stick and one of them shot at the him with a small pistol weapon and escaped from the spot. As soon as the police got information about this incident, they started searching for the accused. The injured Home Guard jawan was admitted to Mission Hospital .

The  Police have arrested three of the four, while the fourth accused was absconding. Manali Police under section of IPC 353, 332, 307, 34 IPC and Arms Act 25, 54 59 have registered a case and started action. Gaurav Singh has confirmed the case. Mission Hospital doctor A Philip told that the situation of the injured home guard jawan is out of danger. He told that the jawan also suffered a head injury.