In olden days the system of mutual security was almost identical with that which existed in England in Anglo-Saxon times. ‘One house shall become security for another; so that they shall all be reciprocally pledged and bound each for the other.’ Neglect or connivance was punished by fine, by imprisonment in irons, or by severe corporal punishment. Not long ago; ‘Kotwal’, the administrative head of police, in Poona received Rs. 9,000 a month, but he had to maintain a very large establishment of peons, some horse patrols, and so on, while he was also answerable for the value of property stolen.

The history of the Indian Police under British rule is marked by a series of attempts to introduce more advanced standards of conduct and integrity, and to raise the tone of the force by improving the pay and prospects of its members. For the sake of reforms, among the conclusions and recommendations of Lord Lansdowne’s Government* in 1890 were:

(1) That the net pay of constables should be fixed at not less than Rs. 7 a month;

(2) That the pay and position of investigating and inspecting officers should be greatly improved, and that deserving inspectors of Police should be considered eligible for appointment to the Provincial Service. 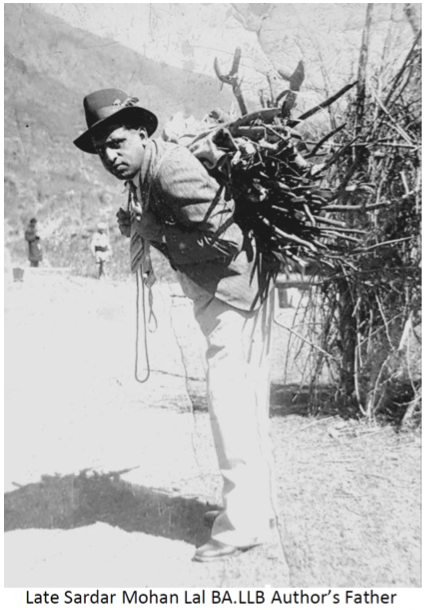 My father, a law graduate from Lahore, was appointed ‘Court Inspector’; a prosecutor in uniform. Being an eminent professional; in recognition of his able services and model conduct the title of ‘Sardar’ was conferred up on him by the Government. Mr. M R Gaind the then ‘sub Judge’, Kathua, wrote the caption “Dignified Labour” for the photograph showing him carrying the weight of the clustered ‘twigs of firewood ’- as a gesture . Unfortunately, he died young in my early childhood.  My mother often told me the tales of ‘the fear of khaki’ in those days. Mr. Ramesh Shah of Ghandhinagar, shares vivid memories, of his boyhood; “…Well turned out, how smart your father looked in his ceremonial uniform of high boots..”. 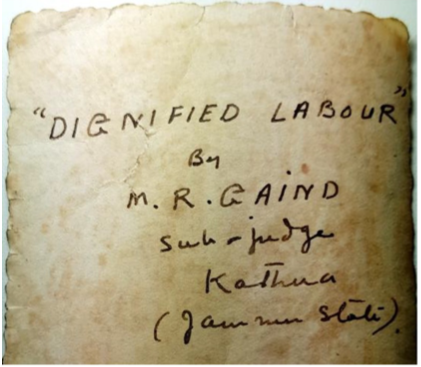 Today, while I watch my son, a decorated soldier, doing well in Indian Police Service, I feel as if my father is blessing his third generation from his Heavenly abode.

Indian Police have completed over 70 years as a Police of democratic, secular and pluralistic society.

Induction of women in policing after independence has been a noticeable welcome trend. 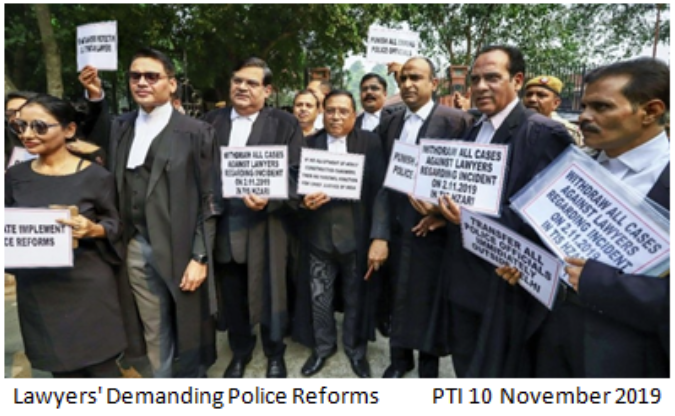 The ongoing clash amongst the galaxy of lawyers and the dignified police force has bared the shreds of the delicate fabric of the stylish Democratic Governance; showing a “new low” in the country’s history..”

“Indian Police” is an umbrella term, which denotes not only state police forces of India but also various Central Police Organisations . The Indian Police Service is not a force itself but a service providing leaders and commanders to staff the state police and all-India Central Armed Police Forces. It is high time to take a reappraisal of their achievements, failures, problems and over all image. 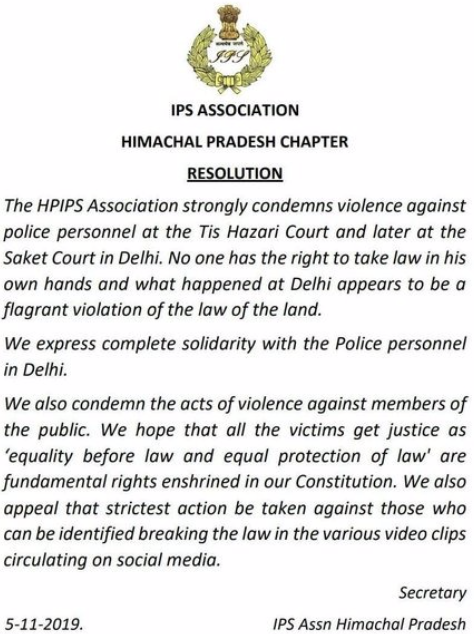 Another problematic area relates to the communication networks. 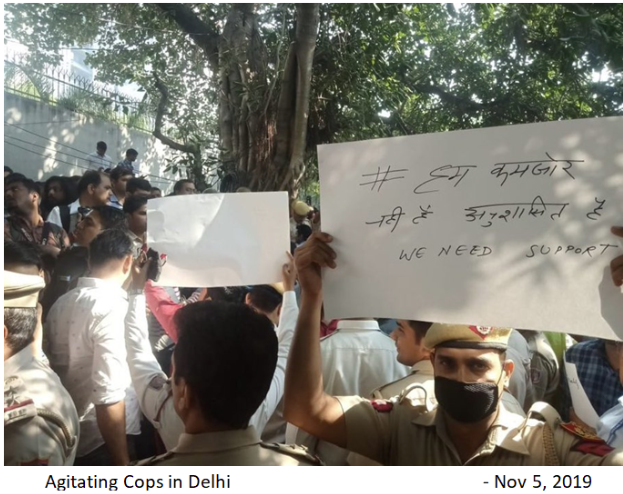 All these challenges require immediate attention of the governments — both at the Centre and the States. People need to understand that the dilapidated condition of the police system will negatively impact upon the security and integrity of the nation. It is time that we transform it from ‘Ruler’s Police’ to ‘People’s Police.’

‘DAROGA JEE’ by Chander Guddu  is a satire on the overburdened ‘Police Force’.