The temple built in the panchyatana style with four smaller shrines at the corners has the statue of Nandi, at the foyer, facing Lord Shiva in absolute equanimity and devotion

My first visit to Baijnath temple was when I had to face an interview at the Agriculture University, Palampur. It was raining and when we reached there, it exuded an aura which invoked the words ….

Rainy it was and rainy my eyes

I touched my Lord’s feet

And whispered a prayer

Placing sunshine on my palms!

The etymology for Baijnath is the Sanskrit root Vaidyanath which implies ‘Lord of Physicians’. The temple is built in the Shikhara style. Shikhara in Sanskrit equates to a ‘mountain peak’ and as such it may either refer to a superstructure, tower, spire or an affixture resembling the mountain peak. Since the times immemorial, Mankind has bowed before the Imperial Supreme and our temples testify that we at the plinth have been yearning for the paramount since epochs. 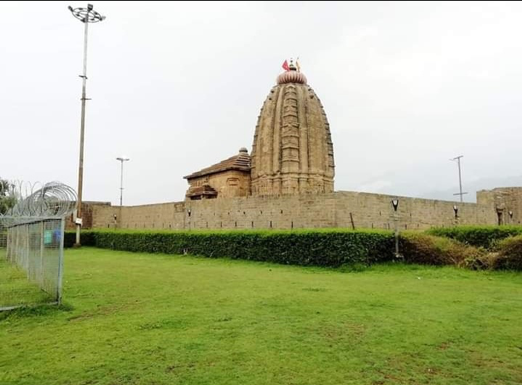 …and the superlative of all superlatives …… the great Vaidyanath temple of the Baijnath Town,  is about 36 kms from the Kangra town on the Pathankot-Mandi Highway.

In a diamantine grace, it mimics the peaks of Dhauladhars, on its backdrop, both seemingly introspecting on the vastness of the azure sky.

The small Baijnath town derives its name from this temple, embracing a distinction of the sanctum with suave telltales. Dussehra is never celebrated here for this is the place where Ravana placed the Shivalingam on the ground, which perpetually became the seat of Lord Shiva. 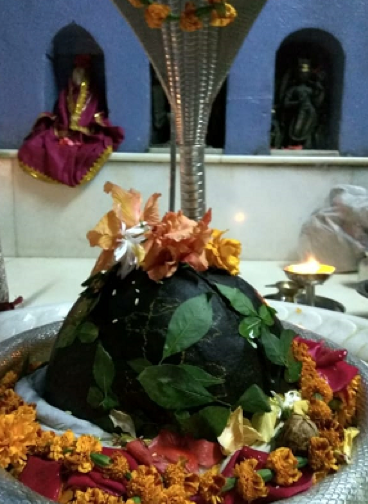 This hallowed place was once known as Kiragrama, an appellation bearing to the tribe of Kiratas who once inhabited this region. The mention of the Kirata king Rana Lakshmanchandra, can be found on the two inscriptions engraved on its mandapa walls which also furnish the information about its architects Nayaka and Thoduka, the master craftsman Somu and the merchant brothers Manyaka and Ahuka under whose auspices it was built. The inscriptions found at the site compass around 1204 AD, which is unanimously acknowledged by the research scholars.

The temple complex is built in mesmerizing panchyatana style with four smaller subsidiary shrines at the corners. The statue of Nandi, at the foyer of the temple, faces towards Lord Shiva in absolute equanimity and devotion, meanwhile establishing the majesty of our Lord Divine. 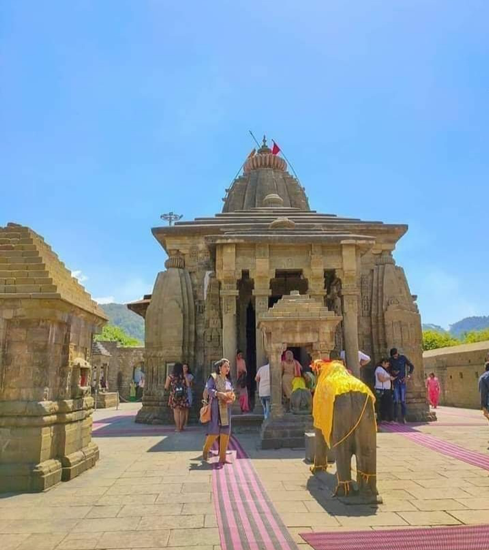 The images of Surya, Kartikkeya and Chamunda don the side walls of the garbhagriha(sanctum sanctorum) of the temple. One of the noteworthy features is that river goddesses Ganges and Yamuna grace the entrance to mandapa, which reflects the significance of these rivers in the ancient times. The ornate architecture of Baijnath temple has inspired the temples of Trilokinath and Panchvaktra in the Mandi town.

Other stone temples constructed along the banks of the river Beas can be said to have built in the style akin to the one perfected by the architects of Baijnath Temple. Also, the intricate carvings on its walls commend that more than one sculptor were involved in its making. The sculptures are fluid and chiseled in such perfection that the effigies of Ellora and Elephanta are brought to our immediate attention.

Baijnath temple is our heritage and our prestige. It has survived the throes of human invasions and natural calamities since the time it was built. In the end, here are the few lines to describe its beauty:

I asked for one

Emeralds at my feet;

And lapis lazuli above my head

How would I leave now?

With the hands so laden!