Mussoorie: Bearing the brunt of global warming because of climate change, the fragile ecology of Indian Himalayan Region that supports large river systems and populations of the vast Indo-Gangetic plains drew attention at the Himalayan Conclave here with other serious issues confronting the region brought on the table.

Host Trivendra Singh Rawat, chief minister Uttarakhand welcoming the conclave delegates said there was a consensus in the country for preservation and safeguarding the Himalayan ecosystem as it was linked to the future of the country. He said the principal agenda of the conclave was water conservation

It was the Himalayan glaciers that feed the headwaters of important North Indian rivers which are responsible for the well being of millions who live in the Indo-Gangetic plains, said Rawat. It is not without reason that the region is called the ‘Water Towers of Asia’.

Acknowledging the role of the Himalayan states as the custodian of its environment Nirmala Sitharaman, the Union Finance Minister in the her address said that here needed to be long term strategies in place for protecting the fragile Himalayan ecology. 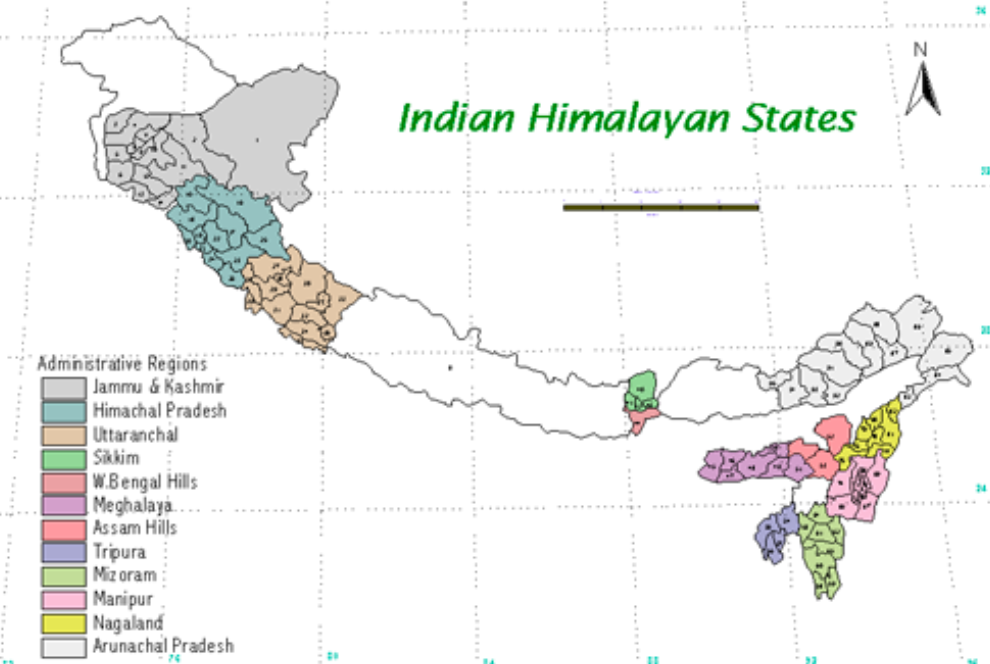 With the Indian Himalayan Region stretching across 10 Indian states, 2 districts each of Assam and Bengal and running along 2500 Kms of mountain ranges between Indus River basin in the North West and Brahmaputra in the east, the strategic importance of it sharing borders with 6 countries, which includes China and Pakistan,

Sitharaman said, “proper infrastructure must be created in border areas of these states to check migration of people from these areas which makes the border areas vulnerable.”

She emphasised that proper balance between development of Himalayan States and other states of the country needed to be maintained.

Prime Minister Narendra Modi had set out a target of converting India into a 5 trillion economy and the Himalayan states need support for that,  said Thakur.

‘Because of our geography, the cost of providing services and developing infrastructure require more funds in comparison to non Himalayan states. We also have to engage more employees so as to provide basic services and a large part of our funds go towards paying salaries,” he said.

About lost opportunity costs in maintaining large forest areas Jai Ram said “near 66 per cent of Himachal’s geography is forests and if scientific silviculture practices are permitted, we could garner Rs 4000 crore as additional annual revenue. However, due to national laws and orders of courts, we are neither able to get revenue from our forest wealth, nor undertake developmental activities.

He demanded that the state should be suitably compensated.

Highlighting the fact that state was scoring well on several development parameters, the chief minister said that Himachal was one of the few Himalayan states where migration from villages was not a major problem.

“We do have constraints about rail, road and air connectivity,” said Jai Ram.

The chief minister lamented that after implementation of GST, Himachal had witnessed a huge fall in income. He asked the Finance Commission to do a proper evaluation of GST for the remaining 33 months.

“Since most Himalayan states largely depend on the centre for their financial management but after scraping of the Planning Commission, these states were facing a lot of financial hardships,” said the Himachal chief minister.

He urged the union government and the Finance Commission to provide adequate revenue deficit grant to the Himalayan states so that they have adequate funds for capital investment.

Chowna Mein, deputy chief minister of Aurnachal Pradesh pointed out that Arunachal had a 82% forest cover and all the Himalayan states taken together did help the country in meeting its commitments under environment treaties.

Spread over 591,000 square km and inhabited by 3.8% of the countries population, the Himalayan zone shelters about 36% of India’s biodiversity and with more than 41.5% of its area under forest cover, it makes for about 1/3rd of the country’s total forest cover.

There is also a need to take into account the cost disability factor while arriving at the funds devolution formula,” said Chowna Mein, “It is proven fact that the cost of providing services, infrastructure in the Himalayan states was almost 2.5 time that of non Himalayan states,” he added.

The hostile topography and associated challenges, given our strategic importance, there was a need to recognise the special funding needs of Arunachal Pradesh, the only Himalayan state which did not get the benefit of externally funded project because of strong Chinese opposition,” said the deputy chief minister of Arunachal Pradesh.

T.J Lalnuntluanga, law and environment minister of Mizoram asked for adequate funds to improve the border roads of the state.

Tripura minister Lt.General Manoj Kanti Deb also shared his views on the occasion.Chief Economic Advisor to the Chief Minister of Sikkim, Mahendra P.Lama outlined the vision of Sikkim Chief Minister for building new Sikkim. Advisor to the Governor Jammu and Kashmir ,K.K.Sharma and representative of Manipur also spoke about problem of their state at the conclave.

Economist and vice-chairman of Niti Aayog Rajiv Kumar speaking on water conservation and sustainable development stressed upon the need to institutionalise the Himalayan Conclave by making it into an annual discussion forum for concerted policy actions.

“Given the strategic importance of the region, there was need to focus on developing infrastructure in the border areas,” said Rajiv Kumar. 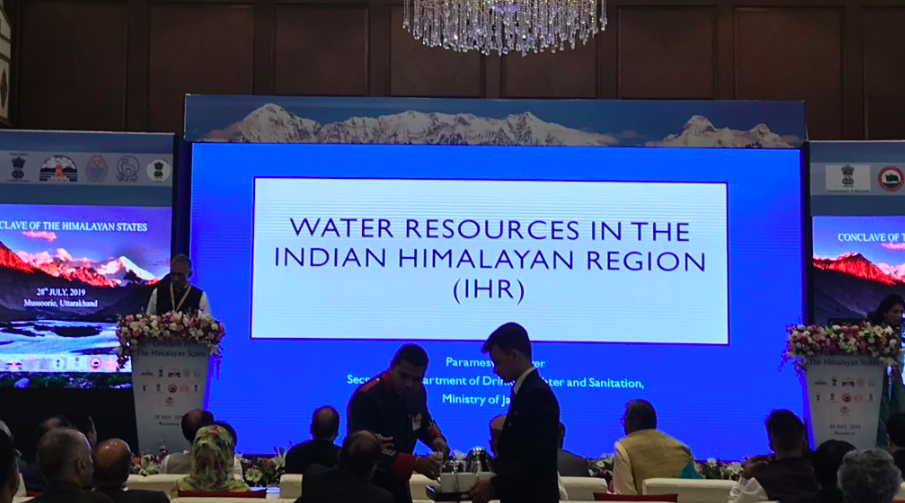 Secretary Water and Sanitation Parameshwaran Iyer narrated his first job experience as SDM of Dehradun where he had to trek to Sateli village and got to experience first hand the development challenges the region faced.

Though about 60% of the water sources of the country originate in the Himalayas, Iyer pointed out that over the last 70 years ecological degradation, unplanned development and not planting of native trees had reduced the per capita availability of water in the country. Communities need to take charge and responsibility for playing a role in water conservation, said Iyer.

National Disaster Management Authority Kamal Kishore threw light on cause of disasters in Himalayan region and steps to mitigate the same.

Barring any representation from Assam, the chief ministers of Uttarakhand, Himachal Pradesh, Meghalaya, Nagaland and representatives of Mizoram, Aurnachal Pradesh, Sikkim, Jammu & Kashmir, Manipur and Tripura, on the occasion also signed the Mussoorie resolution for protecting and conserving the rich Himalayan heritage and ethos.