A renowned historian of the Himalaya, Chetan Singh has impeccable credentials. The construct defines spaces and communities and subsequently moves to the idea of the state as it existed in the area that is today’s Himachal Pradesh.

Human migration with all its agony, hardship and hope was responsible for settling the higher hills of Himachal Pradesh. Around those small early settlements, there may have been considerable natural beauty, but that alone could not put food on the table. For all the perceived simplicity of pastoral life in these isolated montane tracts, there was a complex array of relationships and systems that had evolved over centuries. Almost all the seemingly scattered communities were integrated within a broader framework.  These connects were both formal and informal and in turn, they broadly defined the process of living in the hills. 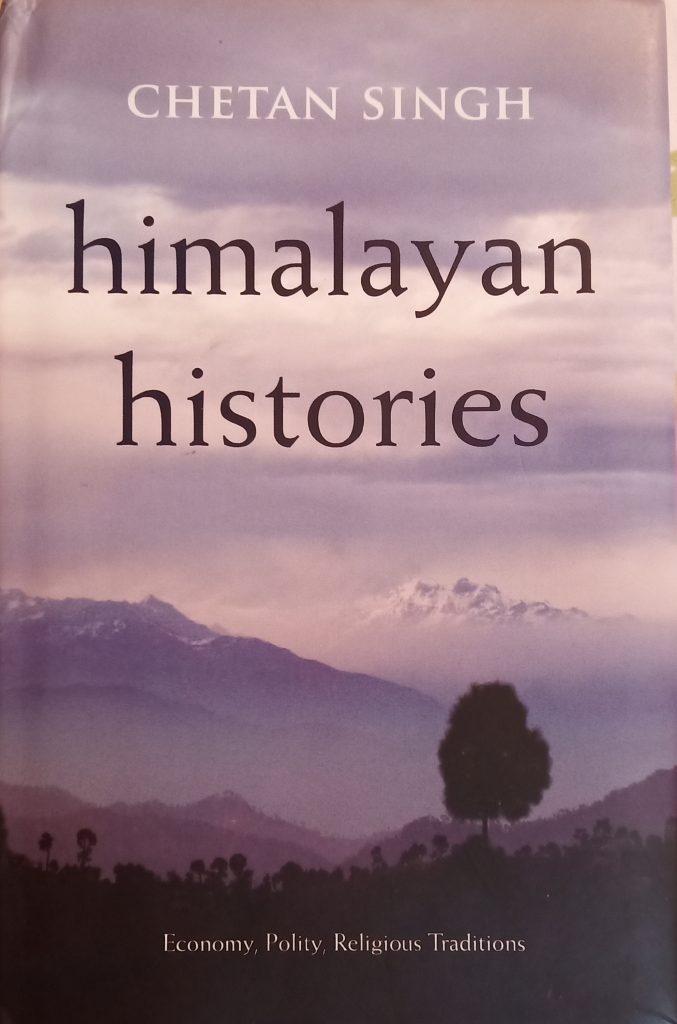 Unlike some of the more prominent and larger settlements that lay alongside rivers, sources of history from the hills are scant. Records that predate the arrival of the British in the nineteenth century are virtually absent. Oral histories – which are not necessarily reliable – and local legends have woven themselves almost seamlessly into traditions and perceived history. Polity drew on religion for affirmation and often, sustenance. When the colonial towns were founded in the nineteenth century, the British settlers often treated these sparsely populated areas as vast blank spaces over which they could write their own story. This added to the myth that barring dynastic changes or battles, these were areas without history. The story of a family would be taken as much the same as that of its ancestors.

As a result, almost nothing was known of the people of the hills. Chetan Singh’s Himalayan Histories is a much-needed study and as the author of a sophisticated volume on the subject, Singh is eminently suitable. A renowned historian of the Himalaya, Singh has impeccable credentials. He knows the ground that he talks of and he is versant with the theoretical frameworks – in both the global and local context – to place and analyse his material. The approach is, expectedly, scholarly and the language carefully structured and each word seems to have been chosen with great care. The construct defines spaces and communities and subsequently moves to the idea of the state as it existed in the area that is today’s Himachal Pradesh.

The study systematically removes the idea that the tiny villages of the hills were totally self-contained and politically and socially isolated. For example, the migration of trader-pastoral communities not only supplemented incomes but also reinforced interdependence and allegiances. The volume also explores the role of community consciousness – as in the role of the ‘Dum’ protests. The fine chapter on polyandry explores customary rights of inheritance and the social relationships built around the pivotal unit of the household and family.

Himalayan Histories comes at a time when the hills are undergoing considerable changes. Within the span of half a generation, connectivity has taken a leap and the environment has taken a plunge. This is an excellent book for both the scholar and the casual reader who wish to understand the history, economy, polity and religious traditions of the hills of Himachal.