In Ancient Greece wreaths of ivy were used to crown victorious athletes. In Ancient Rome it was believed that a wreath of ivy could prevent a person from becoming drunk, and such a wreath was worn by Bacchus, the god of intoxication, where the plant represents female divinity.

The other day, my potted ivies exhibited in the INTERNATIONAL SUMMER FESTIVAL SHIMLA- SAGES Flower Show were ‘objects to envy’; even a gardener turned activist insisted to hide the tag; may be to ward off the Evil Eye. 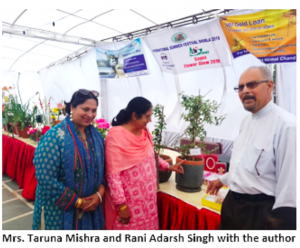 The clinging nature of ivy makes it a symbol of love and friendship. There was once a tradition of priests giving ivy to newlyweds. 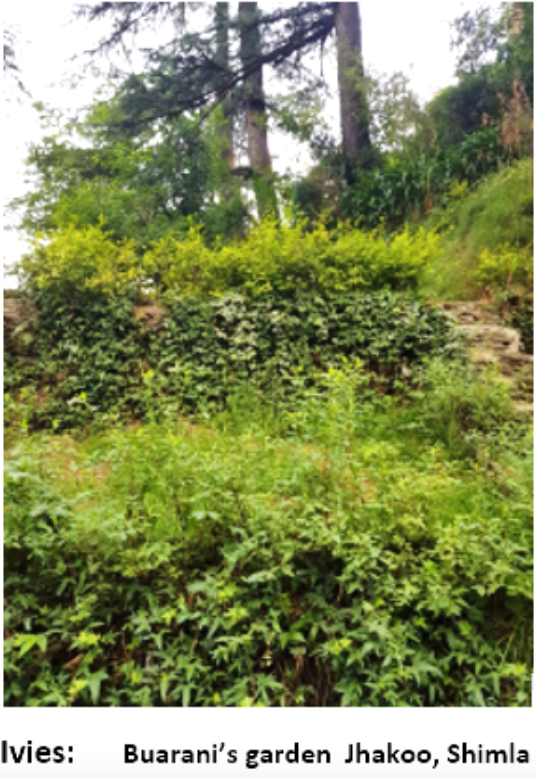 Ivy-covered ruins were a staple of the Romantic Movement in landscape painting. 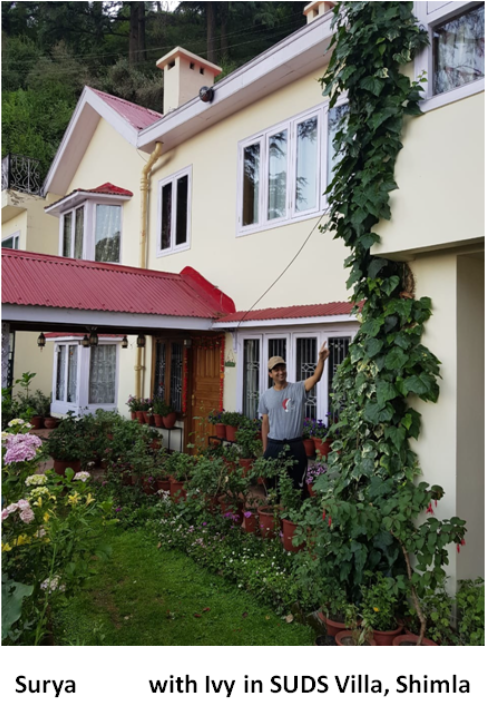 ‘Your Ivy creeper is attractive’ I said- looking at, on our morning walk over Forest Hill Road. He showed me in for the early tea.

“Our Ivy suffered stress during the renovation period. Now after a year or so, it has regenerated; we believe it greens the whole house. It is quick growing” says Surya of ‘SUDS Villa’