Manali: Thousands of freshwater trout was found dead at a fish farm here. The loss is being put at Rs 30 lakh. Owner of the fish farm has laid the blame on reckless digging for the foundation of the bridge over Pachnog Nullah, which has polluted the waters and has killed the fish at his farm. 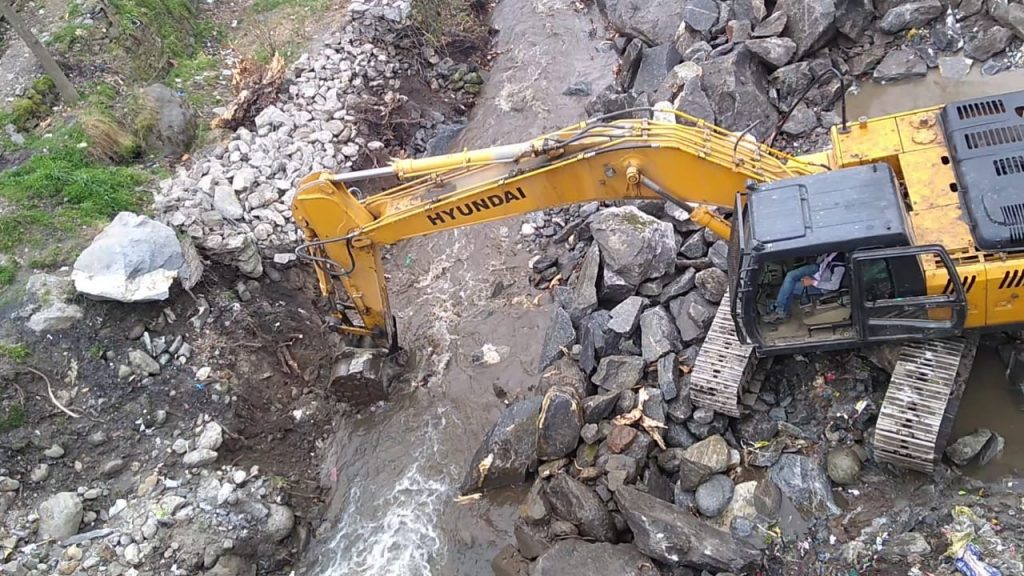 The muck from the digging was being dumped in the stream. The bridge is being constructed over Pachnog Nullah, near Haripur village on the left bank about 20 km from Manali.

Kushal Gupta trout farm operator used a nearby creek. He said the water with gravity is fed into his tanks and eventually returned to the creek.

He added as Muck in the water flow reduces oxygen levels in the water affecting the trout health, making them less hungry and slowing their growth. 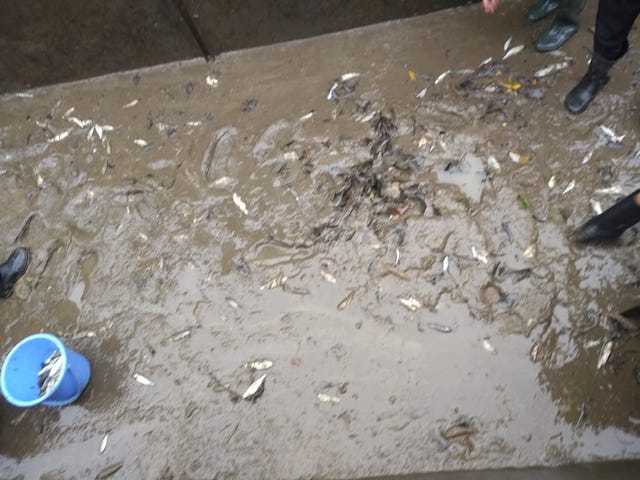 “When we had that real musk water, that caught us really unexpectedly and we probably lost maybe worth Rs 30 lakh.

Gupta currently supplies people with live-fish for their dams, as well as smoking and processing trout on site.

He added the lack of fresh water lead to stress-free harvesting. He explained “We then anaesthetise the fish before harvest so that there’s absolutely no stress in the fish at all.

Mahesh Kumar ,Deputy director fisheries department told the Hill Post that the fish confuse muck for an edible substance because micro-elements in the water pick up a covering of biological material, such as algae, that mimics the smell of food 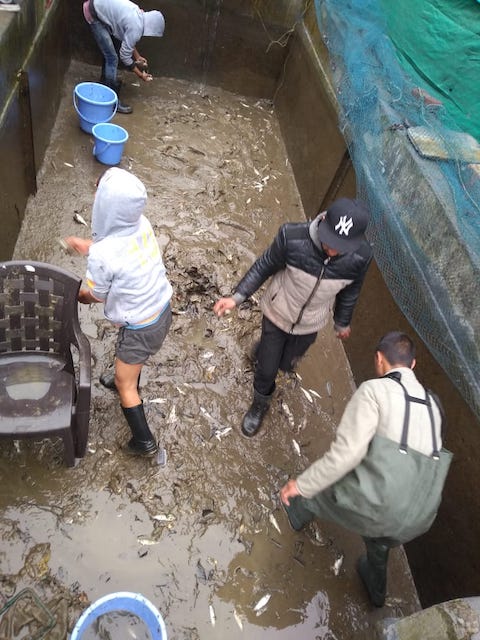 The Mahesh further said this was the first behavioural evidence that the chemical signature of  debris was attractive to a  organism, and reinforces other work suggesting the odour could be significant.

He said the  an additional danger of debris in the water, as it suggests that fish are not just ingesting the tiny pieces by accident, but actively seeking them out.

Mahesh Kumar, Deputy Director of the Fishery Department said : “When muck floats at water its surface gets colonised by algae within days or weeks, a process known as biofouling. According to him this algae produces and emits DMS, an algal based compound that certain water animals use to find food. He added muck may be more deceptive to fish. If muck both looks and smells like food, it is more difficult for animals like fish to distinguish it as not food.”

Muck debris in the stream water, ranging from the microscopic to large visible pieces, is recognised as a growing problem as it does not readily degrade and hundreds of thousands of tonnes are dumped. While the smallest pieces have been detected in the guts of even juvenile fish and mollusks.

Scientists have struggled to understand exactly how the massive increase in muck debris may be affecting the behaviour of fish and ecosystems..