Sub-divisional magistrate (SDM) of Manali Raman Gharsangi said that that vehicles trapped from in Lahaul valley because of early snow on the pass were allowed to move towards Manali today and on Saturday vehicles from Manali to Lahaul would be permitted on the road. 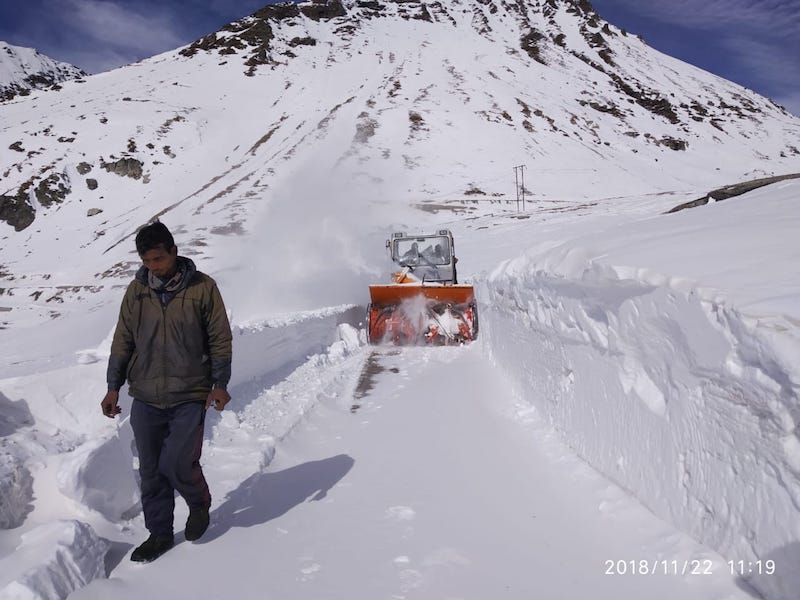 However, he cautioned that there were many spots which were very dangerous to drive on as there was ice on road. He requested all drivers taking the road to be very cautious, drive safely and asked them to maintain all safety protocols. Safety personnel deployed at Gulaba barrier and Marhi rescue post have been asked to remain on the alert so as to meet any exigency, said Gharsangi adding that the road was thrown open for traffic as it was a small window for moving supplies before heavy snow would close down the pass of another 5 to 6 months.

Earlier, the Border Roads Organisation (BRO) had decided to open the Rohtang pass after residents of Lahaul forcibly entered the Rohtang tunnel on Monday (19 November). 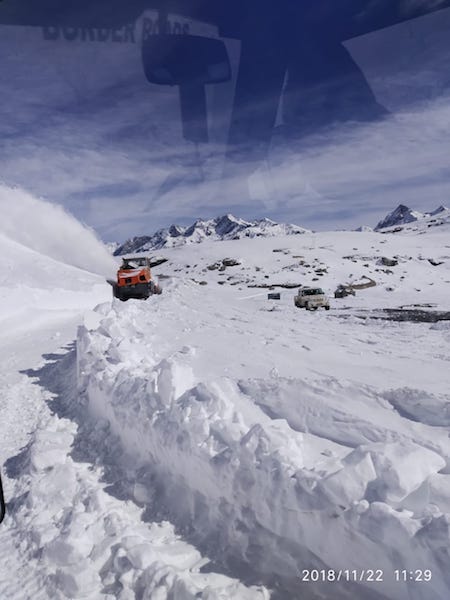 As per the report, around 60 people, including women and children, had entered the tunnel. The residents were waiting since morning without food to reach Manali via the Rohtang tunnel as the Rohtang pass had been closed since 12 November due to heavy snowfall.

However, the tunnel management didn’t allow them to enter the tunnel after which the residents entered the tunnel forcibly around midnight. They had only covered three km stretch of the tunnel when many of them started suffocating and fell unconscious. A rescue operation was then launched by the Lahaul administration. 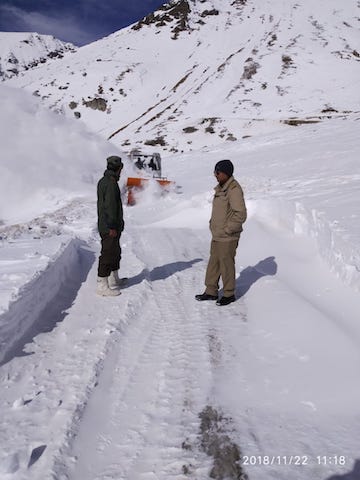 Two of the rescued persons were taken to Manali, from where one of them was referred to Chandigarh.

Lahaul-Spiti deputy commissioner Ashwini Kumar Chaudhari said the tunnel was not a safe passage and was used only in emergency cases. He said people had been advised to stay calm as the BRO had started clearing the snow.