Having got over the initial teething (tweeting?) problems, I am now discovering new worlds, though, like Christopher Columbus, they may not be the right ones

Neerja, my splendid wife of more than forty years ( I hope that doesn’t sound too proprietorial, a-la Section 397 IPC) has been hand holding me all this time, somewhat in the manner of Mr. Modi’s government, but in a more benevolent and caring way. She has been guiding me through the labyrinthine pathways of societal mores: telling me what to wear at marriages and funerals, what to eat and drink, which gods to pray to, which books to read, who to consort with, and so on. To extend the unkind comparison with Mr. Modi, I would be as lost without her as the country is with him. But of late I have noticed certain signs of weariness creeping up on her gentle visage, a-la Theresa Maybe: her body language now resembles less that of Mr. Modi and more that of Mrs. Sitharaman, post-Rafale; the narrowed eyes, the pursed lips, the NIKE look (” JUST DO IT !”). We appear to be heading for our very own Brexit, a kind of Lumpit. This has had me worried of late. Coincidentally, at about the same time my sons started regarding me as if I were a piece of coprolite from the Jurassic period and insisted that I jettison my trusty NOKIA feature phone of ten years and switch over to a smart phone. Get plugged in, Dad. Though I initially baulked at the idea, I soon realised that, without one of these newfangled digital limb extensions I may as well crawl into an early grave and allow the wife to claim the family pension. This world has become the planet of the Apps, as some wise chimp said; and I was discovering that without a smart phone and its apps one could not survive, with or without the Supreme Court mandated dignity: no order-in grub, no way to pay one’s bills or call a taxi or open an FD in a bank or book a hotel room or even have a conversation with someone. People don’t talk nowadays, they text, sext or vext, depending on whether they are feeling happy, horny or angry.. Even the dear about-to-be-departed want to buried with their smartphones next to them, just in case St. Peter has also joined the JIO club and decides to hold that final exit interview over Skype. Get a smartphone, dad, said my scions helpfully, so even if mom decides to ditch you, you will, like the Chelsea Football Club, never walk alone! 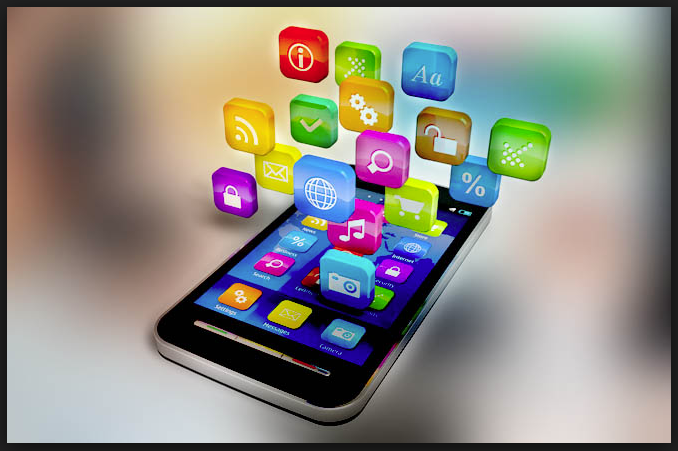 So I now have an ASUS phone (it works better than it sounds, though whichever pustule gave it that name should be fired forthwith for mixing up the digital with the rectal ). Having got over the initial teething (tweeting?) problems, I am now discovering new worlds, though, like Christopher Columbus, they may not be the right ones; I can’t wait to share them with my readers. Take, for example, the jokes. Doctors will soon discover that Whatsapp, not medicines, is the best cure for manic depression, dementia and Alzheimers: I am waiting for the day when the CGHS starts prescribing a smartphone and a JIO connection for my condition (I get depressed every time I think of Anup Jalota and how he can make pretty damsels dance to his bhajans when I can’t even get them to first bass, sorry, base). If you are in the right Group ( i.e. one which the government doesn’t consider seditious or urban naxal) you get a joke every ten minutes. They are usually about Rahul Gandhi or Kejriwal or Anup Jalota or Donald Trump, which is a good way to keep in touch with the politics of the day, which borders on the hilarious in any case. They are also about sex, which is also okay since the average Joe gets screwed every second minute of his life by either Aadhar, or the hospitals, or Uber, or his bank, or the police or Mr. Arun Jaitley, and we might as well laugh about it. Occasionally, however, one can receive a joke which rises above the profane or the lewd, a fine specimen of the ‘suggestio falsi’ or the ‘mot juste’ , an almost literary flourish like the following one, sent to me by a friend recently:

Stormy Daniels (if you don’t know who she is you should go back to your dumb-phone) walks into a church wearing a see through blouse.
PASTOR: You can’t come to church in a dress like this.
STORMY : But father I have a divine right.
PASTOR: You also have a divine left, dear, but you still can’t wear that blouse in church.

Now, isn’t that worthy of an Oscar Wilde or Groucho Marx? Why, even Ms Vrinda Grover and the feminist brigade might think twice before filing an FIR against the pastor. Notice also the politically correct and neutral stance of the pastor: he leans neither to the right nor the left, but stands erect, as it were; he doesn’t question the latent divinity of the figure before him; he makes no sexist comment, even though he quite clearly recognises the finer things in life. Surely there’s a lesson in here somewhere for our all testosterone driven politicians, Mr. M.J.Akbar included?

Take inter personal communication, what used to be known as talking or conversing before the IT chaps took over. Earlier I used to go days without consuming my allotted inventory of words (research shows that the average guy has a vocabulary of about 2500 words, not including ” bhaiyon aur beheno.”). The reason: nobody talks today, everybody uses Whatsapp. Till I acquired my smartphone, my conversation with my sons consisted exclusively of grammatical grunts ( they studied in BCS, Shimla). Now I engage in hour long ” chats” and “messaging” with them, though even here most of the substantial parts of the dialogue are conveyed through emojis. My addled senior citizen brain, however, has struggled to make sense of the millions of emojis floating around in the ethernet. What, for example, does one make of this ?? ? Is he giving me the finger or telling me to go suck it? Or this:?? Just what is it that is being conveyed to me- anger, disapproval, a constipated condition or that I should vote for the BJP or else? My worry is that we may be regressing to the stone age and losing the power of speech and/ or writing. Emojis are the equivalent of cave paintings of prehistoric days and they are well on the way to replacing language and script. I have only one remaining wish left in life ( apart, of course, from the desire to see at least three more Pay Commissions): to read the collected works of Shakespeare in emojis. After that it might as well be Gamesupp! ??