As things stand today in the Indian ‘Me Too’ movement, the dice is fully loaded in favour of the victim. All those who are being charged have very little voice or say in the matter.

‘Me Too’ movement seems to have caught the fancy of the nation in last few weeks. It started with Tanushree Dutta charging Nana Patekar with sexual misconduct that purportedly took place in 2008. Since then politicians, Bollywood biggies, media stalwarts and a few others too have been charged of sexual misconduct. The common link between all cases seems to be the time frame where no recent case that is a few weeks or months old seems to have been reported. Does this imply that sexual misconduct against females is not prevalent today? Was it only a phenomenon of yesteryears? Why is that in most cases it is reported only years after it happened? These are some of the questions that need to be answered to put the ‘Me Too’ movement in its correct perspective.

In principle there is no doubt that any misconduct – sexual or otherwise – against employees, colleagues or aspiring young people is wrong. Unfortunately given the male dominated Indian society nearly all cases of sexual misconduct are against women. Without a doubt they are also more vulnerable in this regard particularly in filmy, political, media and other such vocations where standard working hours are non-existent, seniors are armed with heavy clout, normal office environment is absent and aspirations of those who join these sectors run very high. The overall working environment in these sectors is perceived to be uninhibited, liberal and unconstrained. Thus there are some who do tend to misuse their position of authority or the clout to make or break careers. It may also be true to state that all those who enter such careers do understand this hard fact and hope against hope that they will not fall victims to such machinations. Unfortunately some aspirants either accept or keep condoning such misconduct as part of the price to pay to reach greater heights. Many get disappointed and dump their aspirations and look for different pastures. It only leaves a few courageous people who have the will to expose and fight such predators who prey on their junior colleagues and employees. The last category has to make a lot of sacrifices including facing public shaming by the mighty and powerful apart from loss of careers.

Is the ‘Me Too’ movement aimed at shaming the perpetuators and cleansing the system or is it about seeking conviction and punishment for those who have been charged by various victims of sexual harassment? If the aim is to bring perpetuators to book and seek their conviction then it becomes a different ball game. In such cases invariably many questions will come up that the victims may have to face. Why did the victim keep quiet for so long? If she did report did she follow it up seriously, if not why? In cases of repeated sexual harassment the victim may have to answer why she allowed repeated exploitation? Why did she not back off or report the same? Did she gain from such exploitation? Is she reporting the offence at this stage because she has failed in her career and has nothing to lose now? There could be many more embarrassing questions that the legal fraternity may throw at the victim and she may find herself short of answers. If the victim cannot prove her case then she may be in for more trouble as those charged may go on the offensive and seek damages to reputation and career. 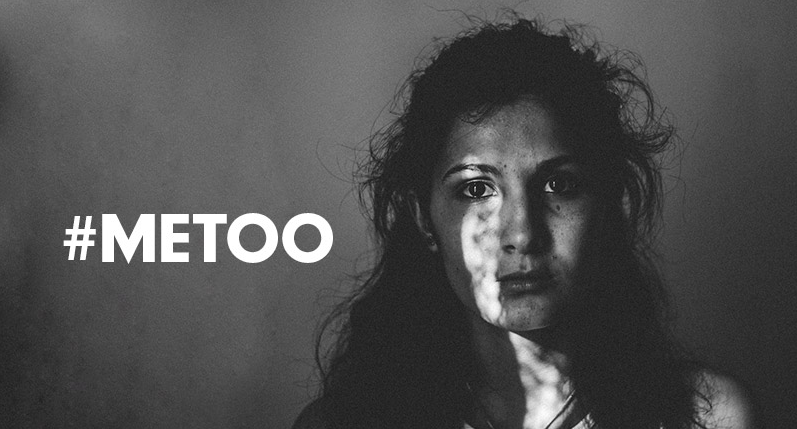 If it is about shaming the accused and cleansing the system, then without a doubt it must be done. The authorities concerned must take note and safeguards must be incorporated to prevent exploitation of women. In most cases the person who has been shamed is likely to lie low if the story is true. His standing in society and at place of work, if he is still working, would certainly take a beating. If some aggrieved individual who has been shamed feels he is being victimised then he can seek redressal through legal means. In that case it is up to the victim to prove her charges and for courts to decide on the verdict. The society as a whole needs to take a serious note too. Apart from banishing such individuals from their work places and social circles, it should encourage development of a more congenial work environment where female harassment and sexual exploitation does not find any place. This is where colleagues and other employees can play a big role. More importantly in case of any aberration the environment must encourage victims to speak up in real time without the fear of any social stigma and ensure speedy action.

As things stand today in the Indian ‘Me Too’ movement, the dice is fully loaded in favour of the victim. All those who are being charged have very little voice or say in the matter. The media is happy since their TRPs are on a roll. Many victims and nearly all those who are accused are celebrities and that helps in taking TRPs northwards. Media can claim that it is generating awareness so that the problem can be understood and debated within the society and hopefully solutions found. To that extent media has a valid point. But where it goes wrong is when it resorts to the proverbial ‘trial by media’ even before the courts step in – if at all they do. As things stand most allegations are likely to remain so while only a few may actually be pursued in the courts. After all legally speaking it is word of one individual against the other in many cases. While some witnesses may have the courage to come forward, many may not wish to get embroiled at this late stage. Thus the onus is on media to be balanced in their approach and not to overplay any unsubstantiated charges.

Many enthusiastic women organisations and activists argue that it is very difficult for a woman to speak up about sexual harassment for obvious reasons. This is certainly true but does it imply that if the victim is a female she is always right? One cannot rule out the possibility of some false or frivolous claims of sexual harassment that have the potential to damage reputations and careers of those who are charged. In fact it may not be wrong to say that in such cases the victimisation hat shifts to those who are charged and they become victims. Will the media or society treat them as victims? Despite false allegations would they not find it difficult to be part of the society where once they had an enviable standing and were held in high esteem? Surely if it is difficult for a woman victim to speak up, it is equally difficult for a man if he is implicated falsely.

Some of the accusations do raise a lot of questions. A case in point is the charges levied by Kangana Ranawat against Vikas Bahl. If Kangana was uncomfortable with his behaviour during shooting of Queen in 2013-14, she should have called his bluff and at least threatened to quit the movie, even if it was partly done. After all no producer could have canned the film at that stage and Kangana was already a big star in her own right. In all probability Vikas would have had no option but to back off and may have even lost out in the industry many years ago because of the exposure. Kangana’s firm stand may have saved embarrassment to a few others in later years. Will it be right to say that Kangna did not act when she needed to but is now jumping on the band wagon? Today everyone is saying that Alok Nath was a known alcoholic and a serial offender who lost control of himself after a few drinks. If that be so why would anyone female from the production team go to his room after the shoot or late at night even if it was for work? If there was an urgent need it should have been in a more open space with few others around. If the producers and others responsible during the shooting coerced a female to go then they are equally to be blamed. Lastly the producers and directors need to answer as to why they hired known sexual offenders and put their colleagues at risk? Same logic is true for media houses. Politics however is totally another matter since when it comes to Indian politics nearly everything is dirty and acceptable to all politicians and their parties – and unfortunately to most voters too.

Now that ‘Me Too’ has gained momentum it may be best to use the movement to educate future generations and to instil confidence in them to be able to speak up when it happens and not wait for decades at times. Known offenders must not be shielded whatever be their stature in their field. If a girl cannot speak up, surely there will be others in the team who know what goes on and they should speak up. Young girls cannot be left to fend for themselves in such an environment. It would be naïve to assume that there is no sexual exploitation today. It is likely to be more than yesteryears since today’s young females who wish to join films, media or politics are more determined to reach greater heights in a short time. While they may be ready to accept a few challenges on their way up, some among them may also be ready to compromise if that opens the doors to success. Harsh as it may sound but that is the truth and that is where the problem lies. If a few give in, the perpetuators then presume others too will give in. That is the myth that needs to be broken so that young females are not taken for granted by anyone.

Many in opposition and others who have grudges against the present government have linked ‘Beti Bachao Beti Padhao’ campaign with ‘Me Too”. This linking is only malicious in nature and aimed at belittling the government’s initiative. ‘Beti Bachao Beti Padhao’ campaign is for girl child aimed at preventing girl infanticide on one hand and ensuring that the girl child gets as good an education as any other child so that she can stand on her own two feet once she grows up. If that happens it will be a natural fallout that she will be more confident, aware and be able to take care of herself if she ever finds herself in an awkward situation. Hopefully this will also empower a girl to say ‘NO’ emphatically instead of being undecided or ambiguous that the exploiters assume as a ‘YES’ or ‘MAYBE’.